This is a guest post by Mehdi, author of StrongLifts.com. 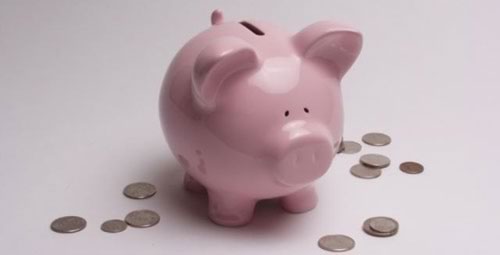 How much do you save? I hope you put money aside. You don't? Neither did I until a few years ago. How do you become a money saver? I'll first tell you how you don't: Not by using discipline or willpower. Discipline and willpower only work in the short-term.

What works in the long-term is understanding your spending habits. Once you understand, you can change by building new habits. That's how you become a money saver. And that's the topic of this post — ten ways to build the habit of saving money.

A goal will give you a reason to save money. If you have multiple desires, start with one goal. Once achieved, set a second one.

2. Set a Deadline. Set a date by which you want your goal achieved. Write both on a piece of paper. Put it somewhere you can look at it multiple times a day — your nightstand, for example. Look at your goal and deadline on waking and before sleeping. It will remind you why you're saving money.

3. Track Expenses. You probably have an idea of how much you spend, but unless you keep track of every cent, that idea is inaccurate at best. Here's a simple way to track your expenses. You probably carry a phone wherever you go. Note everything you spend in your calendar. When you get home, copy everything to your personal finance tool. At the end of the month you'll know exactly how much money you've spent and on what.

4. Analyze Costs. Check where your money goes. Reduce and remove costs. The first time you analyze your expenses can be shocking. The more the better. This is your first wake up call.

5. Make a Budget. Calculate how much money you need for:

Remove costs from income. Now you know how much you can save each month. Even if it's not much, it's better than nothing.

6. Pay Yourself First. Make the first bill you pay each month the one to your savings account. Just like all your other bills, there's no way around. You must pay it month after month, unless you're in debt. Then the rule becomes: “Pay Your Debts First”.

7. Earn More Save More. Save a fixed percentage of your income. This way, as your income goes up, so will your savings. 20% is a good start. You can't? Then you're living beyond your means. Time to wake up.

8. Think Saving. If you have money left at the end of the month: save it. You don't need to spend every cent earned. It's okay to buy things. But make sure you really need them — don't spend just for the sake of spending.

Next time you buy something, ask yourself: Why am I buying this? What are my real motives? Don't judge. Just notice.

It takes time, but once you get it, it's eye-opening. Your life will be simpler and you'll avoid many financial headaches. Trying to keep the pace with others is a never-ending game, one you can't win. Wake up.

10. Read Get Rich Slowly. Your environment influences your personality, and thus your habits. If you want to build the habit of saving money, surround yourself with people who save money. Get Rich Slowly is a good place to start. Subscribe. Read it on a daily basis. J.D.'s tips will become your second nature. You'll become a money saver in no time.

Bonus Tip: Write this next to your goal and deadline: If I don't save now, I'll never have money. No matter how much I earn.

Mehdi is author of StrongLifts.com, a blog helping you build muscle and lose fat through strength training. Popular articles include the Beginner Strength Training Program and the Anabolic Diet.

There are 44 reader responses to "10 Ways to Build the Habit of Saving Money".