As a test once, I signed up for a subscription to Entertainment Weekly using the name of our cat, Simon. Sure enough, Simon started to receive his very own junk mail — not that he could read it. When we moved in 2004, Simon stopped receiving mail.

Simon never received any credit card offers, but I suspect that's just because we never gave it enough time. CBS 2 Chicago has a story of a five-year-old who applied for a credit card — and got it.

An Aurora mom was somewhat amused last April when she received a credit card application addressed to her then-5-year-old son. As a test she had young Bennett Christiansen fill out the application and she sent it in. She was stunned when Bank of America sent her kid a shiny new card with a $600 limit.

Bennett even put his real birthday (in 2002) and income ($0), but still was approved. If Bank of America will give a six-year-old a credit card, then surely they'll give one to my cat, right? After all, Simon has wants needs: tuna, tuna, and more tuna.

Though this story is amusing, it demonstrates how lax banks can be when issuing credit cards. They don't have the consumer's best interest at heart. Their goal is to snag as many customers as possible because they know a large portion of them will carry balances and pay monthly finance charges. It's a numbers game. The more people they can get to sign up, the more debtors they'll have as an income source. They don't even care if the people are real: 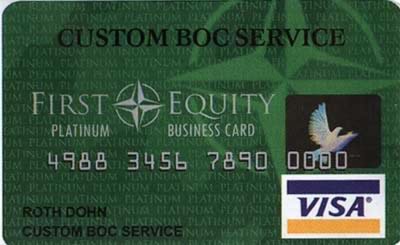 Remember that you can use services like OptOutPrescreen.com and GreenDimes to eliminate unsolicited credit card offers. This keeps you (or your five-year-old — or your cat) from temptation and reduces the chance of identity theft.

[CBS 2 Chicago: Mom shocked when 6-year-old gets credit card, via The Consumerist and Matildaben]

There are 50 reader responses to "A six-year-old with a credit card".