I'm back from vacation. It's awesome to be home and to not be spending money anymore!

Ireland was good. London was great. But New York — wow! New York was amazing. It far exceeded my expectations. I'm a small-town boy, no question, but I can still appreciate the big city. 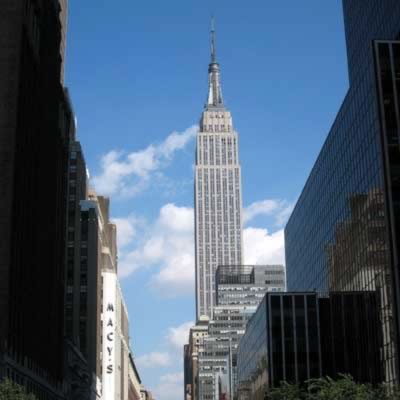 New York is expensive, though. It's at least as expensive as London or Dublin even without an unfavorable exchange rate. Yet I was able to spend much less there than in the other cities. Was this because by the end of the trip I had developed greater discipline? Perhaps. But I think it's mostly due to the fact that I know how things work in the U.S. I know how to find and do cheap things here, even in a strange city. That wasn't true in England and Ireland.

One thing this trip taught me, though, is that there are lots of great, cheap things to do in any big city. Some of the big attractions cost money, but there are plenty that are provided free (or for a nominal fee). If you can find a good deal on airfare and/or lodging, you can take a very inexpensive vacation to a big city, if that's your thing. Also, you'll do best by vacationing in a country with a favorable exchange rate.

This vacation allowed me to test budgeting in a sort of microcosm. Instead of an ongoing budget for my entire life, I established a short-term $100/day budget for the three weeks we were gone. I didn't divide this into categories like food, entertainment, museums, etc. but in every other way I treated this like a normal budget. By tracking my expenditures, and by adhering to this budget, I was able to plan ahead for big expenses or to compensate for unexpected splurges.

For example, while in London I was tempted to see Spamalot, the musical adaptation of Monty Python and the Holy Grail. (I'm a fan of both Monty Python and musical theater, so this is a perfect combination.) I never got the chance. Upon arriving in New York, however, I saw that Spamalot was playing just down the street from our hotel. By restricting my spending for a couple of days, I was able to afford tickets to Spamalot and splurge for a nice meal, all without blowing the budget. These were two expensive activities, but they were worth it to me, especially since I knew I could afford it, and because I had planned ahead.

Ultimately, I spent $2067.43 on this trip, which was right at my budgeted amount. I had hoped to spend half that, but a variety of factors — including my own inclinations — worked against me. (I came home with a few books and a couple woolen sweaters.) In a way, this makes me sad. It's not that I mind spending money when I know that I have it — and I had saved up for this trip — but over the past two years I've become focused on my financial goals, and sometimes I get disappointed when I'm not always striving to meet them.

Things will return to normal now, though. It's nice not to be spending $100 every day. Yesterday I spent $6 on lunch from my favorite Chinese restaurant. In a few minutes, Kris and I will make a trip to the farmers market to pick up some fresh produce. Mostly, though, I've been working in the yard and sleeping. Neither of these things costs a dime.

Thanks to everyone who contributed a guest post in my absence. There are still a few guest-posts scheduled for the near future as I work to dig myself out from under the mountain of e-mail. If you would like to write for Get Rich Slowly, please drop me a line.

Finally, special thanks to Jericho Hill, who not only provided a three-part series on renovating an old house, but also worked behind the scenes to moderate comments on the blog and to keep the message board up-and-running. Thanks, Jericho!

How to budget for an irregular income

The Tyranny of Stuff

Man, I’m glad you’re back … I enjoyed all the guest posts, but I have to admit that I really missed your relentlessly functional, very clear, less-is-more approach to writing. That’s right, I come here just as much for the “voice” and language as I do for the subject matter. Anyway, I’m glad you got a break, and I can’t wait to see what you have in store for us readers.

Welcome back. I think you did very well and the whole point of a vacation is to take a break from everything (including frugal living). I’m not saying go wild, but I think you did well. You enjoyed some finer things and budgeted yourself in such a way that you didn’t place a total strangle hold on your actvities. Well done…

Hey JD & Kris –
Welcome back!! I echo the thoughts of Dave by 100% – great to have you back. Glad you enjoyed the trip and very much looking forward to your ‘voice’. Isn’t it great to be back in your own home? Every time we come back from a short or long trip, just walking in the door to the familiar smell of our home makes us realize how much we love it. 🙂

Glad you had a great trip J.D.! As for your thoughts on activities in big cities, I’m totally in agreement. That’s a main reason we love living in that type of setting, because there are practically endless opportunities for recreation and entertainment and more, and so much of it is at low or no cost. Of course cheap and free activities can be found anywhere. I guess it depends quite a bit on the type of activities one is looking for. I find that paying more to live in such an environment often pays off because of how much one… Read more »

J.D., don’t give yourself too much of a hard time – you kept a reasonable budget that allowed you to take advantage of your trip to all these exciting destinations – it seems like you found the middle ground between splurge and so frugal that you would have missed part of the experience. Having gone to Europe as a college student, it was great to just eat bread and cheese for most meals and save my money for museums and drinks. But when I went to Italy a few years ago with my husband, we found cheap hotels/rooms and did… Read more »

Glad to have you back…I second Dave’s comments above. I’ve missed your writings.

You’ve peaked my interest in NY. A good friend of mine went recently, and between the two of your stories, I think I’ll make some plans for a trip. I assume you’ll be writing a little about it…it’ll be interesting to hear your perspective.

Glad you’re back. As a native New Yorker, it is only when you go to Europe and see London, Paris or Rome that you realize what a great, international city Manhattan is! We rock!

“Ireland was good” is lukewarm, which is how I felt after my first trip there. That trip was just like yours: by train, hitting Dublin, Cork City, and parts of Kerry. In fact I didn’t really like Ireland at all based on that first visit. For all my subsequent trips, however, I rented a car and spent most of my time along the west coast (mostly Clare and Galway) and that’s a very different Ireland from the one you experienced. If you ever go back, rent a car, it’ll be worth it!

Welcome back; glad you and Kris have returned safe and sound. Thanks for recruiting such a diverse gang for guest posts. Cross-pollinization is good. 🙂

If your day in Manhattan was Saturday, you lucked out with a gorgeous day for tourism. I stopped working in the city in March, and I do miss the spectacle and bustle (though not the commute back & forth from NJ!). Note for your next NYC trip: Be sure to sneak out to an outer borough at least once. The Brooklyn Botanical Gardens and the Bronx Zoo are two good choices!

Welcome Back JD!
I’m impresses to see how well you planned your vacations and how you stuck with your budget. Good for you.

Wow, actually $2k isn’t bad for the length of time you were gone, unfavorable exchange rate, and the fact that you were over there in high season (summer).

I gotta disagree with you that New York is as expensive as London. I was in London in May. The prices were beyond expensive: $8 to ride the subway? A sandwich and a drink for $20? At least the major museums, including the British Museum and the National Gallery, were free.

Grace, that’s because the dollar is so very weak these days. Yes, London is expensive, but the woeful state of your currency makes things a hell of a lot more so.

Of course, this also makes NYC and environs cheap for us Brits!

i just got back from hawaii too.. i like traveling in a big group because we save a lot of money that way

my cousin works for the airline so i was able to get a stand by flight ($100 each way).. SF to Honolulu

so that’s basically $380 for a round trip flight, hotel, and transportation.. not bad =)

I am a type of person who loves luxury (nice hotel rooms, good food) while on vacation. I want to stay on a budget though. I am attempting to do this on a future vacation. I would LOVE to read a future post with new tips!