Bad money habits, like other bad habits, can be tough to break. Relying on willpower alone to stop cold turkey makes us long even more for the Stuff or the behavior that we've forbidden ourselves. The focus becomes solely on what we can't have, which sets us up for failure. We'll lapse, feel guilty, and the cycle repeats. 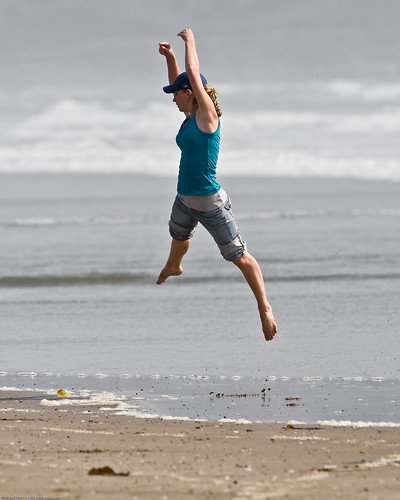 Think about people who lose 70 pounds on a carb-free diet, only to regain the weight, and usually more.

Another example is someone who shops and overspends because he feels depressed. He gets a temporary high when he acquires the new Stuff. Unfortunately, his depression will return and worsen when he starts to feel guilty for spending too much money on things he didn't really want or need. Maybe he'll vow to curb spending temporarily, but then the depression leads to shopping and spending again as he looks for that temporary high.

Each of us create patterns or habits that we fall back on in specific situations. In the example of the overspender, he feels depressed, so his habit to relieve the depression is to shop. This pattern is so deeply entrenched that “willing” himself to stop isn't enough. Forcing himself to say no to shopping without changing anything else will fail because it feels like punishment, and he's too accustomed to his patterns.

It's a vicious cycle, but there are ways out of the loop that are much more effective than willpower. If willpower were the answer, the majority of Americans would be slim and fit with a six-month emergency fund in the bank.

Habit is habit, and not to be flung out of the window by any man, but coaxed downstairs a step at a time. — Mark Twain

Step one: Awareness
The first step to changing bad habits is to become aware of the habit. Most of the time we follow our well-worn patterns without giving much thought to how we got to the end point. In the case of the emotional over-spender, he might be shocked by his bank balance at the end of the month and wonder how he could have spent so much money.

If he sets the intention to become aware of when he is spending, he can start to ask himself why he is there in the store, spending more money than he should. He'll start to recognize that he's shopping because he feels anxious or sad.

This isn't an exercise in self-discipline. The point is not to criticize himself for what he is doing or to feel like a failure. In fact, that is counterproductive and would prevent him from observing the pattern. The goal is to accept the impulses, not shut them down.

When we acknowledge a behavior, we draw our attention to it. With time, we become aware of our actions sooner and sooner in the chain of events and can understand the origin of the habits we want to change. Exposing the root of the problem eventually kills the bad habit.

In the case of the emotional over-spender, the opposite of spending is saving. He could find ways to encourage himself to save money, perhaps by setting a worthy goal like saving an emergency fund or putting money aside for a vacation. When he's depressed and needs to get out of the house, he could turn to low-cost or free diversions so that he can keep saving money. The best money-saving activities are the ones that give him the same high that shopping temporarily gave, without the lows that follow overspending. With enough practice, his default action when he's depressed will become one of these other activities.

There isn't one solution that will work for everyone. What works for one over-spender won't necessarily work for another, but with awareness and trial and error, you can discover what works for you. It's a way to sneak around our bad habits and introduce positive ones, and it's certainly a kinder approach than punishment and self-criticism when willpower fails!

Lattes, iPods, and Masterworks: New Ways to Look at Money

The Upside of Risk: Why Market Volatility is a Good Thing

The Calculus of cats and dogs

Yes! Sign up and get your free gift
20 Comments
Oldest
Newest Most Voted
Inline Feedbacks
View all comments

good advice! i have had my share of struggle with money habits and it’s hard to break them. The other thing i would add is “get an accountability partner”

Good point Joseph, and “accountability partner” would be an excellent tool as well.

I also think that tracking your progress is a huge motivational boost when trying to break bad habits. In the case of the shopper, if he started the vacation fund like you stated, a regular tracking of his progress could help foster his dedication to it, thus aiding his effort to break his habit.

I intend to make a list of 10 low-cost or free things to do instead of shopping. That way I have distractions. I think a great one is just get out and exercise.

A friend. You need someone that you can confide in and tell them exactly how you are feeling. From days where you are feeling tempted or on days that you give in. Voicing the feeling makes it that much more real. It aids in the awareness step. Then you can consciously take control and realize you really do not want to let the feeling dictate your actions, but you want to take the higher road. Look up to your friend and tell them how it is going. Often, they won’t have to say anything, just hearing you say it out… Read more »

The concept of “replacement” is extremely important when it comes to breaking any bad habit or even facing an addiction. All too often we are forced to believe that if we simply rid ourselves of our negative behaviours or attributes, they will simply dissipate and go away. The unfortunate truth is the exact opposite: in the replacement of one habit usually begins another; so it is VERY important to follow these steps accordingly: 1)ACKNOWLEDGE the habit. 2)Make a concrete decision to CHANGE it. 3)Decide on which REPLACEMENT you will use 4)IMPLEMENT your strategy. 5)RECORD your results, reward yourself if successful… Read more »

With respect to number two (doing the opposite of your impulses), I have found that two elements are essential: SMART goals and accountability. The accountability can come from a group or from just one other person (like your spouse), but having someone to answer when your goals languish can be a huge motivator.

“If willpower were the answer, the majority of Americans would be slim and fit with a six-month emergancy fund in the bank.” I disagree with this statement. The implication is that Americans are bursting with willpower, but that willpower simply doesn’t work. That just isn’t true. Willpower is like a muscle; you have to build it up a bit at a time. When we stop “cold turkey” it’s a bit like trying to bench 200 lbs starting out – very few people (if any) can do that. So, we try to bench the 200, fail, and assume that willpower itself… Read more »

Some research suggests that on average it takes at least 21 days to establish a new habit. This may or may not be true, but the point is that you can set yourself a goal that you want to do the opposite of your habit for a month. When the end of the month rolls around, the new habit may have been established. If you have not established a new habit and you fall back into the bad old habits, you can start all over again and give it another try, maybe for a longer period of time. It took… Read more »

ctreit– That’s actually a very interesting oft-repeated myth. The “research” for that 21 day number is a book from the 1960s from a guy who discovered it takes recent amputees about 21 days to lose their phantom limbs (although from other research, some people would not lose the phantoms at all in the absence of mirror therapy– 21 days would be a huge underestimate without the therapy). Turns out different habits have different time/repetition numbers for establishment.

People may take different paths (or timelines) to establish new habits, but I think it always has to start with motivation. WHY change? I knew I had to stop overspending when I finally accepted I needed to leave the highly-paid job that was making me miserable. I couldn’t fix the situation. I had stayed in the job years longer than I ought, simply because the high wage enabled me to spend more. But I certainly wasn’t being made happier by my spending. I was willing to earn less in order to be happier, so I needed to spend less. Once… Read more »

JenK @11- Your advice on re-wording the goal is brilliant! Thank you

Budgeting in the Fun Stuff

I used to throw random snack foods like Oreos into my grocery cart without thinking…when I started reminding myself of our bigger goals, the snacks seemed less needed and stayed out of my cart. Now I only splurge once every couple of months instead of every time I go into the store.

Personally I make a budget and carry cash. I find it harder to track my money when using a card, because I don’t see the money leaving my hand.

i am having a hard time!

Get a friend! My old lunch partner has turned into one of my greatest advocates. We use to spend $15 everyday eating lunch out together. We now encourage each other not to spend $ on lunch and other ‘stuff’!

I allow myself to splurge on something relatively small once I hit a target amount. It’s trivial, but it works for me.

Couldn’t have said it better myself other than to say that sometimes the first part is just as hard as the second part.

THANK YOU APRIL! My husband and I had this exact conversation last night, after he vowed to “just do it” after falling off the spending tracking wagon again. I was like, dude, insisting that you’ll just make it happen is…you know, not gonna help. You need some simple systems to support you making these changes.