This is a guest post from Daiko, who previously shared how to feed yourself on $15 a week. 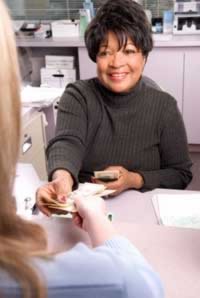 Asking questions can be a powerful tool for developing financial resilience. Two weeks ago, for example, I received an overdraft charge from my bank. My first reaction was to curse and pound my head against the desk, but after taking a deep breath I thought: “Why not ask them to remove the charge?”

I called the bank, asked nicely, and they agreed to refund the charge as a courtesy. I spent fifteen minutes (because I had to call back after the charge had cleared) and netted $25, for an excellent pay rate of $100 per hour. I don't know about you, but that $100 per hour is a lot more than I earn at my job.

I've found that asking for special treatment often yields surprising results and can pave the way to better personal finance. Here are ten ways to put this idea to work:

If you're looking for more reading about asking for a better financial future, here are a few links to articles online (including those linked within the rest of the post):

As Timothy Leary once said: Question Authority. Consistent questioning can become a powerful tool in your Get Rich Slowly toolkit.

There are 23 reader responses to "Asking for a Better Financial Future".