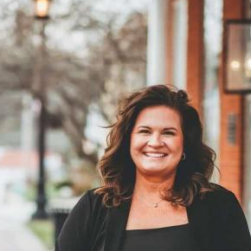 Andrea Deckard publishes Savings Lifestyle, a website that helps people save on what they need so they can spend on what they want.

Growing up, my parents taught me very little about financial responsibility. It wasn't until college, when my parents expected me to pay my own car insurance, that I was forced to learn the basics of budgeting. It was just one bill, but it was traumatic to me since I'd never paid for anything myself until that point. Looking back, the lesson was introduced too late. It didn't "take".

Had I understood budgeting earlier in life, some of my financial choices might have been different. Obviously, this isn't the only reason I accumulated a mountain of debt, but it's an example of the lack of financial education I received as a kid. (Fortunately, now thousands of dollars in debt are gone after a lot of planning and sacrifice — and of course, using coupons.) My husband and I want to teach our boys smart financial habits at a much younger age than we learned them.

An 11-Year-Old's View of Money

For Christmas, our 11-year old son, T, wanted wanted a cell phone. Actually, when the new iPhone 4G hit the market, he suggested that he could take my 3G to use so I could get the new 4G. (His generosity knows no bounds!) While his suggestion gave his parents quite a laugh, we seized the opportunity to teach him a financial lesson. Here's a bit of that conversation: Continue reading...