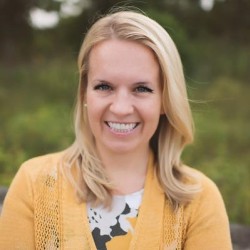 Bad advice about having a baby I’m glad I followed

Last week I was out walking with a friend when she admitted she was scared she would never have kids.

"We'll never be able to afford them," she said as we made our way around the block and up the next street. She and her husband are about our age (and not getting any younger), and I could tell she was worried.

"Oh, I'm sure you'll figure it out," I said as I tried desperately to change the subject. That was terrible advice and I knew it, but it was the same advice someone had given me several years before. (And probably for the same reasons.)

My unconventional plans to pay for my daughter’s college education

I just sat down to write this post a moment ago and literally stared at the screen for twenty minutes. I'm still ready to bolt out the door at a second's notice, if needed, and the tears won't stop rolling down my face.

But thankfully, these are good tears.

My mother told me I might feel this way on my daughter's first day of kindergarten. Like it or not, the little person I gave birth to five years ago is no longer a baby, but a little girl.

The daycare debate: A double-edged sword

As many of you know, my husband had a career crisis that left him unemployed for several months last summer. It was scary, but we learned a lot from the experience -- including the fact that ;the grass isn't always greener and that we really needed to learn to be happy with what we had. And, beyond that, we now feel blessed that he found a new job he likes, even though it required us to move to a pricier area.

But moving isn't always all fun and games. In fact, buying and selling a home can have serious financial consequences that last for years or even decades. Since we knew that ahead of time, we thought long and hard about what we could do to ensure the move was good for us not only emotionally, but also financially. So, to diminish any financial consequences caused by the move, we used the opportunity to downsize into a reasonably-priced, smaller home.

That tradeoff has been well worth it in my eyes. I hardly notice that we lost 400 square feet when we moved, and I mostly made up for it by de-cluttering and being smart with the space we do have. However, I did stress at first about how our monthly expenses might change. What would the utility bills be like? And would our grocery bill be comparable to what it was before? Those kinds of questions caused many sleepless nights in my house for some time -- as if the move itself wasn't stressful enough.

Car payments: ‘Til death do us part

Your car breaks down on the side of the road … again. It's rush hour and it won't start. You have to have it towed and you're not happy about it. At all.

So what do you do?

You head to the local dealership in a fury, ready to replace it with something far more reliable, but also affordable. But the dealership has a few tricks up their sleeve and, according to Paul (the salesman helping you), it must be your lucky day. Amazingly, your car died at the most opportune time in history. Continue reading...

Act surprised: Your wedding ring is a terrible investment

Divorce. It's an unattractive yet common end to a relatively high percentage of marriages in the U.S. In fact, as many as 50 percent of American marriages end this way, often leaving catastrophic personal and financial consequences that linger for years.

The division of assets. Alimony. Child Custody Issues. Who gets the Stuff? These are all things that must be dealt with during and after a divorce, whether one likes it or not. And the truth is, it isn't always pretty.

Unfortunately, my beloved brother recently learned all about divorce the hard way -- by actually going through one. And since he could no longer afford his giant house on his own, he had to move and sell most of his bigger stuff. I wanted to help in any way I could, so I offered to sell some of his bigger items on Craigslist and eBay. And within the timeframe of a few months, I sold his lawnmower and baby grand piano without too much hassle.

The pursuit of passive income: Is it time to become a landlord?

If you visit personal finance or investing blogs on a regular basis, you've probably read countless articles on the virtues of passive income. After all, many personal finance experts believe that passive income is the key to early retirement, financial independence, and permanent wealth. But, what is it exactly?

Investopedia describes passive income as "earnings an individual derives from a rental property, limited partnership or other enterprise in which he or she is not actively involved."

In addition to rental property, typical sources of passive income can include money earned from investments such as mutual funds, dividend-paying stocks, Real Estate Investment Trusts (REITs), and asset-backed securities. Unconventional forms of passive income can include earnings from copyrights, patents, and licenses or even royalties. The birth of the Internet also created a generation of entrepreneurs forging their own path toward passive income via the Internet, including Pat Flynn from Smart Passive Income. Except, according to Flynn, blogging is just part of the game.

One year later: The benefits and tragedies of self-employment

Almost exactly a year ago today, I quit my full-time job to pursue my passion -- writing. It was one of the proudest moments of my life, but it was also terrifying. I had spent the last six years working alongside my husband, a mortician, in the funeral industry. My job certainly wasn't perfect; but it was stable, well-paying, and sometimes fun. I also loved the people that I worked with and was extremely attached to a few. On the other hand, I knew it was time. I had been working full time and writing on the side for so long that I no longer knew what a "real life" was like. In fact, my "real life" was a mess.

Everyone talks about how lucrative and exciting having a "side hustle" can be, but no one talks about the toll it can take on your life. Since I worked 9 to 5 and had two small children, the only time I could write was at 5 a.m. before work or at 8 p.m. after the kids went to bed. This meant that I was working 16 hours a day at times -- actually all the time. And the weekends? I worked those too.

But, like I said, one year ago today was the day I finally snapped. It was a Saturday afternoon and I had worked over 70 hours that week, yet I was stuck working late at my job … again. I called my bosses and asked if I could talk to them. And when I showed up at their home, I nervously put in my three weeks' notice and hoped they would forgive me. Then I called my husband. Continue reading...

How to track your spending (and why you should)

Recently, an old friend emailed me for help with his family's financial woes. The confession that followed wasn't pretty, and included tales of student loans, car loans, unrestrained spending, and empty bank accounts. It was all bad news, which I found rather surprising considering their relatively high income. So, of course, I asked about their fixed expenses. What were they?

We emailed back and forth for quite a while, and he gave a few more details of their situation. For example, their house payment was only around $900. Affordable. Car payments and student loans consumed around $450 each month. Not shocking. Then there were the expenses that everyone must contend with -- things like groceries, gas, school supplies, and insurance. It was all rather boring.

So, what was the problem? This is a couple who easily pulls in six figures and lives in an incredibly affordable part of the country. Their fixed expenses were relatively low, but they were constantly coming up short on funds. Why? Obviously, something was going on, but they couldn't put their finger on it. And neither could I.

Why paying with cash hurts (and why it should)

These days, my monthly budget is on the boring side. Aside from our regular spending, I've got a mortgage payment to fork over, groceries to buy, and utility bills to pay. Throw in some payments to my kids' 529 plans and my SEP-IRA and I'm basically done for the month. After all of the bills are paid, the key for us is making sure that the rest gets transferred into savings so that it doesn't accidentally get spent.

But it wasn't always this way, and I was reminded of that fact the other day when I was flipping through one of my old notebooks. That's when I found our monthly zero-sum budget for August of 2010, and that's when our old lifestyle smacked me right in the face. Want to know how many bills I paid in that month? Twenty-four.

Car payments, credit card bills, and personal loans, oh my. It's no wonder we weren't saving anything. Fortunately, it was easy to look at that old monthly budget and pinpoint the exact cause of our unfortunate situation. The problem: We financed everything and never, ever paid cash.

What is phishing, vishing, and SMShing?

A few days before Christmas, I was having lunch out when I opened an email that appeared to come from American Express: