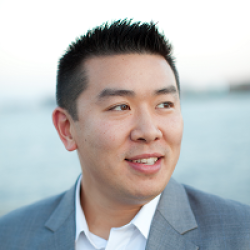 Jim Wang is a thirty-something father of three who has been featured in the New York Times, Baltimore Sun, Entrepreneur, and Marketplace Money. He shares his best strategies for getting ahead financially and in life on his personal finance blog Wallet Hacks. You can join his free newsletter to get his best tips absolutely free.

Habits play such an important role in every aspect of your life. And those habits, good or bad, are reflected in your finances.

Some of our habits are small, almost insignificant. Over time, though, they have a large effect. There are little things that I've done over many years that have had outsized results. Individually, they don't move the needle. But they're like little course corrections on the cruise ship of life. A little change early on, repeated and compounded over many years, can have a significant impact.

When you add them together, they can help you achieve things you never thought possible.

A prime example for me was gaining strength. I made a decision to build muscle but I didn't want to be one of those guys who spent hours in the gym. I learned that there are workout regimens that don't require a ton of time, but which still improve strength with just 20-30 minutes a session. These routines target several muscle groups at once. (The deadlift is a good example.)

Because these sessions only took 20-30 minutes, it was easy to make time for them. As a result, I started going to the gym more regularly. And once I was there, something funny happened. On some days, I did the workout and left. On others, I felt like I could do more. So, I incorporated other exercises that targeted smaller muscle groups. The promise of a short session got me in the habit of going to the gym. That was the hard part. Once I was there, I often did more than I had planned.

At first, I saw my strength increase until I hit a plateau. I talked with some folks and realized I had two non-obvious weaknesses: insufficient protein intake and grip strength.

Both were small changes that became daily habits, which eventually had a big impact on my exercise regimen. Neither was difficult, I just had to discover them. And today, I'm stronger than I've ever been thanks to these seemingly minor changes.

But you're not here for fitness tips from me. You're here for money tips, right? Here are some simple habits I've developed that might not seem like much at first, but which have had a huge impact on my finances. Maybe they'll help you too.

How to Prepare for Buying a Home 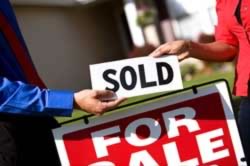 When I bought a home three years ago, the economic climate was different from today. Back then, a house would could be listed on Friday and a contract signed by Monday. It was easy to get a loan (too easy, in fact) and you could make every mistake in the book and still find yourself a home.

Despite the market differences, sound financial planning and a handful of smart moves will ensure that you won't regret grabbing your piece of the American dream. This post isn't going to go over the merits of buying versus renting or how you should pick a real estate agent. Instead, I'll focus on the things you should do to prepare yourself before applying for a loan and then buying a home.

Don't borrow money
Your home will likely be the single largest debt you will take on and represents the greatest risk in the eyes of potential lenders. With lending rules tightening, it's becoming more and more important that you make yourself look as safe as possible. Safe means as little debt as possible and as little access to credit as possible.