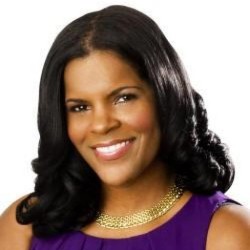 Lynnette Khalfani-Cox, The Money Coach®, is a personal finance expert, television and radio personality, and the author of 12 books, including the New York Times bestseller Zero Debt: The Ultimate Guide to Financial Freedom. Lynnette is a former financial news journalist, who now teaches individuals nationwide how to better manage their finances. She has appeared on hundreds of TV programs, including Oprah, The Talk, Dr. Phil, Dr. Oz, The Steve Harvey Show, The Today Show and more. Learn more about Lynnette at AskTheMoneyCoach.com.

A lesson in economic violence

J.D.'s note: Last September, I wrote that I didn't believe the world of personal finance needed more politics. I acknowledged that there were vast systemic issues that hold people back, but I argued that personal finance is personal.

While I still believe that individual action is (and always will be) the primary driver of financial success, my "no politics" stance has softened. No, that doesn't mean that Get Rich Slowly is suddenly going to change into a politics blog. That's not who I am. But it does mean that I'm willing to address political issues that affect our finances. (And, to be clear, I'm open to addressing these from both liberal and conservative perspectives.)

To that end, here's the amazing Lynnette Khalfani-Cox -- The Money Coach -- with a lesson on economic violence in the United States. (This originally appeared as a post in Lynnette's Facebook feed.)

The tragic murder of George Floyd highlighted the heinous reality of racism, police brutality, and the legacy of racial violence in America. But if we're going to truly address this country's ills, we must name, condemn and fix economic violence too.

Economic violence occurs when one party disenfranchises, subjugates, or financially abuses another party. Any person or entity in power can commit economic violence. This includes individuals, companies, organizations, governments, institutions, or systems.

Clearly, many individuals and groups may be subjected to economic violence, such as LGBTQ people, immigrants, or women.

But today I want to talk specifically about the economic violence that African-Americans have endured for more than 400 years in these United States.

How much can hard work in school and when applying for scholarships reduce the overall costs of getting a college degree? Well, in our family's experience, it's amounted to nearly $150,000 so far. (I say that because we have two more children to put through college.)

Our oldest, Aziza, is a high-achieving, ambitious student. She plans to graduate in four years with a triple major: Business Honors, Marketing and English. Needless to say, I'm a proud mother who is thrilled at all that Aziza has accomplished -- and what lies ahead for her.

When she began getting college acceptance letters, it kind of felt like we were winning the jackpot again and again. But really it was because of the years of planning and hard work. We were excited not only because Aziza was accepted to seven great schools located all across the country, but five of them offered her terrific scholarships as well.

Unexpected funeral costs – 3 financial lessons that could protect your heirs

In a little less than 18 months, I lost three treasured family members. First, my husband's 94-year-old grandmother, Nana, passed away in late 2013 and was laid to rest just before Thanksgiving.

At the end of December 2014, my sister Deborah died suddenly and completely unexpectedly. Debby was a 49-year-old healthy, vibrant person, the mother of an 11-year-old daughter, and the most caring individual I've ever known.

Five weeks after Debby's death left my entire family reeling, our dear Uncle Otis, who was like a father to me, passed away from cancer at the age of 75.