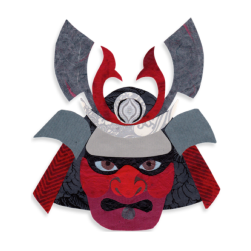 Sam spent 13 years working on Wall Street in the equities department at a couple bulge bracket firms before deciding to focus full time on Financial Samurai, a personal finance site that helps you slice through money's mysteries. Sam received his MBA from UC Berkeley's Haas School of Business and his Bachelor of Arts in economics from The College of William & Mary. He is a registered representative (Series 7 and Series 63).

Sam is based in San Francisco, California, and enjoys playing league tennis, poker, and anything that deals with the great outdoors. Sam's goal is to live a location-independent lifestyle by generating enough passive income to take care of a family of four.

The rise of alternative investments

Back during the dotcom collapse of 2000, I was losing money in the stock market like a champ. I was a second-year financial analyst who had a serious case of confusing brains with a bull market. When I turned to my VP and told him I was still bullish about the stock market, he almost slapped me upside the head. "We're in a bear market, son. Get used to it and stop dreaming!"

After losing about 30 percent in my after-tax portfolio, my dreams of stock market riches finally faded. I cried "uncle" and moved my money into more conservative investments. The funny part was that my 401k was actually up in 2000 and in 2001 because I had allocated 50 percent of my assets into a hedge fund called Andor Capital Management that went short the market.

Normally, only accredited investors -- those who earn $200,000 a year or more or who have a net worth of over $1 million or more (excluding their primary residence) -- can invest in hedge funds. But my firm had a partnership with Andor that gave us peons access to invest as well.

I was in the 6th grade when I first laid eyes on her. She was a 1989 BMW 635i Coupe that did donuts in the school's parking lot after class thanks to an obnoxious, rich 11th-grader who got the car as a birthday present. I was immediately smitten and promised myself one day I'd be able to buy such a car too.

I figured instead of spending $75,000, why not go back in time and actually buy that 1989 635i Coupe! My brilliant idea led me to Craigslist where I found my true dream car listed in "fantastic condition with only 160,000 miles"! That's only 8,000 miles a year I rationalized, and off I went to see the seller 45 minutes away.

Improve your negotiation skills with BATNA

If you want to know how to get the best deal possible, learn this simple acronym: BATNA. "BATNA" stands for "Best Alternative To a Negotiated Agreement." Often times the bulk of money made or lost is in the initial agreement. Negotiating a real estate sale, buying a car, and fighting for a raise or a promotion all require the proper usage of BATNA to get you the highest return.

The Best Alternative To a Negotiated Agreement is broken down as follows:

* What is your best alternative to a negotiated agreement if you do not purchase or sell?

Working on Wall Street was tough. I felt like I was constantly being hazed by anybody senior to me.

Cultivate your X-factor before it’s too late

Out of the 500 or so college graduates I interviewed over a 13-year period, practically every candidate was extremely enthusiastic about getting their butts kicked working 14-hour days in finance. When you can crack the six-figure mark after your first full year, why not bear torture to get ahead, right? Just don't tell them they are working below minimum wage if you go by an hourly rate.

I notice the same type of unbridled enthusiasm from many 20-something folks once they get their jobs. They tell me things like, "Sam, I love my job. Things are just so wonderful around here. I can't be happier." It's almost like they are trying to shove their love of employment in our faces to make us feel bad or question why we also don't love our jobs.

But then something happens to the enthusiasm after they reach the 10-year mark. Enthusiasm for work drops off a cliff. I suddenly start hearing complaints about why work sucks so much. Those who ask me for advice about how to negotiate a severance package tell me about how their micromanaging boss is making them miserable. They tell me that a co-worker is stabbing them in the back or that they got passed over for a raise and a promotion. Bitterness abounds. All people want to do is get the hell out of there and do something more meaningful with their lives. Continue reading...

The joy of being average

When I asked the community whether we have the duty to live up to our potential, many of you balked at the notion of living up to anybody else's standards but your own. I read every single comment, and the general feeling is that society has unrealistic expectations of what one should do or should be. I agree with the general feedback. Screw society. Do what you want to do and don't let anybody stop you.

The only caveat I see with not living up to your potential is the feeling of regret. I never want to fail due to a lack of effort, and that's exactly what I did when I didn't try out for high school football. I can fail because I'm too stupid, the competition is too good or there was some uncontrollable, exogenous variable that negatively affected my chances. But when I know I'm not doing everything possible to succeed, then regret inevitably creeps in. You don't want to go through life wondering what could have been if you had tried just a little bit harder.

Do we have a duty to live up to our potential?

It takes a while to discover who we are.

During my sophomore year in high school, Coach Stucker hounded me in gym every week to try out for the football team. "You'd make a great cornerback," he'd say after seeing me run a 4.5, 40. At 5'10" and 155 pounds, I felt undersized, but at least I could move and bench 225 pounds.

Can we really change our financial habits if our backs aren’t against the wall?

I recently had a discussion with a friend who made an argument why it's better to eat out in Manhattan than to save money by cooking because of the convenience and the joy of eating with friends. I'm all for breaking bread with good people, just not so much if you're concerned about income. My friend just went through a divorce and eventually needs to find a job since she gave up her career in the arts to raise her son for a decade.

The reality is my friend does have income in the form of alimony. And I'm sure the alimony is a healthy amount because her now ex-husband is a wealthy businessman worth millions. I've been to their fabulous, 2,000-plus-square-foot apartment downtown. But alimony doesn't usually last forever and when she was challenged by her brother to reduce her spending by eliminating eating out for one month, she failed after one week.

Let's assume, for the sake of argument, that you are in her shoes and your alimony will last five years. Would you really drastically cut back on your lifestyle and master personal finance? Probably not. The more likely scenario for people is to keep on living like they always have until the last year of alimony and then realize, "Oh, man, I'd better change my ways!" It's the same idea as waiting until the last minute to study for a final exam. Continue reading...

Develop your investing edge to become a better investor

The hedge fund community talks about the concept of "edge" all the time. In order to earn their exorbitant 2 percent/20 percent fees, such hedge fund managers need some type of edge over the average investor or else why would anybody bother to invest with them and pay such fees?

Yet for all the hoopla over how great and prestigious the hedge fund industry is, the reality is that their returns have been pathetic over the past several years. For instance, the average hedge fund was up just 5 percent in 2013 vs. the S&P 500's 30 percent! Hedging is not a great strategy in a bull market. Neither is being too smart for your own good. You can actually track or buy a hedge fund index through the ETF, HDG.

I'm a firm believer that all of us who are not professional money managers should simply buy low-cost index funds or ETFs. The most important thing we can do is manage our investment portfolio exposure to correspond with our tolerance for risk. It's extremely difficult to consistently outperform the markets, and it's much better to spend our time working on our careers, our businesses, or other areas of expertise to build wealth.<

So you missed out on Twitter's meteoric first-day rise because the stock gapped up to $45 from the initial public offering price of $26 and you couldn't get in. With a market capitalization of ~$25 billion everybody is screaming bubble because the company is not profitable and only has $500 million in revenue. But who cares? Twitter has changed the way we communicate and you could have made a whopping 73 percent if you could have gotten some shares!

Outrage by the investment community quickly ensued about the preferential treatment institutions and wealthy individuals received in the IPO process. Phrases such as "The rich get richer" and "Shut out again" were commonplace. CNBC reported that 50 percent of the Twitter allocation went to only a handful of institutional investors despite thousands clamoring to own.

In this post I'd like to help explain the IPO process and clear up some misunderstandings along the way. To provide some background, I worked on placing over 100 IPOs to institutional shareholders during my 13 years on Wall Street. Most of my deals were international deals, but I was also present for U.S. deals such as Google way back in August 2004. It certainly seems like the good times are back again!