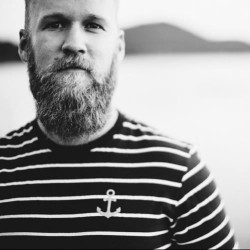 Tim Sullivan is a yoga teacher, massage therapist, tea enthusiast, and Chicago Bears fan. After graduating from Sarah Lawrence College, he found a way to make a living from the first three, travel the world, and pay off his college loans. Currently residing in the heart Seattle, Washington, he spends his time strolling Pike's Market and eating smoked salmon on the docks. Tim is a frequent contributor to wellness websites and magazines and is a French translator.

Calibrating and Circumventing the Cost of College

Written by Tim Sullivan
|
|
Comments are off

It's a common refrain that today's college graduates are entering into the worst job market and economy since Hoover was around. We're told that an undergraduate degree means less than what a high school diploma once was, yet we're investing more in school than ever before. Post college debt is a major emotional weight on the backs of this newest generation, and colleges encourage debt with ease — don't worry about it; you don't have to pay it off until after you've graduated and have a well-paying job.

We're sold on it and it's a hard sell, not only by schools, but by the banks' ad dollars, as well. Previous generations didn't start life with so much debt, and in the middle of a job-killing recession no less. You probably aren't going to pay off that kind of debt waiting tables. Realize that college debt most likely means postponing life goals such as mortgage, car, marriage, and maybe even children.

Good-to-know facts about college debt
How big of a problem is the cost of college? Consider the following:
Continue reading...