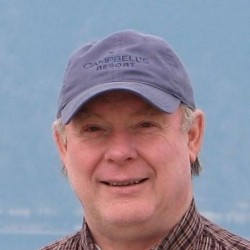 William Cowie spent 30 years in senior management (CFO/CEO) before retiring. He has a bachelor's, a master's, and a partial doctorate in management and strategy. Author of the book "The Four Seasons of the Economy," William also assists medium-sized businesses in the use of the Four Season Strategy to help them capitalize on economic cycles. He runs two blogs: Bite the Bullet Investing (investing) and Drop Dead Money (the economy) and writes for several other blogs in addition.

The four seasons: A new way to look at the U.S. economy

Other than when the stock market crashes or another ten thousand people get pink slips, you never hardly hear anyone mention the economy, do you? Most people (you, perhaps?) view the economy as some external force over which nobody has any control. You feel like a victim of this capricious force and you can "only hope for the best".

Wrong on both counts.

The economy "happens" whether the news mentions it or not. No, it's not capricious. And no, you needn't be a victim.

In fact, being aware of the economy and how it moves can help you put tens (or hundreds) of thousands into your pocket, and help you prevent what you have from being sucked out of your pocket.

Different people use different measures of the economy, so I figured why not create another one? Here's how I track the economy's cycles:

The exact numbers and scale used for this chart don't matter. All we need to know is (a) there are ups and downs, and (b) when those turning points are.

The chart teaches us a couple of things.

First of all, the economic cycle repeats. The economy always recovers from even its worst recession or depression, and it always crashes just when things look wonderful. Each bottom is followed by an uptick, which in turn leads to yet another crash.

Second, the cycle's wavelength is surprisingly constant. One measures any cycle or wave from one top to the next top, or one bottom to the next. Given that most people focus on recessions when they think about the economy, I choose to measure bottom to bottom. The dates in the chart show past economic cycles' bottoms — more or less. (And if you're dubious about my custom measure, you can check those dates with the Federal Reserve. They match. Again: exactness isn't a requirement here; as you'll see later, for the purposes of your net worth "close enough is good enough.")

What surprised me the first time I saw this picture was how short every cycle is: ten years or less, bottom to bottom.

That's not a long time.

Since World War II, we've had a recession every 7-10 years, almost like clockwork. When I mention this to people, almost everyone is surprised. (I was surprised too the first time I figured it out.)

Finally, the ups, downs, and turning points of the economy are inevitable. The cycle has peaked and bottomed, within its regular cycle, regardless of who was in the White House, or any other extraneous circumstances. For some reason, people love to blame whoever is President, or whichever party rules Congress, but recessions have occurred under every party's watch. No force or political party has interrupted the cycle, up or down.

The economy moves to a rhythm of its own.

It's probably not news to you that the economy goes up and down. On some level, we all know that. Here's the problem: this knowledge didn't prevent millions from getting slammed when the Great Recession hit a few years ago. Perhaps you got caught in the downdraft, too.

Why is that? I can think of two reasons.

First, the economy moves at the speed of a glacier -- slower than grass growing, paint drying or any other slow-moving part of life. When our attention span these days is measured in milliseconds, it's impossible to discern any movement. But make no mistake: the economy moves.

The second (and most important reason) economic downturns take folks by surprise is that few people understand how you can make subtle changes to your financial strategy depending on where we are in a given cycle of the economy.

And that's what this article is all about.

Let me say at the outset that nothing here changes the fundamental financial wisdom. You'll still need to earn more, spend less, get rid of debt, and invest. But what follows could potentially help you do all four of those things better than before.

Is an annuity a good investment?

Is an annuity a good investment? This is a surprisingly hard question to answer.

If you have ever met with a financial advisor about investments, chances are he or she may have proposed annuities as a good way for you to go. However, when you scan the blogosphere for posts about investing, you hardly ever read about annuities. You read about index funds, mutual funds, stocks and real estate and now and then about bonds … but hardly ever anything about annuities. Continue reading...

What is a bond? What you need to know about managing risk

Bonds can be great low-risk investments but chances are you have never purchased a bond ... and probably never will.

How to use credit cards wisely

Fire can be one of the most destructive forces on earth, and yet some say civilization began when we figured out how to harness its power. Credit cards are the same. Ask any long-time reader of Get Rich Slowly if credit cards are good for anything, and you might get a response like: “They're to be ripped up and burned in an atmosphere-polluting bonfire of relief!”

There was good reason to hold that opinion back then. In the days leading up to the Great Recession, a lot of consumers were getting burned by the trap of easy credit and conspicuous consumption. Frankly, the weight of his own credit card debt is what spurred J.D. Roth to start Get Rich Slowly in 2006.

It's easy to visualize the situation from the chart below. Credit card debt was becoming the largest category of non-mortgage debt in America at that time.

How to Hire a Financial Planner (or Not)

Millions rely on financial professionals to do their investing for them but not everyone knows how to hire a financial planner the right way -- or when to say no to one.

On the surface, the rationale for hiring a financial planner or advisor seems valid. People feel intimidated by the whole investing thing. It seems like a jungle out there and, to boot, most people know someone who lost it all with bad investments. Others believe they just don't have enough time to learn about investing or to maintain their investments on an ongoing basis.

5 things banks do for you that’s really important

[This is Part II of a two-part series on how banks affect our everyday lives. Part I was Money matters: How money works.]

"The bank" has been a standard villain in the movies since the earliest days. In fact, it wouldn't be the holidays without Jimmy Stewart reminding us how wonderful life could be without Mr. Potter, the banker villain.

[This is Part I of a two-part series on banking -- what it does, and can do, for you. Part II is 5 things banks do for you that's really important.]

What is money? Seriously, answer the question: What do you say is money? Everyone thinks they have a basic idea what money is, but no two people will come up with the same definition. And chances are none of them are correct.

In order to understand what money really is, we need to first look at its uses and then at the history of banking, because money and banking are so intertwined as to be inseparable.

Inheritance disputes: Avoiding the war when there’s a will

The holidays are upon us. It's the time of the year when family moves from the shadows of a busy life to the foreground. That probably makes it as good a time as any to consider one of the most difficult topics to discuss pertaining to family and finances -- the subject of inheritances. Nobody wants to talk about it because it is inextricably linked with, well, death. Someone has to die for an inheritance to come about, and none of us enjoys looking a loved one in the eye and saying, "Hey loved one, you are going to go the way of all flesh soon, so can we talk about what you are going to leave behind?"

How Family Disputes Over Inheritances Arise

When a dispute arises over an inheritance, it can help to recognize some of the issues that might be contributing to the problem developing between family members -- and there are a number of things to consider:

Back in 2005, someone wrote that Priceline.com would be a good stock in which to invest. At the time, I used Priceline because I traveled frequently. I also knew of Peter Lynch's investing-for-success strategy, which boils down to buying stock in companies you do business with. I looked at the stock, which traded for around $20 to $25 at the time, thought about it … and passed. Was that smart?

Had I invested $1,000 back then, that investment would be worth about $55,000 today, just 10 years later. Priceline is but one of a hundred maximize-return stories you hear every day.

Not every investment is that good. I could also have invested the $1,000 in Yahoo at that time. That investment, however, would only be worth $850 today. The same investment in Bank of America would be worth less than $400 today. We call that risk. Continue reading...

Why buying individual stocks is a bad idea

If you are investing through a Roth IRA account, though, you do have options. You can invest in mutual funds (of which index funds are a subset) or you can buy stocks individually. Does that mean you should buy individual stocks for your Roth IRA?