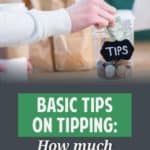 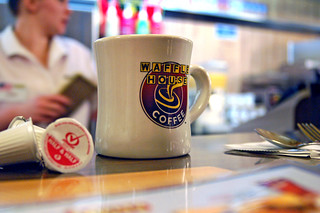 Every time I get my hair cut, I'm faced with a dilemma — should I tip the barber or not? I usually get my hair cut in a small-town shop. I tip $2 on a $12 haircut. If I get to hear stories about Vietnam or histrionic political rants, I tip $3, even if I don't agree with the barber's viewpoints. (I tip because I've been entertained.) Sometimes, if I don't have enough cash, I don't leave a anything at all. Are these tips appropriate?

What about when I pick up Chinese takeout? Should I have tipped the guys who delivered our new gas range last fall? What about a hotel bellhop? A parking valet? Out of curiosity, I did some research on tipping practices in the United States. There's actually significant disagreement about how much to tip for even common services.

For example, you know you should tip your waitress. But how much should you leave? Some people claim that 10% is adequate. Others claim that 20% is standard. But I suspect that most of us learned to tip 15%, and to give more for exceptional service. (The wikipedia entry on tipping currently contains the bizarre claim that “18% is generally accepted as a standard tip for good service”.) Which amount is correct?

The concern around tipping stems from the need to get it right — offer too little, and you run the risk of offending someone; offer too much, and you needlessly impact your budget. Plus, there's actually significant disagreement about how much to tip for even common services.

After browsing dozens of pages, I drafted the following guide. The amounts listed are based on averages or on consensus, when possible.

“Tip: (noun) — a small present of money given directly to someone for performing a service or menial task; gratuity” — Dictionary.com

It's common knowledge that you should tip your waitress. But how much should you leave?

Some people claim that 10 percent is adequate; others believe that 20 percent is standard. But a majority of us learned to tip 15 percent, and to give more for exceptional service. (The Wikipedia entry on tipping contains the rather bizarre statement that “18% is generally accepted as a standard tip for good service.”) So which is it?

Here's a list of people who often receive holiday tips and what they typically receive:

Most of these relate to holiday tipping, but some suggestions are appropriate any time of year. Of course, giving a tip is an individual decision. J.D. Roth used to tip the barber extra if he got to hear an entertaining story about Vietnam or histrionic political rants. What influences you to give a larger or smaller tip? Do you have any suggestions to add?

There are 676 reader responses to "Basic tips on tipping: How much and to whom?".