College Is a Big, Fat, Hairy Rip-Off! (But Save for It Anyway)

A few weeks ago, the proprietor of this establishment (J.D. “The letters in ‘Get Rich Slowly' can be rearranged to spell ‘The Sly Cowgirl'” Roth) asked me to address a reader's question — specifically, how should a parent save for college (perhaps because I once wrote a book on the topic, though it's now outdated). But first, let me say this:

College costs too much, it saddles young people with too much debt, and it forces students to “learn” things they'll soon forget — and it won't matter because it wouldn't help them further their careers anyhow.

As reported by InsideHigherEd.com, a new book (Academically Adrift: Limited Learning on College Campuses) finds that 36% of students “did not demonstrate any significant improvement in learning” over four years of college. The authors (themselves professors) write that, for many undergrads, “drifting through college without a clear sense of purpose is readily apparent.”

Because that's how much it'll cost, assuming the fruit of your loins graduates in four years (only 53% of students graduate within six years). According to the College Board, it costs an average $20,339 a year for in-state tuition, room, board, textbooks, personal expenses, and transportation. For the average private school, that figure is $41,192. To be fair, some of these costs would still be incurred if kids didn't go to college; they still have to eat, board, transport, and read (I hope). But they could do it much more cheaply on their own. Consider textbooks. The average student spends more than $1,000 on these annually updated tomes, because the student has to pay $50 to $100 for the most recent edition. Only people in college pay that much for a book. 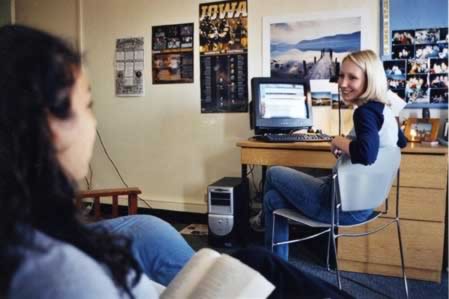 Yes, many students get “aid.” But much of that is in the form of loans. Here's a shocker: The value of all student loans now exceeds all credit card debt. Twenty-somethings are beginning their careers with thousands of dollars of debt that has to be paid back with low-person-on-the-totem-pole salaries (assuming they can even find a job).

Here's the problem: College costs lack the normal market-based price controls. If you're told you need something, and someone is willing to lend you the money to get it, and you're told it's a great “investment,” then you'll do it — regardless of the price. The government wants to help, too, with grants, low-rate loans, and tax benefits. That's all very well-intentioned, but it's another reason why colleges can jack up prices and get away with it.

According to James Altucher (who's passionate and articulate about what a scam college has become):

College costs have historically gone up much faster than inflation. Since 1978, cost of living has gone up three-fold. Medical costs, much to the horror of everyone in Congress, has gone up six-fold. And college education has gone up a whopping tenfold. This is beyond the housing bubble, the stock market bubble, any bubble you can think of.

Altucher also takes on the argument that college is a great investment. Yes, people with college degrees earn more over their lifetimes. But if a person invested the cost of college and stayed away from the Ivory Tower, she might have more than the person with the B.A. or B.S.

Save Anyway
Now that I got that off my chest, the truth is I have a student in college now, and I have 529 savings accounts for my other three children (more on 529s later). Like it or not, many professions require a college degree. Plus, it can be a great experience and all that. So if you've procreated, then you should save for your creation's education. However, first make sure you're saving enough for your own retirement, as I explain in this video I did for LifeTuner (AARP's very hip website for the younger crowd):

(Quick summary: A kid can always find a way to pay for school. However, if you reach your 60s or 70s without enough retirement savings, you won't be able to retire. There's no such thing as a geezer scholarship. Plus, you can use some of the money in your retirement accounts to pay for college.)

Which finally brings us to the reader question:

My wife and I are expecting our first child this summer. In an effort to stay ahead of the game, I'd like to start saving for his or her college education. A 529 plan seems like the obvious choice here, but I know little about them.

What are the pros and cons to this type of account? Are there other options I should consider instead? How do I choose a reasonable amount to save so that I'm unlikely to end up either coming up quite short when it's time for school, or overshooting and having lots of money left over in there? One final question: Can I start such a savings account before the child's actually born?

Indeed, the 529 account is the obvious — and, in my opinion, best — choice. The programs are sponsored by states, who hire financial-services firms to run them. There are two flavors: savings plans and prepaid plans. I won't spend much time on the latter — which allow you to pay for a future education at somewhere close to today's prices — since most states don't offer a prepaid plan, and many have experienced financial difficulties. Choosing a prepaid plan might be a good idea if:

For more on prepaid plans, read this Smart Money article (which also mentions a private-school option).

The Pros and Cons of the 529
529 savings plans are like any investment account in that you contribute as much as you can, on a monthly or irregular basis (though most plans have modest minimums and all have huge maximums — from $235,000 to $380,000).

Here are the benefits of a 529 savings plan: 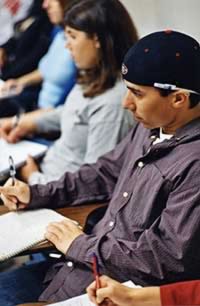 How Much to Save
Determining how much to save is difficult, because it depends on future investment returns and college-cost inflation. However, a place to start would be to find out the current cost of attending a school your future Einstein is likely to attend. Then, fiddle with a few online calculators, such as the ones from the College Board and Savingforcollege.com. If you're asked for investment return and inflation assumptions, choose 6% for both (you can ratchet down the former and/or increase the latter if you want to play it safer).

Finally, the absolute best source of information about 529 plans is Savingforcollege.com. You'll learn plenty about the general rules, but also the particulars about each state's plan. But hurry — you'll need to start saving soon to afford a big, fat, hairy college rip-off. 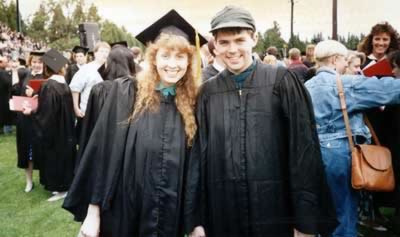 Kris and J.D., back in the Olden Days when college was cheaper
See also: Sierra's article from last October about College Savings: The Basics of Saving for College
More about...Education, Planning
Robert Brokamp

How I Escaped from Living Paycheck-to-Paycheck

The Pastoral Lifestyle: A Life Removed from Day-to-Day Concerns

Wants, needs, and the sense of entitlement

Negotiate Once, Save Thousands Every Year

Yes! Sign up and get your free gift
109 Comments
Oldest
Newest Most Voted
Inline Feedbacks
View all comments