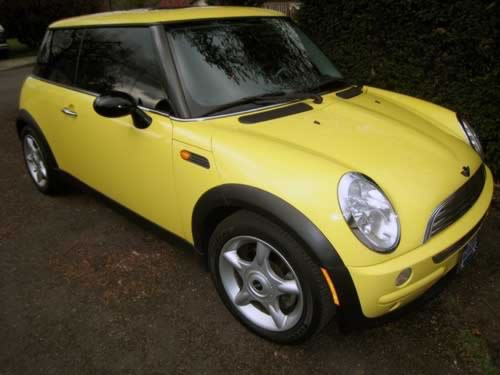 When I bought my used Mini Cooper in April, things didn't go exactly as I'd planned. Part of this was because I hadn't done enough research. But a lot of it was because the dealer had some tricks up its sleeve and I did not.

At Car and Driver, Jared Gall has compiled a list of car dealer tricks to watch for when buying a vehicle. He says that the following are common practices:

Gall says there are several other tricks that dealers use, though these are especially underhanded. “If a dealership pulls any of these stunts on you, it doesn't deserve your business,” he writes.

For more information on these tricks and how to cope with them, check out the full article at Car and Driver.

Remember: These folks play this game for a living. Even if you go into a deal armed with good information and a knowledge of dealer tricks, you can still be manipulated. You're an amateur negotiator, and you're playing with professionals.

The dealer trick that got me isn't on Gall's list. When I went to look at my Mini Cooper, I was greeted by a young man who'd only been on the job for two weeks. After I test drove the car, we sat down to negotiate. I talked him down from $17,000 to $15,000 and was very pleased with myself. But then he fetched the “closer”, whose sole task was to talk me up from that $15,000 number. I had essentially told the dealer how much I was willing to pay, and the closer was there to get me to pay more. And I did. I paid $15,600.

The young salesman did a follow-up call a week after I bought the car. He was doing a survey to ask me about my experience. I told him it was fine except that I didn't like dealing with the closer. I felt like I had been manipulated by him. “Yeah,” he said. “You shouldn't listen to him. He talks a lot, but he's full of shit. He wants to sell that car. You had more power in that situation than you think.”

The bonus of bi-weekly pay

How to find your purpose in life: 12 powerful exercises to help you discover purpose and passion

Yes! Sign up and get your free gift
115 Comments
Oldest
Newest Most Voted
Inline Feedbacks
View all comments