For better or worse, language has a significant influences on who we are and what we do in life.

What, for example, is the definition of the word retirement? How has this shaped your life? More importantly, is this definition yours? Or is it shaped by conventional wisdom? If you haven't formed your own concrete definition of retirement, which may be the largest single financial (and non-financial) pursuit of a lifetime, you're unknowingly allowing the conventional meaning of retirement to shape your actions—to define your life.

“Man acts as though he were the shaper and master of language, while in fact language remains the master of man.” ~ Martin Heidegger

Many words and terms that define your life are abstract; they may be useful for quick and general communication, but these terms can be so general that they almost have no real meaning.

Words can also be dynamic; their meanings shift in meaning over time, especially on a personal level. For example, does rich mean the same to you today as it did when you were twelve years old?

Clinging to abstract, static, conventional meanings of words that potentially define your actions and your life can be perilous, if not extremely expensive, both in financial and non-financial terms. For this reason, it's important to consciously define words for yourself and to periodically reshape the definitions, much the same as you would implement, monitor and evaluate your financial plans, as your life evolves.

Here are five words that shape your money and your life, followed by some questions to guide — but not force — your own thoughts and definitions. 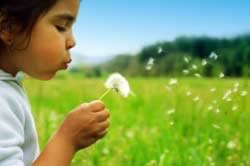 Happiness
Are you seeking happiness? Is it something you find or does it find you? Can money buy happiness? What really makes you happy? Is it relationships with other people? Is it having or is it giving? For some added perspective, the root of happiness is hap which aligns with the meanings of other words like “chance” or “fortune.”

“Don't seek happiness. If you seek it, you won't find it, because seeking is the antithesis of happiness.” ~ Ekhart Tolle

If happiness is more of an occurrence or even a wonderful surprise, can it be self-created? If not, why do we pursue something that “happens?” How much money have you spent trying to catch happiness? What is the price of pursuing happiness? What might you gain if you stop pursuing it?

Rich
Does money make you rich? If so, how much does it take and how do you know you won't keep increasing this amount once it is obtained? Is money a tool for your life or is your life a tool for money? Without a concrete definition of rich, might you just be chasing the proverbial carrot that is never reached? Do you feel trapped in the so-called rat race? If money does not make you rich, what does?

“To you, being rich might mean owning a goat farm in South Carolina. For your best friend, it might mean being able to start her own business selling wine over the Internet. Whatever the case, you're probably not motivated by the money itself, but by what the money could let you be and do.” ~ J.D. Roth, Your Money: The Missing Manual

Defining this word may be as difficult and futile an effort as defining truth; however you may be served well to at least frame freedom in a similar way as did 20th century philosopher, Erich Fromm. He divided freedom into freedom from and freedom to:

“…freedom to create and construct, to wonder and to venture. Such freedom requires that the individual be active and responsible, not a slave or a well-fed cog in the machine…” ~ Erich Fromm

Success
What does success look like? Is it a state of being? Is it simply reaching a goal? If you don't reach the goal, is it failure? Why or why not? Do you associate success with the acquisition of money, material wealth or social status?

“Don't aim at success. The more you aim at it and make it a target, the more you will miss it. For success, like happiness, can not be pursued; and it only does so as the unintended side-effect of one's dedication to a cause greater than oneself or as the by-product of one's surrender to a person other than oneself. Happiness must happen and the same holds for success: you have to let it happen by not caring about it. I want you to listen to what your conscience commands you to do and go on to carry it out to the best of your knowledge. Then you will live to see—in the long run, I say!—success will follow you precisely because you had forgotten to think of it.” ~ Viktor Frankl

If, like happiness, success is not a creation but a natural occurrence, should you be pursuing it? 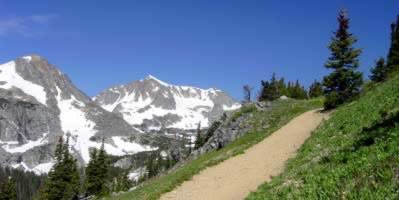 Retirement
What is retirement? Is it a destination or a journey? What thought or vision does the word evoke? Is it financial status? Does one have to be in their sixties, debt-free, and have a nest egg large enough to generate 80% of pre-retirement income at a 4% annual withdrawal rate to be retired? Why or why not?

Can you see how such a large potential cost of time, money, career decisions and other life sacrifices is associated with retirement? If money is only one of the many tools to help accomplish your definition of retirement, how much money do you really need to be retired? Could you already be retired now?

Words to the Wise
All of these words are useful because of their abstract nature — they have a general, universal meaning so they are easily understood for purposes of mass communication. Be careful, though, not to allow words and terms to lead you down the paved road of social conventions. To lead a life of meaning and purpose, you must create your own path; define words and terms for yourself. There is no wrong way to attach your own meanings to words, except to ignore doing it all.

“All truly wise thoughts have been thought already thousands of times; but to make them truly ours, we must think them over again honestly, till they take root in our personal experience.” ~ Johann Wolfgang von Goethe

Kent Thune is an independent, "fee-only" investment adviser and free-lance writer. He is also the Mutual Funds Guide for About.com and he blogs about the meaning of life and the purpose of money at The Financial Philosopher.

View all posts by Kent Thune

The Architecture of Personal Finance: Choosing the Right Materials

Deciding What to Buy