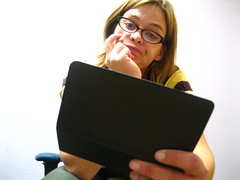 When I was young and stupid, I became addicted to spending. I got my first credit card in college, and over the next fifteen years, I accumulated $35,000 in debt. I'm debt-free now, and have even begun building a nest egg, but I didn't reach this place without making a lot of financial mistakes along the way. And I still make mistakes. Dealing with mistakes and setbacks is an important tool in your personal finance arsenal.

The best defense is a good offense. I used to spend a lot of time reacting to problems: bounced checks, car repairs, soccer injuries, and — worst of all — my own dumb choices. I never could seem to get ahead.

Then I realized that the best way to defend against financial setbacks was to actually prepare for them before they arrived. Simple, I know, but it's the simple stuff like this that forms the basis of smart personal finance. Two methods in particular helped me deflect many setbacks:

Picking Up the Pieces

Education and preparedness will only get you so far; you're still going to make mistakes now and then. You need to know how to pick up the pieces. Nothing will make things whole again, but there are a few things you can do to minimize the damage:

Although I make fewer mistakes than I used to, I still do dumb things from time-to-time. Last fall I was talking to a friend who worked at the corporate offices of The Sharper Image. He told me that the company's stock price had fallen, but management was certain they could turn things around. It was just a passing remark in a much larger conversation, but it made me think.

This was dumb. (And it was a repeat of a similar stupid move I had made — but survived — earlier in the year with Countrywide.) I didn't research the stock. I was gambling, plain and simple. And I lost. The Sharper Image declared bankruptcy recently, cutting the value of my investment from $3,500 to around $200. There's a chance it will drop to zero.

I could let this get me down — and believe me, I think my choice was plenty stupid — but I've tried to put a positive spin on it instead. I view this as a costly learning experience. I believe that the average investor should steer clear of stock-picking and focus on indexed mutual funds (that's where 95% of my money is). This has only strengthened this conviction, especially for myself.

When I told my friend Paul about this experience, he had some great advice: “Until you can remove emotion from the decision, and until you have a basis for making a data-driven decision, you'll make mistakes like this.” He's right. Even after years of following the slow, sure path to wealth, there is still a part of me that looks for a quick fix. The way to counter that is to become better prepared and better educated so that I'm not tempted to make similar mistakes in the future.

Addendum: For more on this subject, check out Jim's follow-up at Blueprint for Financial Prosperity: Early mistakes are lessons in disguise.

This article originally appeared in slightly different format at I Will Teach You to Be Rich. Photo by Betssssssy.

A non-consumer Christmas: Simple gifts for kids and grown-ups

The power of a zero-sum budget