It's been a long, lovely, crazy week behind the scenes at Get Rich Slowly. I've spent the past ten days hanging out with fellow money nerds at Fincon, the annual “money and media” conference. Fincon started in 2011 with just 225 attendees. Now there are over 2000 attendees — including nineteen of us who have been to every iteration.

Here's a quick run-down of what I learned (and taught) at Fincon 2018. 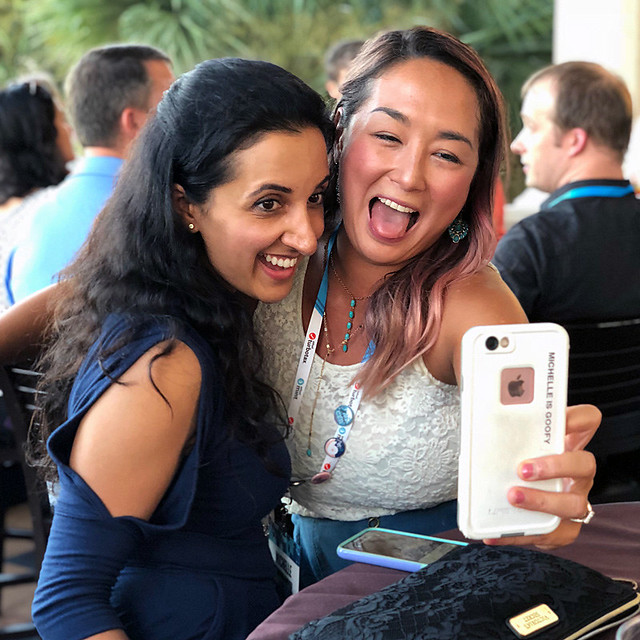 Bond with Friends and Colleagues

Fincon is first and foremost a chance to meet and bond with friends and colleagues. When you're a money writer (or money podcaster or money YouTuber, etc.), you spend a lot of time holed away by yourself. It's a lonely existence. It's rewarding to see each other, even if it's only once a year.

It's been eighteen months since I've seen Mr. Money Mustache, for instance, but we got to be temporary roommates this week, and are now spending a couple more days together (with other friends) at a post-conference retreat in Clearwater. Plus, I got to make new connections with folks like Piggy and Kitty from Bitches Get Riches (my favorite money blog), who are even more awesome (and hilarious) in person than they are on the cyberwebs.

Like me, the Bitches are huge fans of Harry Potter. Actually, they are huger fans than I am, considering I haven't yet read the final two books. (Sorry, I didn't like Order of the Phoenix.) Talking with them made me realize that although I've always self-identified as a Ravenclaw, I am actually a Hufflepuff. (“You're a Hufflepuff with Ravenclaw rising,” Piggy suggested, and I think she's right.)

It's strange to think that although I see these people only one week each year, they're almost like family. We're able to pick up where we left off twelve months ago and continue as if we'd never been apart.

Teach Everything You Know

Fincon is also a chance for us to teach everything we know in order to help others improve their sites, podcasts, and channels. The unrestrained sharing of info and experience is astounding. In a lot of other fields, people would be jealously guarding their secrets. Not here. Here, folks are dropping knowledge bombs all of the time.

As always, I've been involved in a couple of presentations (in addition to the bajillion casual conversations in bars and lobbies).

I don't really like public speaking. I turn down a lot of requests. And when I do agree to speak, I'm often very nervous. But I'm always happy to do whatever presentations I'm asked to do at Fincon, and I'm nearly never nervous doing them. Not sure why that is. Maybe because I'm completely comfortable and in my element?

Lastly, Fincon is a chance to meet with potential “partners”, companies who want to advertise on our channels or who want to pitch their shiny new money apps.

I’ve never actually done this in the past and probably won’t do so again in the future. This year, I over scheduled. (In fact, I nearly collapsed from exhaustion on Friday evening — for real! — and had to return to my room for a few hours until the empty, hollow feeling and dizziness wore off.)

The real problem, however, is that many partner pitches just aren't appropriate for me — or for you. Fortunately, some are. I was impressed with three companies in particular, and hope to work with them in the future (whether or not there's financial compensation involved).

This year, I came to the startling realization that I, as a man nearing his fiftieth birthday, really ought to be working with AARP, the national non-profit whose mission is to “empower people to choose how they live as they age”. It was hilarious during my meeting with the AARP rep to watch the light switch on in both of our heads: “Oh, our missions are well-aligned, and there's an opportunity here to collaborate and make the world a better place.” We don't know what that collaboration would look like yet, but I'd be surprised if we didn't work together extensively in years to come. 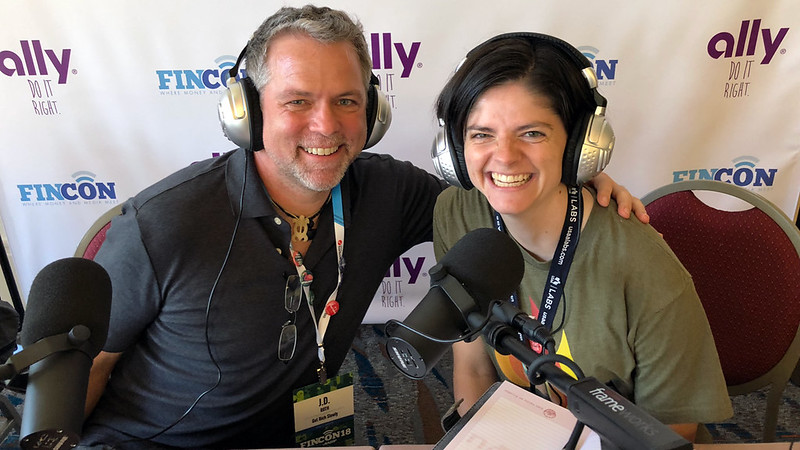 The Future of Get Rich Slowly

Perhaps the biggest Get Rich Slowly news to come out of Fincon is that I've found somebody to come on board to handle the technical side of the site. As loyal readers know, I'm a writer. All I want to do is write, to share stories and strategies for better managing money. I hate hate hate dealing with the technical and business aspects of this business. (And make no mistake, this is a business.) 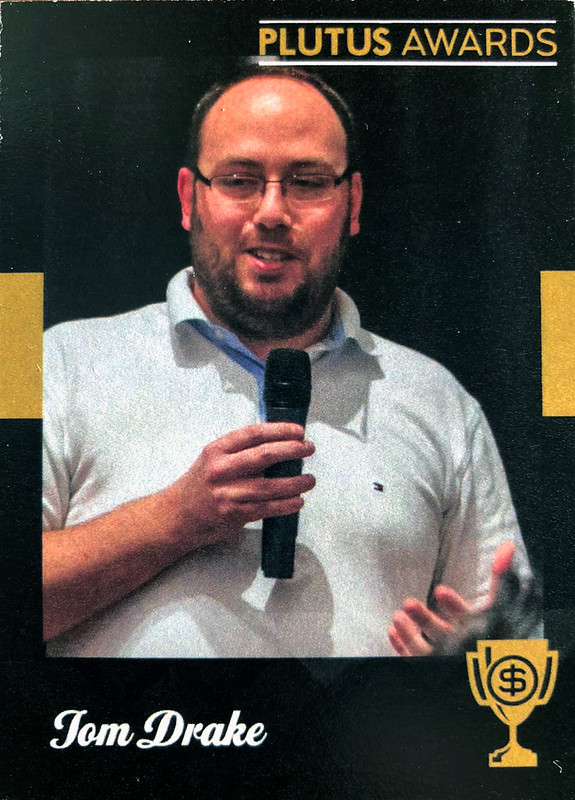 Well, my friend Tom Drake from MapleMoney does not hate the technical and business side of things. In fact, he's the sort of nerd who digs this sort of drudgery. (For him, it's not actually drudgery.) We haven't hammered out the details yet, but we've agreed that some sort of partnership is in order. In fact, he's already begun working behind the scenes to clean things up around here. Yay!

I still have a couple of days left here in Florida. I'll return home to Portland on Wednesday. (Then, almost immediately, Kim and I will dash off to the Oregon coast to celebrate her birthday.) Next week, things will be completely back to normal at GRS.

Meanwhile, I already miss my Fincon family. I know I'll see many of my closest colleagues several times in the months ahead, but I won't see most folks for an entire year. The 2019 edition of the conference will take place in Washington, D.C. (where I've never spent any substantial time), and I can't wait.

I also can't wait to resume writing for you money bosses. There won't be anything new tomorrow, but it's my goal to publish a new substantive, real article on Wednesday. See you then! 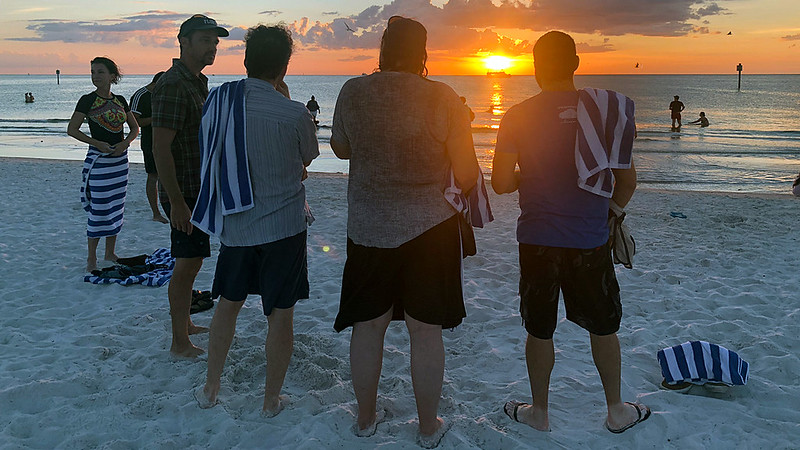