Spring is here, and that means lawn chores. “Grass is a weed,” my wife and I tell each other. But with 3/5 of an acre, much of it lawn, we have a lot of grass to care for.

Aside from mowing, one of my first tasks every year is weed control. I'm not anal-retentive about this — though I used to be — but I do like to eliminate most of the worst offenders. Dandelions are my nemesis. 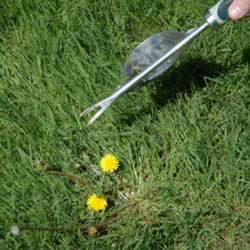 Many of my friends use Roundup to control weeds in their lawns. I use a weedpopper. People think I'm crazy, but I love the thing. Here's why: 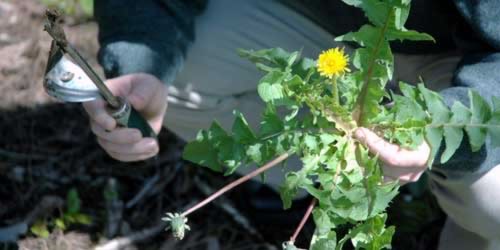 A weedpopper isn't for everyone, but I do think it's an excellent choice for those with small lawns. (And, obviously, I use it on my very large lawn.) I have a friend who is anal-retentive about his lawn — it's a thing of beauty. He uses a sprayer. I gave him a weedpopper for his birthday last year thinking it might be handy for spot weeding, but he won't use it.

“It puts divots in my lawn,” he says. I've been using a weedpopper for fifteen years (this is my second one), and have never been bothered by unusual divots. But if these might bother you, then a weedpopper isn't a good choice. For everyone else, it's a cheap and useful tool.

There are 35 reader responses to "Frugality in Practice: A Cheap Defense Against Weeds".