Gaming without breaking the bank

Though J.D.'s back on the blog, he's still a bit behind — so much e-mail! — so here's a guest-post from Tim Ellis, who writes Seattle Bubble when he isn't glued to a screen, zoned out on video games. You can find him playing as “TH3 T1M” on Xbox Live and on PSN. 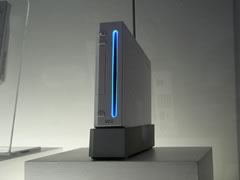 I've been an avid gamer ever since I bought my first Nintendo Entertainment System when I was ten. Today I have a Wii, an Xbox 360, and a PS3. My library of games includes major titles including the big Mario and Halo games, LittleBigPlanet, Batman: Arkham Asylum… you get the picture.

Even with a serious untreated gaming addiction, I manage to spend just a few hundred dollars a year on my gaming habit. (I'm not rich, after all.) I bought all three of the consoles mentioned above for a combined total of about $400 (today's retail price: $800), and I rarely spend more than $20 on a game, despite the fact that most titles retail for $50 to $60. Here are a few of the tricks I use to indulge in my gaming habit without laying waste to my carefully-constructed budget.

Exercising a little patience can pay off in a big way. After just six months, that $60 new release can often be found for $40 or less. A year after they hit the shelves, it's not uncommon for me to find some games for $30.

Patience can also pay off especially well when you also keep an eye out for sales. CAG is your best friend here. Check out their forums, or set up a Google Alert that search the whole site if you're looking for a specific title.

If you're a PC gamer, it's also worthwhile to keep an eye on Steam, where they frequently throw down major sales on all sorts of popular titles. Another trend that has cropped up lately is indie game companies teaming up to offer sweet discounts on bundles of great indie titles.

Tip: Patience pays off in another way, too. If you wait instead of buying a game the day it's released, you have time to get reviews, both from the pros and from other users. This can keep you from spending on a highly-touted game that turns out to be a dud.

While some prominent gamers have recently raised potentially valid philosophical arguments against buying used games, one thing you can't argue with is that buying used saves you money.

Personally, I don't waste my time with a certain major brick-and-mortar used-game shop since their used games are usually priced only a few bucks cheaper than new. Instead, I tend to find most of my used games on Glyde.com, where I am frequently able to pick up games in excellent condition for 50% or more off the new retail price. I have also used Glyde successfully to sell games that I no longer play, which is another great way to keep costs down.

Craigslist can also be a good place to find cheap used games, if you are patient and make heavy use of their RSS feeds. I picked up the original Assassin's Creed for $20 from someone I found on Craigslist, while the game still retailed new for $60.

Can't Give up the new releases?

If you're not the patient type, you can still enjoy games as soon as they come out while still not paying full retail price. In order to get people in the doors, retailers will often offer gift cards with the purchase of a new release during its first week. I even saw some stores giving gift cards with Starcraft II when it came out a couple months ago.

Don't forget indie games, either. New release games from independent developers are often much cheaper and just as fun as the big-name blockbuster titles. Two of my personal favorite developers are Telltale Games and Twisted Pixel, but your choices in indie gaming are nearly limitless.

Who Says You Have to BUY Your Games?

Another method that can work well for playing new releases when they're still fresh is using a game rental service like Gamefly (essentially Netflix for video games). This has the added advantage of helping you avoid accumulating stuff.

Speaking of monthly subscriptions, don't hesitate to drop a gaming subscription if you find you aren't playing it enough to get your money's worth out of it anymore. Got an MMO that's debiting your savings account $6 every month for a game you haven't touched in half a year? Cancel it!

Frugality is Not a Form of Asceticism

Just because you're smart with money doesn't mean you can't have fun. If you're into video gaming like me, there's no need to resign yourself to breaking the budget to enjoy your entertainment. With a little patience, some smart shopping, and a sharp eye for discounts, gaming can be a relatively inexpensive hobby.

When Less is More: The Importance of Perceived Value

The stages of financial freedom: The road to financial independence