Geographic arbitrage: Save money by leaving the country

Let's start with the obvious: Costs aren't the same everywhere.

You may already be aware of this on some level, but until you've traveled extensively, it isn't something you really understand. The cost of living in major cities can vary by as much as 500% or 1000%, depending on how you want to live. I've found that it's almost impossible to reduce your living expenses as much as you can by living overseas.

Leaving the U.S. and choosing to live abroad (assuming you live in the right place) is the single biggest thing you can do to reduce the amount of money you spend. Period. Yes, it requires changes and sacrifices in other areas of your life, but if you're looking for adventure and to radically cut your costs, nothing can beat living overseas.

The cost savings don't just come from living in a cheap place, however; the very act of living abroad will bring changes to your lifestyle, which will produce additional savings.

Every year, Mercer Resource Consulting issues a list of the most expensive places for American expatriates to live. What the list doesn't capture is the magnitude in the difference in the cost of living between cities.

Take New York, for example. The smallest, dirtiest place you could find in Manhattan will probably cost you $1,500/month at the low end. This would be an unfurnished studio in one of the less trendy parts of town. This would, of course, probably be without an internet connection.

A nice, furnished, single-bedroom apartment in Bangkok can go for $400/month with internet included. I know people who rent less impressive apartments for $200/month. Bangkok is a vibrant city with all the stores you'd find in most major North American or European cities. The internet infrastructure is good, and there's large community of expats and bloggers.

Food can easily be purchased from local street vendors for $1-2 per meal, so you'd never have to cook if you didn't want to. Fresh fruits and vegetables can also be bought from street vendors at a much lower price than you'd find in a store.

While Southeast Asia is a popular destination for westerners, you can find places with lower living costs all over the world in cities like:

Even Eastern European cities can provide a lower cost of living than what you will find in the US or Western Europe.

J.D.'s note: I'm editing this article from Cape Town, just two days before flying back to Portland. I can vouch first-hand that the cost of living here is much lower than back home (because incomes are much lower, too): $6 for a t-shirt, fifty cents for a can of soda, three bucks for a glass of wine. Most things seem to be about half the cost I'd expect to pay in the U.S. 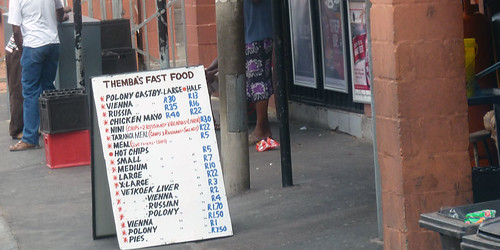 If you do own or rent, one easy way to earn money while you're overseas is to simply rent your place to someone else. Depending on where you live (and where you move), the income earned from renting could easily cover all or most the costs of living in a foreign country.

If you're looking to start an online business, the freedom and capital provided by moving and renting might be enough to get you started.

Getting Rid of Your Stuff

Most people who move overseas take only a few suitcases full of possessions: clothing and small personal effects. Larger items, like furniture, have to be put in storage, given away, or sold.

While you certainly don't have to leave the country to reduce the amount of Stuff you own, it does force you to deal with your possessions in a way that you otherwise wouldn't have to.

Also, when your life is in a suitcase, you'll pay much closer attention to what you buy because you incur the additional cost of having to carry it around.

I'm not a tax professional, tax attorney, or accountant so please take what I say with a grain of salt and contact a professional before taking any action on your taxes.

If you're living outside the United States, you're not using many of the services that your taxes go towards. As such, there's a significant tax benefit to living overseas.The first $80,000 on income for U.S. citizens isn't taxed if you spend 300 consecutive days outside the country. For citizens of other countries, you usually don't have to pay any income tax if you live outside of your country.

This alone may be enough to economically justify a move for many people, and might even make an otherwise unaffordable city (like London or Paris) affordable. For some, the reduced tax burden could increase their income from 30-50%, depending on where they live and what tax bracket they're in.

Another strategy I've learned from American expats: Before you move overseas, change your residence to a state like Florida or Texas that has no income tax.

Last summer, I had to return to the U.S. because my father was in the hospital. I stayed at my parents' house for several months, and I noticed I was spending more money in the United States than I was in Bangkok even though I didn't have to pay for rent or food. This was almost entirely due to the cost of operating a car.

Gas, maintenance, parking, and insurance cost an enormous amount of money. If you move to a major city somewhere else, you can completely eliminate this expense by just taking public transportation. Even taxis in a city like Bangkok will cost no more than $2-5 for almost any trip you can take.

Probably 95% of the people reading this either have no desire to relocate to another country or conditions in their life simply don't allow it. Mortgages, family, children and careers make this something that's only an option for a small group of people. Leaving the country isn't for everyone. I understand that.

Nonetheless, it's something you should keep in the back of your mind. Even if it's something you don't find appealing at the moment, circumstances in your life could change in the future such that it might be possible and necessary to move. Many people I've met traveling have retired overseas and live a much higher standard of living than they otherwise would live at home on their pension.

Gary Arndt has been traveling around the world non-stop since March 2007 and has visited over 80 countries. He blogs at Everything-Everywhere.com, which was named one of the 25 Best Blogs of 2010 by Time Magazine

View all posts by Gary Arndt

What is Dollar-Cost Averaging? An introduction to DCA

Budgeting: The most important thing you can do with your money