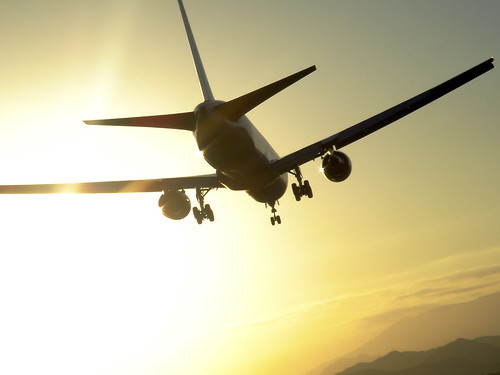 Four years ago, I became a member of a frequent flier program. I'd just returned from my first trip to Europe, and I had been bitten by the travel bug. My former boss insisted that I sign up — she goes on great vacations every year and always uses miles to pay for her flights.

Flash forward to the beginning of this summer, when I redeemed my miles for three tickets to Europe which cost about $120 each, including processing fees as well as the annual fee on my rewards credit card for the last few years (the card is tied to the airline program and awards points with every purchase made on the card). It's a great deal to be sure, considering that we paid about $1,250 for a ticket the last time we hopped across the pond. This was long before I knew anything about smaller booking sites and how to find cheaper flights.

Some turbulence
Redeeming miles wasn't a piece of cake. In fact, we ended up booking part of the trip through another airline because the available flights that started in our hometown and ended at our desired destination were just plain nuts. Four connections, long delays, and a jaunt from LaGuardia to JFK, and I don't mean a connecting flight between the two airports, I mean we would have had to arrange to get ourselves from one airport to another to catch the next flight. Um, no thank you. An almost-free flight isn't worth that much hassle.

Instead, I used miles to book our flights from JFK to Europe, and booked separate flights with another airline to get us to and from New York. In total, the cost of getting to and from Europe cost $400 per person. Not free by any means, but still a good deal.

Your mileage will vary
I'm not an expert at travel hacking by any stretch of the imagination. This was my first experience redeeming miles, but all in all it wasn't that difficult and I'm satisfied that it's worthwhile. But not all airlines are the same when it comes to frequent flier programs.

The Wall Street Journal reported that although it's easier to redeem miles this year compared with last year, some airlines are “stinger” than others. Consulting firm IdeaWorks made 6,720 requests for a standard-mileage ticket at 24 airline websites to determine success rates of scoring rewards sets. Here's how some of the U.S. carriers ranked:

International carriers had several standouts, with one filling 100% of requests. Top rankings went to the following airlines:

It's not hard to understand why an airline would limit reward seats. With rising fuel costs, it's much more profitable to sell a ticket than to book a reward flight.

Nevertheless, carriers also know that if reward seat restrictions are too tight, they can lose money. According to the WSJ article: “Miles bring in billions of dollars in revenue for airlines when they sell them to credit-card companies that offer loyalty rewards, and carriers have acknowledged they need to loosen restrictions on seat availability or risk losing customers.”

It's a surprising-yet-good sign that overall, 68.6% of queries made by IdeaWorks found available seats, up slightly from 66.1% in 2010.

Maximizing your miles
It seems that airlines are working to find a balance between paid and reward tickets, but there also are ways that consumers can up their odds of cashing in miles for tickets to their chosen destination. Consider the following tips:

As I said, I'm no expert. I'm still learning, which is why I'm taking a travel hacking class from Chris Guillebeau this week. (No, I don't get paid to promote that webinar, and yes, I paid $29 like all other attendees!) I'd love to hear about any resources you'd recommend in the comments, as well as your experiences with airline miles. Do you use them, and if not, why not?

How to raise a frugal child

Tax-Loss Harvesting: How to Use the Market Downturn to Save on Taxes This Year