Getting Things Done: How to take control of life

Taking control of your finances is easier when the rest of your life is in order. If your mind is swamped with worries about work, or home improvement projects, or obligations to friends and family, personal finance can become a low priority. You have other Stuff to worry about.

David Allen's Getting Things Done provides a system for tackling all of the Stuff in your life. I've avoided mentioning Getting Things Done before today. But I'm currently writing a couple of articles that will make more sense if you're familiar the concept, so an introduction is in order. 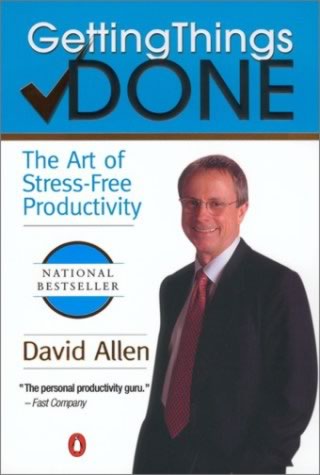 Getting Things Done (GTD) is about productivity. Its aim is to help you do more while feeling less stressed. Rather than explain the system — other sites have done so already — I want to share how I implemented it in my own life. Since I didn't follow things to the letter, and since many of you are probably unfamiliar with GTD, I'll begin with a brief description. The following has been simplified.

How ‘Getting Things Done' Works

Whenever an item is taken from the Collection Bucket, ask yourself: “Is this actionable?” In other words, “Is this something that I can take care of right now?”

If the item is not actionable:

If the item is actionable:

Using this system, most items are processed immediately. Some items are deferred. Deferred items may be:

There's a special subset of actionable items called Projects. These are multi-step tasks. Each Project gets its own file, and the Next Action for each Project is placed in the Collection Bucket.

After the GTD has been implemented, the Collection Bucket should be emptied once a week (or as often as necessary). That's it. That's the system.

I have this hanging above my desk as a constant reminder. Moehring has graciously granted me permission to offer this as a free download.

Adapting the System for Personal Use

One of my mantras is “Do what works for you”“. The Getting Things Done system is presented primarily as a tool for business use, but it's easily applied to one's personal life. They key is to modify it so that so that it fits the way you live and work. Here's how I got things done:

You know that freedom you feel when your on vacation? That wonderful sense that there's nothing to worry about? That's what this system attempts to give you. When I exercise the discipline to get things done, I'm happier. Things seem to fall into place.

Some of you probably believe this is silly. It probably seems like a lot of effort to take care of something that you can do in your head. The point, though, is that this system gets everything out of your head.

When you're trying to juggle 53 Next Actions in your head (along with a dozen Projects, a dozen someday/maybe wishes, a score of calendar items, and a bunch of other ideas), it can be overwhelming. It's easy to feel stressed, or bewildered, or desperate. With the Getting Things Done system, everything is out of your head and on paper. You don't have to think about things anymore. You just do them.

Getting Things Done offers a solution for creating order out of chaos. Unfortunately, I tend to lose focus on the system with time. Things happen, and I forget to process my inbox for several weeks, and then it becomes intimidating. Weeks turn to months. Eventually the chaos returns. When this happens, I perform a system reset. I start over from scratch.

But even the experts have trouble sticking to the system. Scott Moehring — who shared the advanced workflow diagram posted above — told me:

I go on and off with GTD, but it is always part of what I do. I am always happier when I follow it. […] I collect almost everything, but it falls off in varying degrees from there. My worst part is the Weekly Review, and I think it is the most critical part. Two things really help me, though: keep it as simple as possible, and manage your e-mail this way.

I'm sure you can imagine the ways in which GTD concepts can be extended to your financial life. In the future, I hope to share some of the ways I've combined the two.

or more information about Getting Things Done, you may be interested in:

10 Ways to Save Money on Books

Yes! Sign up and get your free gift
30 Comments
Oldest
Newest Most Voted
Inline Feedbacks
View all comments

As featured in:
4 shares
wpDiscuz