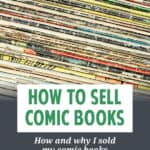 It's fun to meet readers for coffee or lunch. It used to seem a little strange that random strangers knew so much about my life, but nowadays it just makes conversations easier.

The answer to that last question is actually vastly more complicated than the answers to the first two. You see, I've (almost) given up comics completely. 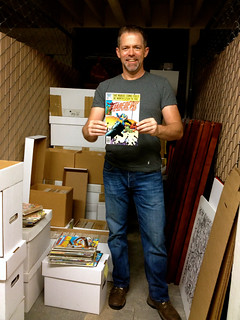 I'm a life-long nerd. As part of that affliction, I've been reading comic books since, well, before I could actually read. Some of my earliest memories are standing in front of the spinner racks in the grocery store, looking at comics while my Mom did the shopping.

By the time Kris and I split up, I'd amassed nearly ten thousand comic books. Then a funny thing happened during the divorce. My urge to collect disappeared. (My therapist has some thoughts about this…) I no longer felt the urge to acquire more comics; in fact, I wanted to get rid of the ones I had!

Though I'd decided to get rid of my comics, I took no action. The task seemed daunting. I wanted to pay somebody else to do it, but nobody seemed interested.

Last February, a couple of things happened. First, Kim had shoulder surgery and was off work for several weeks. (It's tough for a dental hygienist to clean your teeth if she can't lift her arm!) Second, she decided she'd like to generate some side income — not just to compensate for her lost wages, but also to save for future adventures together. This gave me a cunning plan. 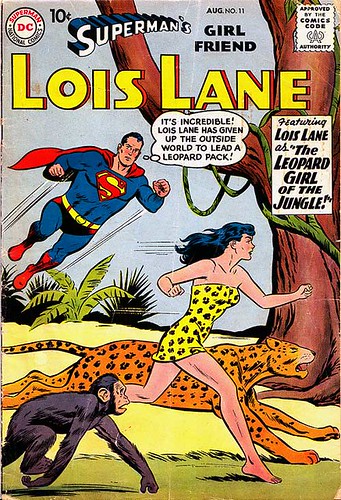 “Here's a way you can make some extra money,” I told her one morning over coffee. “You know all of those comic books in the back room? If you sell those for me, I'll give you 20% of the proceeds.”

“How much are they worth?” she asked.

While she spent the next couple of days recuperating in a recliner, she surfed the web, trying to learn about comics. “It's like learning a foreign language,” she said. She read about the impact of condition, the desirability of certain titles and issues, and the different methods of selling the books. “This is going to be a lot of work,” she said.

Although my comic book collection probably cost me roughly $75,000 over the years (and maybe more), the only way to get that much money out of it would have been to spend a l-o-n-g time selling each book. The idea gave me the heebie-jeebies (and Kim hated it even more).

This is the sad truth about collectibles: The values listed in the price guides are irrelevant (and basically worthless). A collectible is worth what somebody will pay for it — nothing more.

There are generally two ways to sell collectibles: quickly or for top dollar. You cannot do both.

I knew all of this going into the process. But because I was giving Kim a 20% commission to do the work, I let her make the call. “You can take a long time to sell this stuff and you'll get more money,” I said. “Or we can just sell it all at once and get less. It makes no difference to me.”

And here's the sad truth about my collectibles: It really made no difference to me. Whereas these comics had once been a core piece of my identity, they'd become a burden. I'd lugged them from the Canby house to the Oak Grove house to the apartment in northeast Portland to my new condo in Sellwood. I was done. I felt no need to possess them. I wanted money instead.

So, Kim and I worked together to sell the comics.

First, we contacted an online comic dealer. I gave the company a rough estimate of what I had: about 7,500 comics, mostly superhero, mostly from the Bronze and Silver Ages of comics (meaning from 1958 to 1983). The company said they were interested. “Give us a complete list and we'll give you an offer,” they said. 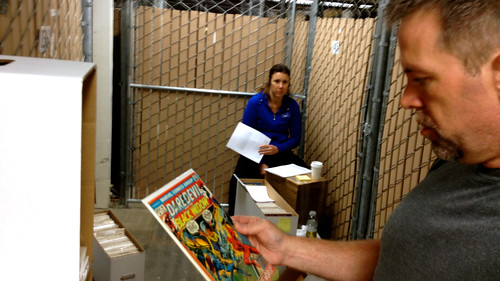 After the equivalent of an entire workweek, Kim and I had sorted and inventoried all of the comics, and submitted the list to the company. The company sent us an offer. We accepted. We shipped the comics to them. They sent us a check.

That makes it sound so simple, but it was a hell of a lot of work. Ultimately, it was worth it.

When we sold the comics online, we held back about forty of the best issues — things like Amazing Fantasy #15, Showcase #28, Fantastic Four #1, and so on. One of Kim's patients at the dental office runs the largest antiques fair in the Northwest; when she told him about my comics, he invited us to come sell them at his event. So we did.

On a sunny July morning, we met with a couple of the dealers. They oohed and aahed over my collection. “These are nice books,” said the first dealer. “They're not in the greatest shape, but they're nice books.” (When I collected, I intentionally collected comics in average condition.)

“How much do you want for them?” asked the second dealer.

“How much could you give me?” I asked.

The second dealer looked through the stack. “I like these old Lois Lane books,” he said. “I could give you $6,000.”

Kim and I conferred in whispers. “What do you think?” she asked.

“Still too low,” I said. “I think we should ask for eight.” She nodded.

“How about sixty-eight?” she said. As I groaned inside at the miscommunication, the second dealer agreed. (Afterward, Kim and I laughed at the mix up.)

So, we'd managed to get rid of the bulk of my comic collection and net $25,000 for it. But there was still work left to do.

In early August, I started to sort through my stuff at Kris's house in preparation for our garage sale. There, I found a few thousand additional comics. (Plus the huge collection of graphic novels I already knew was there.) I groaned inside. “I'll never get rid of these,” I thought. 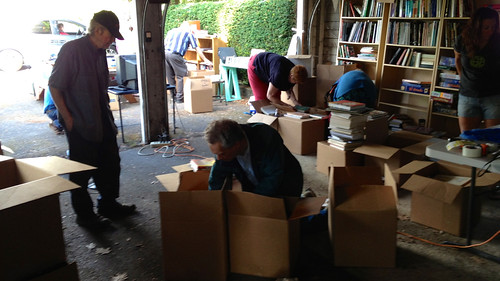 Sorting through my graphic novels…

During the weekend of the garage sale, one man paid $500 for all of my graphic novels (far far below retail value). And at the end of the sale, another man stopped by on a whim. “Do you have any comics?” he asked. I gave him a funny look. How did he know? I led him back to the storage shed and showed him.

“There's about three thousand comics here,” I said. “A lot of them are junk. But many of them aren't. There's a bunch of Marvel and DC from the sixties and seventies. I know for a fact there's a Teen Titans #1 in here somewhere, for example.”

The man's eyes got big. “How much do you want for all of these?” he whispered.

I thought for a moment. I was tempted to pay him to take them. Instead I said, “I don't know. How about a thousand bucks?”

The man's eyes got bigger yet. “Really?” he said. I nodded. “Omigosh,” he said. “Thank you.” He shook my hand. He drove off to get $1,000 in cash and then loaded the boxes into his Ford Mustang. “You've made another collector very happy,” he said as he drove away.

And that's the story of my comic book collection. I truly believe it was worth about $75,000 — if I'd had the time and the patience to piece it out. But I didn't. Instead, Kim and I opted for the “quick” route. But even the quick route took four months from the time we started the project until the time we finished.

Kim used her 20% to pay off some bills she'd accrued while out of work after her shoulder surgery. She also set some aside to rebuild her car fund. I took my proceeds and used them for two things: to fund our recent Alaskan cruise, and to start our shared “Dream Fund”, which we hope to use to buy a beach house somewhere warm.

I hope the real lesson here is pretty clear: There's a h-u-g-e burden to accumulating stuff, even if that stuff is “collectible.” Collectibles cost money (often, lots of money). They take up space. They're a mental weight. And unless you want to just throw them in the trash, getting rid of collectibles can be a hassle.

Long-time readers know I've been waging a war on “stuff” all my life. I'm pleased to say that victory is in sight! Now that Kim and I have moved in together, our combined possessions fit into my condo — plus a small nearby storage unit. And neither of us has any collectibles. (I kept a handful of comics because I'd like to read them, but not because I have a compulsion to own them.)

Who knows? In time, we may not even need the storage unit.

There are 122 reader responses to "How I sold my comic books (and why)".