How to get cheap drugs

Six of the highest-selling prescription medications in the United States will be “off-patent” before the end of 2012. The costs associated with those currently pricey meds will drop faster than the Dow on a bad day.

Here's one example: The generic form of Lipitor might cost as little as $10 per month, compared to the $150 it can cost now. Yowza!

It's a very big deal even if you have health insurance. The average co-pay for a generic formula in the U.S. is $6, as opposed to $24 for non-generics with “preferred status” and $35 for non-preferred brand. That doesn't help much if you use a medication not afforded rock-star status by your insurer — or, worse, if you can't afford insurance.

As welcome as these new generic formulas will be, you needn't wait around for prices to tumble. There's more than one way to cut the cost of medications.

Start With the Cheap Stuff

Plenty of generics already exist. Doctors sometimes prescribe the designer drugs out of habit, but maybe 10 days' worth of penicillin would vanquish that upper-respiratory infection just as well as a pricier antibiotic. Speak up, already: Explain that you're on a tight budget and in the market for a just-as-good-but-cheaper formula.

Taking maintenance meds? You can pay as little as $4 for a month's worth of pills at places like Target, Wal-Mart and Safeway. Visit store websites to find which drugs are available, then ask your doctor which ones will work for what ails you.

Note that while generics generally perform as well as the pricier pills, a few of them might not. If your doctor is adamant about your staying with the name-brand stuff, there might be a good reason. Of course, it wouldn't hurt to seek a second opinion.

Walgreens has a “Prescription Savings Club” whose $35 annual fee gets you and your immediate family discounts on more than 8,000 different meds. Of those, more than 400 generics are available for $12 for a 90-day supply.

Once you've gotten a prescription established, either by bringing it in or having your doctor phone/fax it in, you can refill over the phone or online. The store might even offer free shipping. Ask.

And speaking of the Internet: Sites like Drugstore.com sell prescription medications, as do online pharmacies such as Caremark and Medco Health Solutions Inc.

Caution: The National Association of Boards of Pharmacy recently issued a public health alert about fake online pharmacies, noting that 96% did not comply with U.S. pharmacy laws. The organization recommends buying only from verified internet pharmacy practice sites.

Drugs that Are Free

You might not have to pay for meds at all. Once that strep throat is diagnosed, ask if the doc has any drug samples. Pharmaceutical reps drop off boxes of free meds along with those fabulous calendars, pens and tote bags. Your doctor might reserve these drugs for desperately broke patients — but maybe that's you. It can't hurt to ask.

Tip: Some drugs, such as prenatal vitamins and certain antibiotics, are free at Top Foods, Meijer and Publix supermarkets.

If you're living on a very low income, you might qualify for free medications through patient assistance programs offered by most pharmaceutical companies. 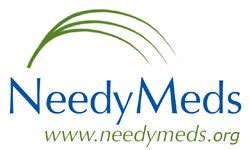 Groups such as NeedyMeds, the Partnership for Prescription Assistance, the Chronic Disease Fund and HealthFinder.gov can tell you more.

Several drug companies also joined forces to create the Together Rx Access Program, designed for people under the age of 65 who have no prescription drug coverage. This free, income-based program makes it possible to save 25% to 40% on more than 300 medicines and medical products, and is accepted in most major pharmacies in the United States and Puerto Rico.

If the subject is painkillers, you might not need the 20-count dose on the prescription. Ask if you can fill only a few tablets' worth at a time. Use good judgment on this one, obviously, but I've filled pain prescriptions in the past and used only one or two tabs. Infuriating.

You can cut the price of certain meds in half quite literally, by splitting the pills. For example, if you have a 10-mg drug prescription request a 20-mg tablet (the cost is often about the same) and then use a pill splitter to halve the dose. The gadget can be had for as little as $3 on Amazon.com, which means it'll probably pay for itself the first time you use it.

Caution: Do not cut pills with a paring knife. The dose has to be exact, not almost half. Spring for the pill-splitter now or for an ambulance co-pay later. Your choice.

Or what about bulk discounts? No, you won't be asking for 50 pounds of Percodan — you'll be using the power of group buying by getting your meds at Costco or Sam's Club. You don't need to be a member to use the pharmacies in those warehouse clubs.

Pharmacies now bid for your business the way travel agencies and insurance companies do. In his new book, Living Large in Lean Times: 250+ Ways to Buy Smarter, Spend Smarter and Save Money, frugal dude Clark Howard suggests a service called BidRx.com. You register and post the drug you need, and independent pharmacies will instantly throw bids at you.

The site is free but you need a referral code to register. The author has his own code, clark, but stresses that he receives zero compensation. BidRx simply set it up after Howard's mention of the site caused a leap in business.

Brick-and-mortar pharmacies often lure us with gift cards cards for new or transferred prescriptions. Any time you see such offers, clip them out and put them in your wallet. When your spouse gets bronchitis or your daughter breaks her arm during hockey practice, head for the pharmacy with the best signing bonus.

Obviously it's important to tell the new place about any other meds being taken. One would hope the pharmacist would ask, but maybe s/he won't. I've dropped off ‘scripts and been asked only if I were allergic to any medications, not whether I was on another pill that would clash with the new meds. That's why some people don't think it's safe to hop from pharmacy to pharmacy.

If this makes you uncomfortable, then don't do it. But back when my health insurance didn't include discounted drugs, I filled and transferred prescriptions whenever I could get a gift card. It was a nice budget-booster, whether I used the cards for groceries or gewgaws.

Here's my favorite example. Before a minor health procedure I needed to get two tablets of a tranquilizer (pre-surgery) and an antibiotic (post-procedure). Both were generic and therefore super-cheap, and they earned me a $10 from Target and a $20 gift card from Walgreens. I used part of the Walgreens card for a special offer: Buy four 12-packs of Diet Pepsi for $10 and then get a $10 rebate.

At that time I happened to have coupons for two free 12-packs, which I'd received after calling Pepsi to complain about the tabs snapping off some cans of soda. Thus I wound up paying just $5 for the soft drinks but still getting the $10 rebate.

Please refer to me by my Latin name, illegitimus frugalis. And yes, I know that diet soda isn't good for me. But I didn't care — I was on Valium!

Make more money: How to supercharge your income

Trading Stocks: How Do I Find Good Stocks?

Beware the Insidious Power of Marketing