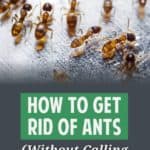 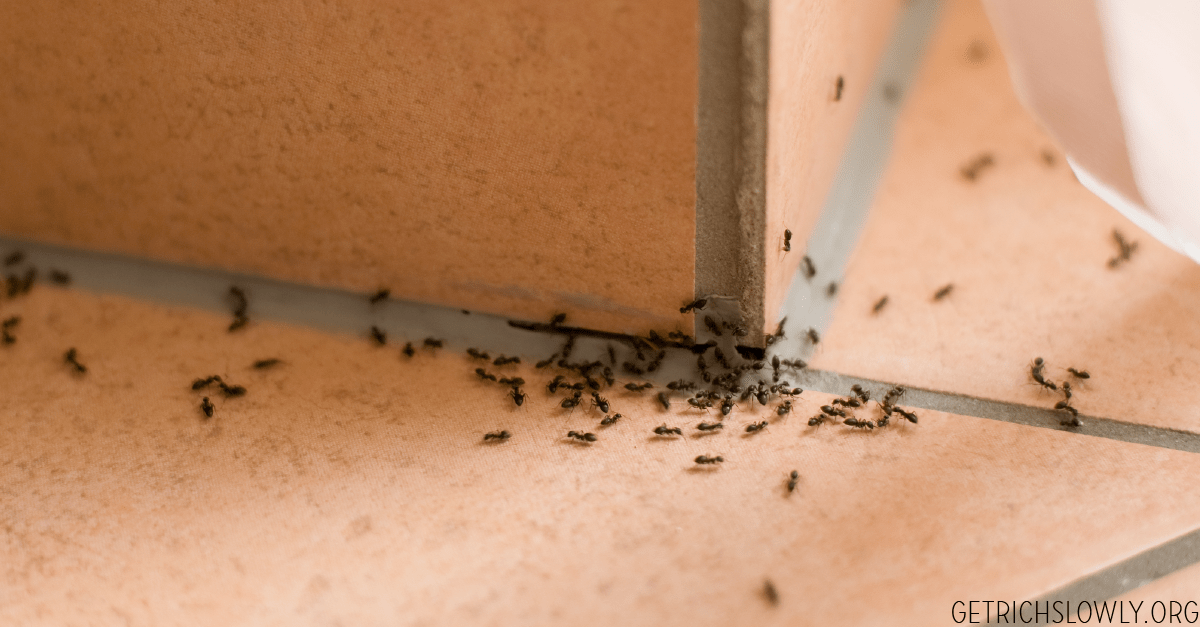 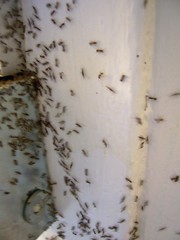 At our old house, Kris and I were constantly at war with the little devils. Every time we suffered another invasion, every time they managed to find the pantry, every time they discovered the cat food, every time they ruined my chocolate chip cookies, I would berate them with colorful euphemisms.

Eventually, it got so bad that we had to bring in an exterminator. It seemed crazy to hire an exterminator to deal with little sugar ants, but nothing else we tried would work. So we plopped down $100 every three months to keep the ants under control. (It may not have been $100 for each visit — Kris thinks it could have been $300.) It didn't really help. After the exterminator visited, the ant problem would subside for a couple weeks, but then we'd be right back at war with them again.

Sad but true: the ants were one of the reasons I wanted to move out of that house.

We've been lucky at our new house. In the almost four years that we've lived here, we haven't had an ant problem.

Then on Tuesday night, Kris asked, “Why is there an ant highway at the bottom of the stairs?” In our secret couple-language, an “ant highway” is the long teeming swarm of ants running from their point of origin to whatever it is they've decided they're hungry for. Kris followed the ants to their destination; I traced them to their source. They were traveling through four rooms to find their treasure: a sticky mess I had made on the kitchen floor. There were hundreds (thousands?) of ants feasting on a hunk of goo.

I berated the little bastards with colorful euphemisms.

But I didn't call the exterminator. Kris and I are older and wiser now. We've learned that we don't have to pay $100 to get rid of ants. Instead, we use about one dollar's worth of a single product: Terro. I hate ants, but I love Terro.

Terro is essentially borax mixed with sugar water. You can buy a small bottle for about five bucks at your local hardware store or supermarket.

When your home is invaded by ants, you take a business card and sprinkle it with drops of Terro. You place the business card near whatever it is the ants are devouring, and then you wait. It may take a day. It may take two. And during that time, the ants will swarm all over the area (keep adding more Terro!), but gradually they'll carry this sticky sweet poison back to their nest, and the entire colony will perish like some freakish doomsday cult. It's delightful.

Is it possible to spend even less to get rid of ants? The Frugal Life has a large list of tips for getting rid of ants. Kris and I have tried most of these. They didn't work for us. Some of them (like cinnamon or cayenne pepper or soap) deterred the ants for a while or thwarted their immediate goal, but they didn't actually address the root problem, which is the fact that we had a nest (or two) of ants outside our house. Terro does this. And for whatever reason, we've never had luck spraying the little critters with Raid (or other chemicals). (Though doing so is very cathartic.)

Yes, this post reads like a product endorsement. I don't care. Nobody paid me to write this. I'm just grateful for a product that can save me so much money. And kill the damn bastards that invade my home.

Addendum: I have the best readers in the world. Your comments are great. And, via Michael, here's a short story called “Leinegen Versus the Ants”. Those of us who have been there can sympathize!

There are 251 reader responses to "How to get rid of ants (Without calling an exterminator)".