Jason Butler at The Financial Times shares the story of Roger and Lara Griffiths, the couple who won £1.8 million ($2.76 million) in the U.K.'s National Lottery in 2005. 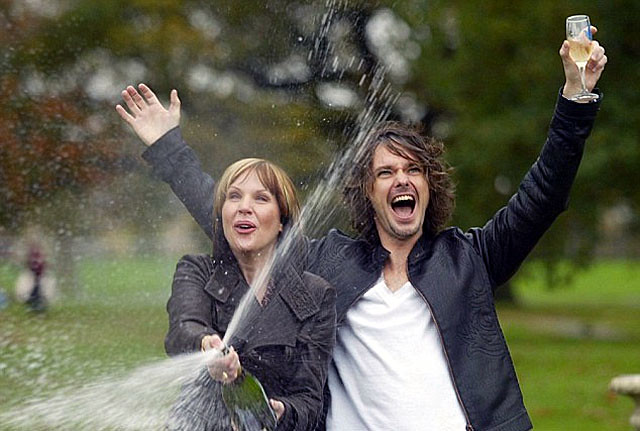 Instead of using the windfall to buy themselves financial freedom, eight years later the Griffiths found themselves with only £7 in the bank.

Overspending on lavish holidays, expensive cars and designer handbags, bad investments, ill-judged business ventures and Mr Griffiths stopping work to pursue his dream of being a rock star, all contributed to their downfall.

Butler uses the Griffiths' story to steer his article into familiar territory: People who receive windfalls generally aren't emotionally or intellectually prepared for the money. Like me, he thinks it's important for lottery winners — and everyone else — to get clear on their purpose:

A good exercise is to ask yourself how you’d live if you had all the money you could ever need. What changes would you make, what experiences would you have, and what ambitions would you pursue?

Stories of folks who have squandered their sudden fortunes are all too familiar. How many of these people would still have most of their money if they'd taken some time to figure out what actually mattered most in their lives?

How many of us could profit from taking the time to do the same?

There are 4 reader responses to "How to stay rich when you win the lottery".