Money, stress, and your health

A 2009 AP/AOL survey, Debt Stress in the United States, found that American adults are experiencing significantly more debt-related stress than reported four years ago when a similar survey was conducted. 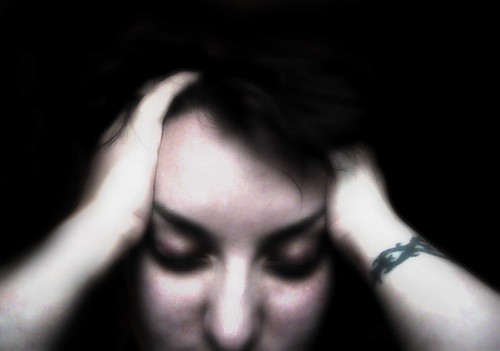 The survey also found that those with high stress levels were likely to experience health problems, including headaches, back pain, muscle tension, depression, anxiety, ulcers, and heart problems.

It seems that a high level of debt-related stress can damage more than your credit score; it also poses serious threats to your health.

The Health Costs of Debt Stress

According to the survey findings, one in five respondents with moderately high or high levels of debt stress experienced incidents of mental and physical health deterioration. The survey also found that highly debt-stressed people were:

Money doesn't necessarily lead to happiness, but managing it poorly can certainly lead to unhappiness. Although this study focused on debt stress, a 2009 poll found that money in general is the world's greatest source of stress. Respondents cited the state of the world as their second biggest cause of stress. Health was last on the list of concerns in almost every country.

So money-related stress can cause physical and mental health problems, and health is the least of our worries, according to the 2009 poll. Sounds like a recipe for disaster, but it's understandably difficult to see the big picture when there are schedules to keep and bills to pay. What can we do?

I can identify with debt and money stress. I used to ignore my overall amount of debt, afraid to even add it up. Once I paid it off, I would stress out about spending money. Eventually I found a balance, but even today — debt-free and emergency fund in place — money can still cause me anxiety, like when I found out the warranty on my laptop didn't cover everything I thought it did. A few deep breaths later, I reminded myself that it was only Stuff, and I save money every month for occasions such as these.

It's a vicious cycle, as financial stress turns into health issues, possibly costly health issues, that in turn increase our money stress. Relationships and job performance also can suffer, creating a bigger pit of despair. It seems that no matter what stage we reach, we have to be careful to not let money stress take over our lives.

What are your biggest sources of stress? How do you deal with them?

J.D.'s note: Debt used to be my biggest source of money stress. Then it became an obsession with frugality, which led me to cross the line to cheap bastard. Now my biggest problem seems to be an obsession with income: I want more money all the time. I'm beginning to see, however, that if I relax on my drive for a higher income, I can have more of other stuff, like time with friends — and travel.

The pros and cons of an interest-only mortgage

The per-diem system: An easy way to budget your spending money

Why investing can be better than repaying debt

Your money blueprint — and how it shapes your world