While cleaning my office last Saturday, I stumbled upon a pile of old magazines. Most of these are copies of Modern Mechanix from the 1930s and 1940s, but the issue that caught my eye was the July 1971 edition of Motor Trend. Who wouldn't be tempted by a Buyer's Guide that offered “40 cars for under $2500”? I took a break from cleaning to see what I could learn. 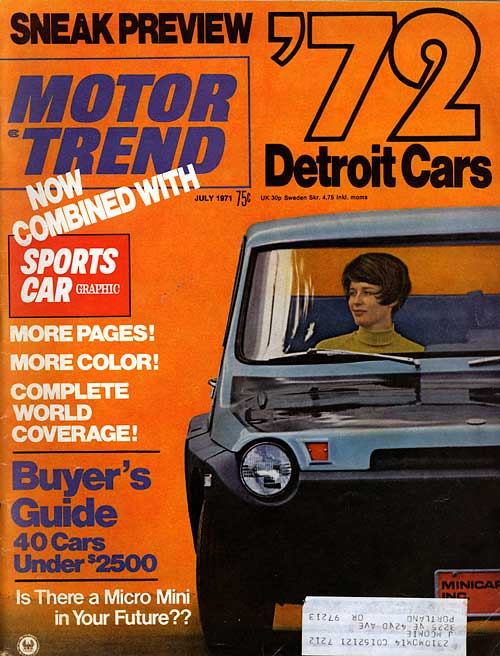 Some industry experts [forecast] a small car penetration of more than 40 percent in the near future. It is no small wonder, therefore, that more and more automobile companies are getting into the sub-compact field, particularly in the United States.

That this is true is borne out by the ever increasing number of these cars on the road and in the showroom. Whereas a few years ago a person in the market for a small car had only Volkswagen and maybe Renault to choose from, there are now many new names to consider: Subaru, Pugeout, Fiat, Honda and Datsun to name a few. In fact, more than 40 cars on the American market now have sticker prices under $2,500; most of them are foreign.

So, for your interest and edification, on the following pages is a complete small car buyer's guide listing specifications and prices for 40 of the best-selling compacts in the United States. Included in the guide is a list of options, with prices, which most car buyers want on their vehicles. All this is done with an eye on the price tag, trying to stay under a magical, mystery retail cost of $2,500.

There's no question that small cars were much more popular during the 1970s and 1980s, but did they ever reach a market penetration of 40 percent? And how many are there now? When we were in London last summer, I was startled by the prevalence of small cars — it made me realize just how few you see on the road in the U.S. The small car market has been lethargic here for the past decade or more, but that may be about to change.

If gas prices continue to increase, more people will consider smaller cars. It's already beginning to happen. At Kris' office, a couple of her co-workers are purchasing “commuter cars”. They're not selling their SUVs, but they're looking for something small and fuel-efficient for their everyday commutes.

It seems that back in 1971, fuel efficiency wasn't even a consideration. Take a look at the Motor Trend Buyer's Guide (which lists “forty, count 'em, forty cars you can buy for under $2,500”). There's no mention of fuel economy: 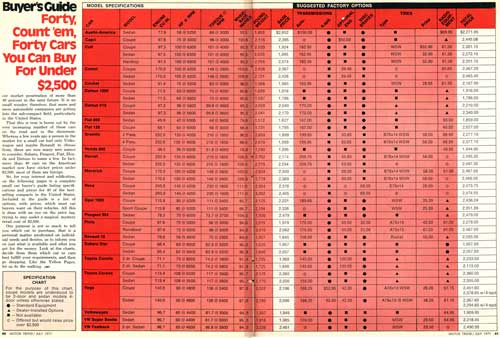 This issue of Motor Trend also contains an interesting article about a plan to rent Minicars (small cars designed to reduce congestion) with the Select-A-Car System. Now this sounds like a way to rent a car. 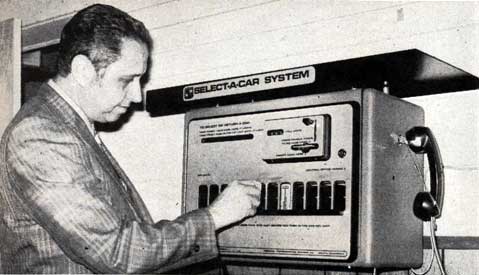 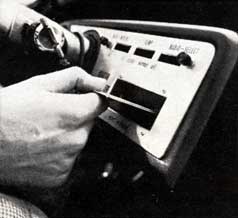 “It could be,” says the president of Minicars, the brains behind this contraption, “that once the public gets used to using the Select-A-Car System eventually regular cars could be phased out in favor of genuine Minicars.” A grand vision, sure, but 37 years later we know it didn't happen. Not even close.

Though this issue includes several articles on smaller cars, it also contains a sneak preview of “1972 Detroit cars”. There was nothing small about these monsters: 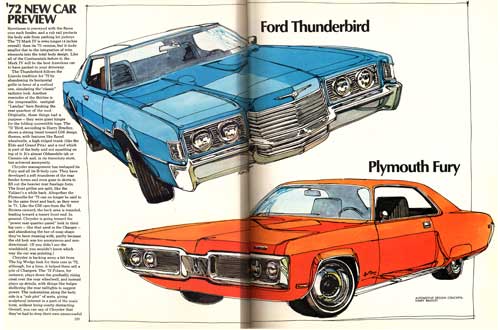 Now those are some cars.

The best part of reading any old magazine is looking at the advertisements. They're a window to the past. (Those Modern Mechanix from the 1930s are fascinating.) For example, today we know Motorola as a manufacturer of mobile phones and microchips. But in 1971, they were all about car stereo systems: 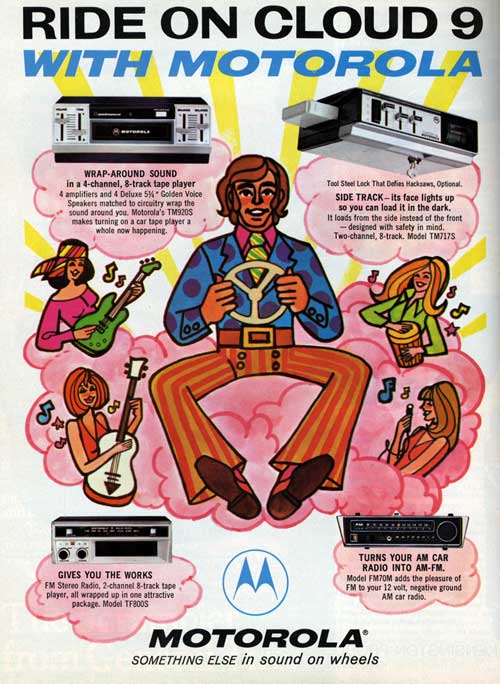 I love the illustrations here, and I love the ad copy:

And, of course, there are the ubiquitous record club ads. I never figured out how these companies made money giving away so many free records, but then I know I poured a lot of my own cash into them as a kid, so maybe they knew what they were doing: 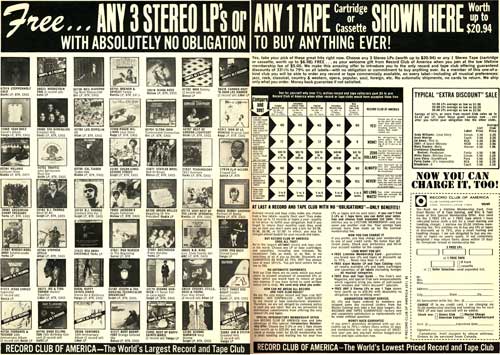 My favorite offering in this ad? Orson Welles‘ “Begatting of the President”. I had to look it up. It's an anti-Nixon satire!

And, finally, I was of course intrigued by a brief profile of the Mini Clubman, a “highly popular” car in England: 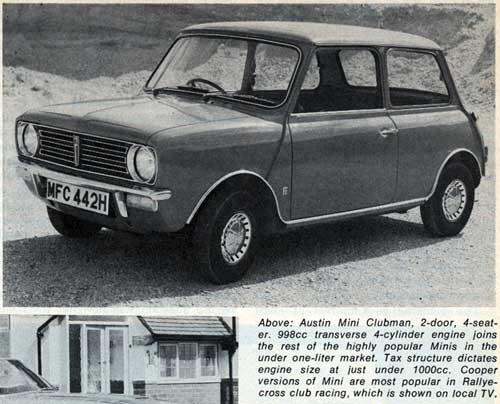 This year, the Mini Clubman arrived on U.S. soil. Maybe someday I'll own one.