This post is from April Dykman, a new GRS Staff Writer. April was a typical GRS reader who used the things we talk about to improve her financial situation. Now that she'll be writing for the site, she wanted to start by sharing some background on her financial history.

In April 2008, I got married. My in-laws graciously gifted my husband, Luis, and me with an adventurous honeymoon in Mexico, complete with scuba diving, climbing Mayan pyramids, and navigating local markets.

Once we unpacked and settled into married life, we knew it was time to get our finances in order. 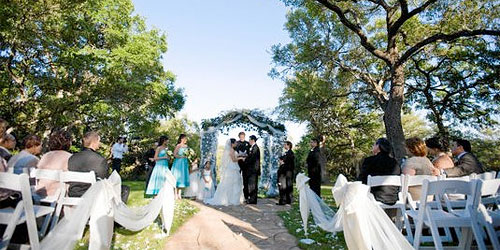 We had some consumer debt, and then a few months before our wedding my husband's company was bought out. He was unemployed for two months. We didn't have an emergency fund, so money saved for the wedding (paid for mostly by my parents, but we wanted to cover some expenses) paid bills instead, and with balances from wedding vendors due, we relied on credit cards.

We were anxious to be debt-free, and we accomplished that, and more, within one year. This is our story of how we used some basic principles to accomplish our goals.

Getting real
The first step on the road to recovery was to gather balance statements for every credit account to our names. That number included:

I think for many people, this simple first step is scary. Maybe, like me, you piddle around, paying a little extra, cutting back here and there, and you avoid The Scary Number. Maybe you're terrified because you think you'll never manage to pay it off. Maybe you're worried that you'll have to change your lifestyle, and your friends will think you're a loser and you'll turn into a crazy cat lady and when you die no one will find your body for weeks. Whatever the fear, I suspect most people need the wake-up call. I know I did.

Getting a plan
I don't think it matters whether you pay off the lowest balance first for a psychological boost or pay off debt with the highest interest rate to satiate your logical side. What matters is having a plan. We decided to apply money toward the credit cards first, lowest to highest balance, then the vehicle loans.

I also started to track our spending in a spiral notebook.

Identify big gains
Next, we looked for ways to put big dents in our debt. The motorcycle loan was obvious. My husband rarely rode it because it made me a basket case, and it wasn't a viable work vehicle. He placed an ad on Craigslist and sold the bike, eliminating a $200 payment.

Then, in May, his truck was totaled. Thankfully, he was okay. We received an $8,000 settlement and contemplated not replacing the vehicle. More than a few people thought having only one car was asking for marital strife, but GRS readers encouraged us to give it a go. We put $4,000 toward the credit cards and saved $4,000 just in case the one-car scenario didn't work out. Today we still have one car and buying another is a low priority. It was one of the best decisions we've ever made.

Identify small gains
After a few months of tracking our pennies, I was able to get an idea of where our money went, and we made smaller changes such as:

In August 2008 we made the final credit card payment.

Using windfalls wisely
In September, I received a $500 bonus and $300 from freelance work. The $800 went toward the car loan. I remember thinking that soon windfalls would go toward saving for the future, not paying for the past.

We immediately reallocated debt-repayment money to our emergency fund. By March 2009, we had saved three months of expenses. We were then free to save for more exciting dreams, such as building our house, travel, and retirement. We opened a targeted account for each goal, and every month we see our savings grow as we pore over floor plans or dream up our next adventure.

Lessons learned
I'm proud of how far we've come, but looking back, there are two things I'd have done differently.

It wasn't easy. While we had the benefit of a middle-class income and the luck to have no major setbacks, we also made big lifestyle changes. We were highly motivated from the day we calculated our total debt.

I think taking that first step was key for us, but what about you? If you've paid off debt or are currently doing so, what do you think are the most important actions you've taken to become debt-free?

There are 80 reader responses to "My Debt Story: An Introduction".