I am getting old, my friends. I am getting old. It's no longer just a feeling, either. More and more, there are objective real-world reminders that I'm not the young man I once was. Kris and I spent last weekend, for instance, hanging out with other old folks at our 20-year college reunion.

We had a blast, of course. Though we don't see most of our old friends as often as we'd like, when we do get together, the connections still feel strong. We went to a small school (our graduating class was probably about 350 students), and so most of us knew each other. A lot of us stay in touch by blog, Facebook, or e-mail. Our ties are tight. 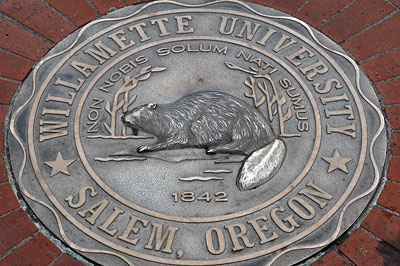 For me, of course, it's always fun to hear about people's financial lives, especially when they're successful. Before we left for the reunion on Saturday, I grabbed a small notepad. “You're going to write about the reunion for Get Rich Slowly, aren't you?” Kris said. She knows me pretty well.

I jotted a lot of random notes over the weekend. For example, I learned that in 1998, one classmate published a well-regarded book about investing called Sleeping Like a Baby. And another founded LegitScript, a website that certifies which internet pharmacies are providing legal, authentic prescription drugs. (LegitScript has over 85,000 pharmacies in its database; of these, only 323 are legitimate!)

But mostly I used my notebook to write down dialogue from hours of conversation.

Kris and I talked with Martin, for instance, who rents a home in Portland. He lives at the bottom of a hill, just outside a very nice neighborhood. As a result, he gets to meet some powerful people. (He told a story about recruiting the governor of Oregon to find his daughter's lost cat.)

Perhaps because he lives near some posh homes, his own place has been robbed four times this summer. “They've taken everything I have at this point,” Martin told us with a sigh. But it's not just his house. Thirteen other nearby places have been burglarized recently.

“The police aren't much help,” Martin told us. “They say there's nothing they can do. They recommended I just watch Craigslist to see if I could find my Stuff.”

I liked that Martin used the word Stuff to described the things the burglars had taken. “It is just Stuff,” he said. “I'm in a fine financial position to replace the Stuff. And I have renters insurance. At first I felt violated, but I'm over that now.”

“Actually,” Martin said, “I hate to compliment the people robbing my home, but at least they're doing a nice job. They don't trash the place. There's no identity theft. They just get in and get out, almost like they have a shopping list.”

Since I'm about ready to leave for a few weeks in Peru, naturally I talked a lot about travel. Many of my classmates studied abroad when they were in college. Others have found the travel bug as adults.

Sara, for instance, had always wanted to go on the annual college-sponsored trip to Florence, Italy, but she couldn't afford it when she was in school. And she couldn't afford it after school either. But when she found out the school was going to end the program, she decided to do it. She and her husband spent a year savings specifically for the trip.

“We opened a separate savings account,” Sara said. “We used that to save for the trip. I put a little away every month. Then one day my husband topped it off to surprise me.”

“I know,” Sara said, smiling. (Turns out she reads Get Rich Slowly!) “I do too. We still have that account open, and we still use it to save for vacations. It gives us permission to do things that we otherwise wouldn't do. Right now, we're saving for our twentieth wedding anniversary.”

“And your husband likes this?” Michael asked. Michael is the former GRS “intern”; he spent much of 2008 helping me keep this site organized. Michael and Sara went to high school together.

“Yes,” said Sara. “The only one nerdier about money than I am is my husband! We live in a small house, but we own it. Because of that, I was able to quit my job.”

“We're buying our house again,” Michael said. “Rates are so low that we're refinancing for fifteen years and taking money out in order to remodel. We ran the numbers and decided that it would take too long to save like we'd normally do. By the time we'd saved for it, we wouldn't have any time left to enjoy it.” Michael's a savvy saver, so I'm sure he's making a smart choice. 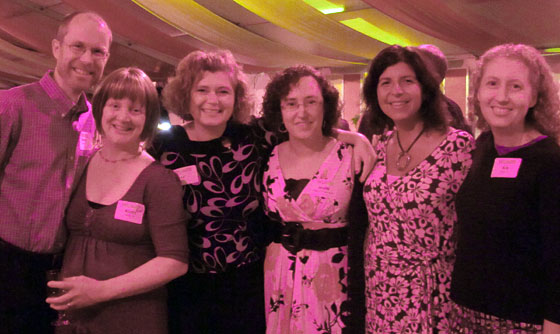 Kris and I spent a lot of time talking with Jen, who used to know us pretty well. “Do you still keep separate finances?” Jen asked.

“Do you still keep your cereal boxes separate?” she asked.

“You used to keep your cereal separate. Like if you both had Wheaties, you'd each have your own box. It was hilarious.”

“We don't do that anymore,” Kris said. (And though neither of us can remember actually doing that while we were dating, I'll admit it sounds like something we might have done.)

“Do you have separate accounts?” I asked Jen. I expected her to say no, of course. Most people join their finances when they get married. But she surprised me.

“We do have separate accounts,” Jen said. “We like it. But I think it's because my husband and I came together as adults. If we'd met when we were younger, our finances might be more merged.”

Jen and her husband have a sort of division of labor when it comes to finances. She takes care of the regular monthly bills because she's better at keeping track of them. But he takes care of all of the banking. Her husband frets that they're not saving enough, though.

“I guess we're very financially responsible, even though my husband worries,” Jen said. “We just had a financial adviser review our retirement last week, and he laughed that my husband was so worried. He told us we're fine. My husband's still worried, though, but it's good to know that a pro thinks we're on course.”

At this point, Jen noticed I was scribbling in my notebook. “Are you taking notes?” she asked. “Ha! What else do Get Rich Slowly readers want to know? Should I tell you how we used to scam the banks?”

“Well, it wasn't really a scam. It just felt that way.”

“Well, the credit card companies used to offer zero-percent interest rates, right?” Jen said. “We'd get a new card and take out a $10,000 advance at zero percent, and then put the money in a savings account for a year or eighteen months or whatever it was. We made a vow that we would never spend it. And we didn't. The money sat there earning interest. We'd earn $300 or $400 in a year. It wasn't a lot, but it was something. It felt like a scam!” 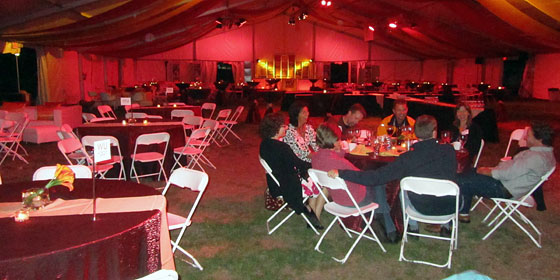 We spent a lot of time gazing wistfully at the red brick buildings, wishing we could be students again. “I miss doing whatever I want to do whenever I want to do it,” Lisa said. While we were in college, it always seemed like there was so much to do, so much work to do, but looking back it's clear that we had it easy. We all agreed it would be fun to grab current students at random and challenge them to a study-off. We have no doubt we'd win.

“Now I know why all of the ‘non-traditional' students used to get the best grades,” I said. “They were more motivated. And they knew how to work.”

It was getting late, but the nine of us who remained weren't ready to leave. None of us wanted to wait five years to get together again. But that's how time works. “I used to be able to stay up until eleven,” John said. “But I can't do it anymore!”

“We've got to pay a babysitter,” Laura said. “So we've got to leave soon.”

“How much do you pay for a babysitter?” John asked.

With that, we rose slowly and sauntered outside. Four current students were seated in the quad, laughing and lounging under the starry sky. “Hey,” they said as we walked past.

“Were you here for the reunion?” they asked. “What class were you in?”

We looked at each other and smiled. “Yes,” we said. “We were friends. And we still are. And maybe, twenty years from now, the four of you will still be friends too.” And I hope they will be. Friends, especially old friends, are worth far more than money.

There are 52 reader responses to "Old friends: Scenes from a class reunion".