How often do you go to the supermarket? Could you get by making only one trip per month? What if it saved you money?

My wife and I are both reading America's Cheapest Family by Steve and Annette Economides. During his time as an ad salesman, Steve was “shocked to read in a food industry publication that grocers expect six of ten items consumers pick up in the store to be unplanned purchases.”

Steve and Annette discovered that scientific research backs up what grocers already knew. In their book, the Economides cite a study analyzing the decisions of 4,200 customers who made 30,000 purchases in fourteen different cities. Researchers found:

What's the solution? For the past 25 years, Steve and Annette, America's cheapest family, have practiced once-a-month shopping. They only go grocery shopping 12 times a year. This boggles my mind; Kris and I shop every week. (Lately I've been making many supplementary grocery trips, and my food budget reflects that.)

How does shopping once a month work? First of all, it takes time. It also takes organization. Here's how the Economides do it: 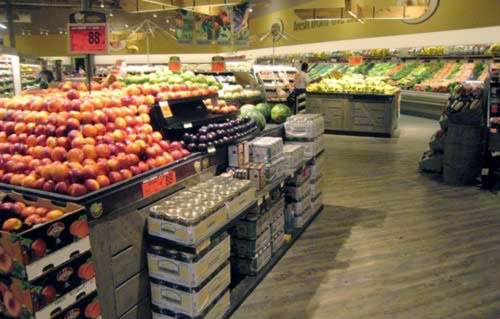 The Economides admit that each monthly shopping trip takes longer than a weekly shopping trip. But overall the process saves time and money. For one thing, it cuts down on the number of opportunities for impulse purchases.

Once-a-month shopping has worked so well for them that they've been doing it since 1984!

Putting the Plan Into Practice

“This would never work for you,” Kris said when she and I discussed this concept. “You shop all the time.”

She's right. Since I started working from home, I find myself at the grocery store several times each week. For example, I might crave a rotisserie chicken for dinner, so I head to the store to indulge my whim. While this sounds nice, it's actually costing me more money.

Could Kris and I get by shopping just once a month? We're willing to give it a try. She and I have agreed to start by cutting our trips to twice a month (with a supplemental weekly run for milk and eggs). If this works, we'll make them even less often. The most difficult part, however, will be restraining myself from those quick trips for impulse meals.

Update: Many readers are concerned about how once-a-month shopping would affect their supply of fresh fruits and vegetables. Here's what Steve and Annette say in their book:

Limiting our trips to the store means that certain fruits and vegetables must be eaten earlier in the month because they are more perishable. Grapes and bananas usually last a week. Once they're gone, we move on to other fruits. Pears, lettuce, cucumbers, and peppers can last two weeks. Apples, cabbage, radishes, oranges, and celery can last a month.

We are often asked about storing bread, cheese, and milk. How could we possibly make those last a month? Well, we carefully freeze all three.

You should do what works for you. Kris and I are going to try twice-a-month shopping; the key idea is to reduce the number of trips to the supermarket.

Career advice for the college graduate

The regift: Friend or foe?