How we bought a new car

This guest post from Nicole is part of the “reader stories” feature at Get Rich Slowly. Some stories contain general advice; others are examples of how a GRS reader achieved financial success — or failure. These stories feature folks from all levels of financial maturity and with all sorts of incomes. Nicole is an active GRS commenter. She's also half of the blog Grumpy Rumblings of the Untenured, where she and her partner-in-crime write about personal finance, novels, academia, and cats — among other things.

Four years ago, in November, my husband and I had one car (a tiny Hyundai Accent), a house that was too big, and not enough money to furnish the house. It was our first year with real jobs since leaving graduate school and we hadn't quite caught up yet, especially with all the unexpected expenses that come when you buy a house. But that's another story.

On top of that, I was hugely pregnant with our first child. We knew we were going to need a second car once our son was born because, on any given day either one of us could be called to use the car in case of emergency. With no parental leave (FMLA doesn't cover first-year employees…that's also another story), we wouldn't be able to make commuting and baby care work with just one car. At the rate we were saving, we would have enough by January (just in time for our son) to buy a fancy new Honda Civic Hybrid so long as we didn't bother to furnish any of the empty rooms.

Sidenote: We know and knew that the Hybrid would not pay for itself in gas savings. And, no, we're only moderately tree-huggers. However, my husband is an engineer and he likes fancy technology. In terms of new vs. used, at the time, new Civic hybrids cost about the same as used Civic hybrids. Plus my economics background suggests that at least for the non-luxury car market, buying a new car is about equivalent to buying a used car once you factor in the probability of getting a lemon. (There's a really famous paper on it, but that's the subject of a different post, probably one designed to get 200+ comments at GRS.)

We weren't expecting to have to buy a car prior to the birth of our child. We weren't expecting it in the same way we weren't expecting an F150 in front of us to make a sudden unexpected stop on a 70 mph highway. Turns out the F150 has much better brakes than the Hyundai Accent. With physics being what it is, we ended up with a crumpled smoking front, and, since we had the minimum insurance we were on our own for repair and rental expenses.

All of a sudden, we were in the market for a car earlier than we had expected. (The F150 drove away completely unscathed.) After a few days in a dreadful rental PT Cruiser, we decided we were ready for a new car right away.

NOT Nicole's motorcrash — just a stock photo for illustrative purposes…

Learning From Past Mistakes

Our first car-buying experience — several years before — had been miserable. The Hyundai salesman tried every trick in the book to wear down my poor husband and succeeded at adding $300 in additional fees (we got away easy!). They also got us to accept zero for our trade-in, a 5-year-old Accent that drove perfectly well, but needed body work that would cost more than the value of the car to get an inspection sticker.

In their defense, we couldn't get anybody to take the old car as a donation, so maybe it was worth zero. Happily, my husband didn't allow them to up-sell him a fancier car, even when they pretended the car he wanted suddenly wasn't in stock and walked him by the ones with fancy power windows. (As he made to leave, they “found” the missing car.) We wanted to avoid that kind of experience this time.

So, we were prepared. We'd found the Motley Fool car-buying guide, and with a little updating, we were able to use their methodology to our advantage.

We couldn't pay in cash this time without completely liquidating our emergency fund. We debated getting a cheaper car that we could pay cash for, but since we would have the cash in a couple of months, we decided to take out a loan, even for a depreciating asset. Using Edmunds and Kelly Blue Book, we had a general idea of what people were paying for the car we wanted. We decided to finance about $6,000 worth of the car.

Our first stop was at our local credit union to get pre-qualified for a loan. A day after we went in to apply, we found that we'd been qualified for a 5% loan. The same credit union was offering Term Shares (like CDs) for 5.05%, and our online savings account was also offering a little more. (Now it's hard to remember those days when interest rates were more than 1%!)

If we'd known in advance, we would have financed more of the car! We'd been planning to pay the loan off early, but instead we put the money away in online savings until interest rates dropped below 5%. In the end, the dealership admitted there was no way they could beat that interest rate no matter how good our credit was.

The next stop was negotiation. I'm much better at negotiating than my husband is, mainly because it doesn't give me a stomach ache. But, there's hard evidence that car dealers offer worse initial deals to woman than they do to men. In fact, women are often advised to just bring a guy with them — even an unrelated one — when car shopping. Luckily, the Motley Fool method allows a way around that.

Using my husband's junk hotmail account, I impersonated him — with his permission. That Friday, I emailed every Honda dealership within 100 miles. I told them we were in the market for a new 2006 Honda Civic Hybrid, no navigation, and that we were emailing every dealership in the area and were planning on buying one that Saturday from whoever gave us the best deal. Color and other details did not matter. I asked for a walk-away price.

Return emails trickled, then flooded in. Almost all were reluctant to give a price. Most suggested that I give my phone number so they could talk over the phone. I politely emailed back to say I would prefer to keep the transactions via email. Finally someone sent me a price. Jackpot.

With that price, I emailed all of the dealerships that had responded to the first round of emails. I told them I had gotten that offer as a price and could any of them beat it? Yes, many of them could. Some places offered navigation upgrades for more money, to which I politely responded I was only interested in the upgrade if it were the same price as the one I'd quoted. At least one dealership offered me what I wanted for $3,000 less. So I did a third round with the new price. The dealerships in the expensive city two hours away dropped out at that point — they couldn't beat that price. Several other dealerships offered to match. The offers got closer with each round of negotiation. 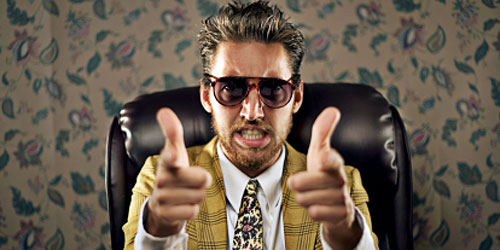 If you buy a car Nicole's way, you don't have to deal with this…

Finally, I emailed the local dealership in town and told them the best offer I'd received was in a city an hour-and-a-half away and quite a bit less than what they had offered me. It was worth $50 to me not to have to drive that far on Saturday. Could they give me the lowest price offered plus $50?

The local salesperson countered with how wonderful it is to have a relationship with a local dealership (note: not much of an incentive given its reputation for service). I emailed back saying that if they were willing to take the price I had named, I would buy the car that night instead of Saturday. The salesperson emailed back, “Let me talk to the manager,” as if we were actually negotiating in person.

Eventually, the salesperson agreed, and with the sun setting and ten minutes left before closing time, we shook hands and did a test drive. We came back the next day to finish the paperwork and actually get the car. In all, we spent less than 30 minutes at the dealership. The email negotiation did take most of the day, but I was able to get some work done in between emails, and during that time I was in control, not the dealership. Much more pleasant than our first car-buying experience.

Based on that experience, here are my suggestions for buying a new car:

By the way, we love our Honda Civic Hybrid. I have to admit that after having spent most of my life with the cheapest model Ford or Hyundai, (and a good portion of my childhood in an ancient Volkswagen Beetle with holes rusted through the floor) I felt a little guilty having such a luxurious car. Intellectually, I know there are fancier cars out there, but they're beyond my ability to imagine.

My husband loved all the fancy electronic gee-gaws even more than he had expected to, though after the initial fascination he started finding them distracting and has since turned them off. I hope that we get many more years out of it and my (repaired) Accent before we have to go through the car-buying process again. But when we do, we'll be prepared. 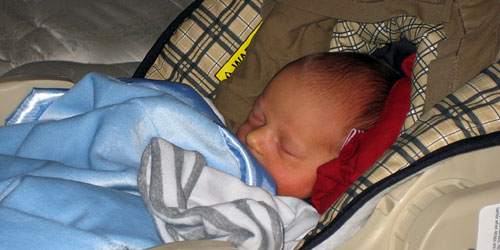 The four-percent rule for safe withdrawals during retirement: Theory versus reality

If you’re going to buy a warranty, shop around