There I was, watching the Indian world go by. I was sitting on a small step beneath the famous Clock Tower in the middle of Jodhpur.

I'd forgotten to recharge the battery in my camera, so instead of having it up to my eye, capturing fractions of moments, I watched the scene like it was a movie playing out live right in front of me: wows wandering the square aimlessly, hawkers selling everything from bracelets to garlic, women sparkling with every step in their saris.

A man sat down next to me. I didn't look at him. I'd read in several places that if you make eye contact with men here, they'll think you're interested in something other than eye contact. I kept watching the scene.

Then I heard him say “Are you lonely?”

I turned to him and quickly said “Nope.”

“Are you lone?” he asked again, with a slight turn of the word.

I looked at him again and noticed large tufts of black hair growing out of both ears, which was enough to make me smile. Along with those tufts, I saw kindness in his eyes. “Are you with anyone?” The question again. “Where are you from?”

I relented. I said I was from the U.S.A., and that no, I was traveling alone. His eyes got a bit wider and the questions came faster.

“How long have you been in India? What do you do? Do you have a house in U.S.A.? Are you married? Do you have children? What was your salary? How much is that in rupees?”

I answered every question and ended up in an hour-long conversation with him. At some, point I noticed there was a woman sitting next to him who tried to listen intently, but clearly did not speak English. He finally introduced her as his wife. 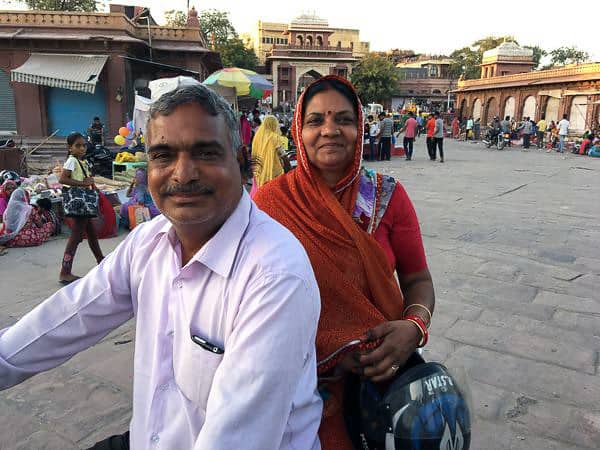 “We come here every night,” he said. “Every night we come and we watch and we walk, and then we go home. Every night.”

I said that sounded lovely.

And then suddenly he declared “It would be my honor to have you to dinner at my house.”

I laughed and said thank you, but no. In my travels, I've learned to engage in conversation with strangers, but as a general rule I do not go home with them. We kept chatting and a few minutes later he again said, “It would be my honor to have you to dinner.” I looked at him. I looked at his wife.

“Did you ask your wife?” I responded.

And for some reason in that moment, after again looking at his wife, I said yes. I said yes to dinner with perfect strangers sitting under the Clock Tower in Jodhpur, India.

Pretty much no one would have thought that was a good idea. “Single female traveler goes home with strangers and is never heard from again!” the headline would scream. But in my travels, I've also learned to say yes. Especially when my gut tells me to.

What followed was one of the most memorable evenings of the last fifteen months of travel, if not of my life. Bhagwandas Sharma and his wife, Durga, welcomed me, introduced me to his parents and their children, cooked for me, showed me every nook and cranny of their home. 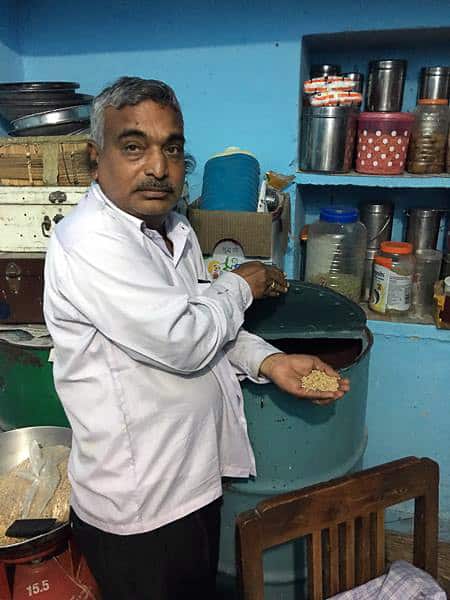 Twelve people live there. They all dine together every night, though when there is a guest, the guest eats first and the family then eats later, meaning the guest — especially this time! — has a bit of an audience while eating. We all talked, laughed, and shared stories. I could not be more grateful for the experience, and now I have twelve new friends. 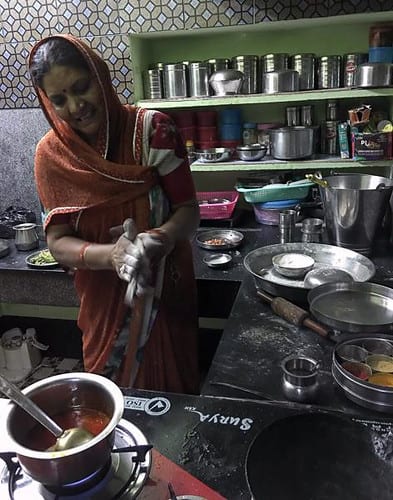 Was I daring fate by saying yes to this invitation? Maybe.

But as I've said before, I choose to believe in the inherent goodness of 99% of people on this planet. I'd rather find myself surprised by the exception to that rule than live my life in fear and trepidation of my fellow global citizens. For this, so far, and especially this week, I have been richly rewarded. 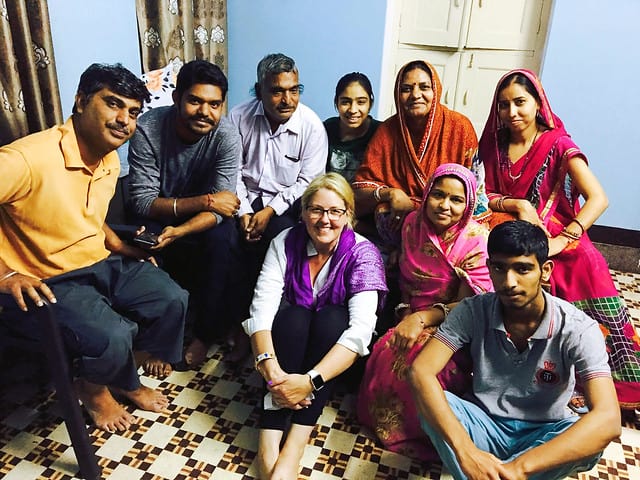 J.D.'s note: I'm drawn to this story because it highlights to values that are an important part of my philosophy. First, Tess chooses “to believe in the inherent goodness of people”. I do too. I think this approach to human interaction offers rich rewards. Second, Tess embraced the “power of yes”, which is the one concept that has had the biggest positive impact on my life during the past decade.

Tess is one of my favorite people. I grew up listening to her journalism on Oregon Public Broadcasting and National Public Radio. Eventually we became colleagues — then friends. Tess is currently taking a career break, traveling the world alone.

This is a great, uplifting story. I love how you’re mixing it up here, JD, just like the good ol’ days at GRS.

Nice story. I’d be too afraid to say yes. I’m just too conservative.