In the middle of December I received a bill for $5.30 from Sprint. There's nothing remarkable about this except that I've never had a Sprint account! I immediately called the customer service phone number on the bill. It only took a few moments to reach a live operator. “There must be some mistake,” I told her. “Why am I receiving this bill?”

The operator tried to explain. “Well, sir, the Federal government recently approved a monthly fee for certain types of accounts.” Notice how this phrasing is meant to make you believe the government is levying this fee.

“No,” I said. “I don't care about all that. I mean why am I receiving this bill? I don't have a Sprint account. I don't think I ever have.”

Click-click-click — the operator worked with the computer. “Our records indicate that you opened an account with us in 1995,” she said.

I sighed. “Maybe I did. Maybe I didn't. I don't have records from then,” I told her. “Regardless, I certainly don't have an account now.”

The operator was surprisingly agreeable. “No problem, sir. I'll remove the charge and close the account for you.”

In the middle of January I received a bill for $1.34 from Sprint. On December 28th, a credit of $9.30 had been applied to my account, but the account had not been closed. I immediately called the customer service phone number on the bill. It was impossible to reach a live operator.

“Welcome to Sprint,” she said. “May I have your home telephone number?”

“Do you want my home telephone number, or do you want the number I'm calling about?” I asked.

She seemed confused. Eventually we sorted things out by using the customer number on the bill. “How may I help you today, Mr. Roth?” asked the operator.

“Why am I receiving this bill?” I asked.

I lost my patience. I hate phone menuing systems. I hate bureaucracy. I hate huge corporations. “No, I said. Why am I receiving this bill? I don't have a Sprint account. I've never had a Sprint account. I called last month and you guys said you'd take care of this and close the account. I don't even live at this address anymore. What the hell is going on?”

To the operator's credit, she handled my anger smoothly. “Very well, sir. Your account is now closed.”

“Before you go, sir, can I ask you one question?” she said. 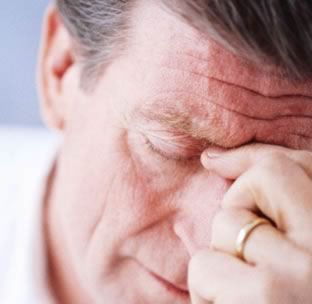 On the surface, this is a mildly amusing tale of one man against The System. Look deeper though, and it's a little scary.

The US Postal Service is only required to forward your mail for six months after you change your address. I'm not sure why they're still forwarding some of our mail (they're not forwarding all of it), but they are. [This was written on 02 Feb 2005] If they hadn't forwarded these Sprint bills, I never would have known about them. Sprint would have continued to bill me for months. Late charges would have accrued. Eventually this delinquent account would have been reported to a credit agency: a black mark on my record.

Frankly, I'm shocked that a company with which I have no relationship can just start billing me out-of-the-blue. That's insane.

In my righteous anger — tempered by my newfound fiscal responsibility — I marched to a computer and searched for a way to obtain my credit report. (And let me tell you, that brings up a whole new set of rants; there are a thousand-and-one asinine companies trying to thwart google in order to get high pagerank for a search on “credit report”.)

I did find a page from the Federal Trade Commission entitled Your Access to Free Credit Reports. The government has passed a law requiring the three major consumer credit reporting companies to each provide everyone with one free credit report per year. The catch is you have to ask. Fortunately, the Federal government has created a web site to automate this process: AnnualCreditReport.com. You must provide a variety of current personal information, but once you do, you're able to obtain a report from each of the three major credit bureaus.

A visitor left this comment when I originally shared this story at my personal site:

I can tell you that more and more large companies are using this scam to extort money from unsuspecting folks around this country. I've personally been victimized on several occasions and clearing the matter up on your credit report is nearly impossible. Even if you pay the extorted amount these companies claim you owe, they sometimes still report to the credit bureau through a collection agency and you are left defenseless in your attempts to have the negative removed. In fact TransUnion doesn't even investigate. (I currently have a complaint filed with the Federal Trade Commission against TransUnion.) It seems that the entire system of reporting credit is in need of a major overhaul. By the way why are there three (or more) different entities reporting on your credit worthiness to begin with??? Why has the law allowed so many to be extorted in this manner? I'd hate to believe it was the result of colusion between our elected officials and big business!!??

I'm not a conspiracy theorist, so I doubt there's collusion going on. However, I do know that it's far too easy for a large corporation to use heavy-handed tactics against a defenseless customer. How's your credit? Do you have any Sprints out there trying to screw you over while you're not looking. Go take a look. It's free!

Time is more valuable than money

Risk-a-Palooza: All that can go wrong and how to prevent it

21 money-saving sites from around the web

Who’s Spying on (and Profiting from) Your Browsing Habits?