J.D.'s note: Last week's talk by Vicki Robin was hosted by the School of Financial Freedom, a Portland-based organization I'm friendly with. At that talk, I met Naomi Veak, one of the school's coaches. She and I have a lot in common (grew up poor in small towns, attended the same college, etc.). I asked if she'd share her story with Get Rich Slowly readers. She agreed.

Have you ever thought how different your life could have been if you’d taken someone’s advice? What if I told you it may not be too late?

I recently rediscovered a letter my mother wrote to me when I was 19, attending a small liberal arts college in another state.

Towards the end of the letter, she told me to save it, so I did — even though reading it left me angry and frustrated, and not a single word sunk in. You see, she was giving me financial advice after another tear-filled plea for money.

“Don’t expect your thinking to change overnight,” she wrote. “Give yourself time to feel the inward peace of mind that will eventually come.”

This “inward peace of mind” took me 25 years to achieve! How did I finally get there? My name is Naomi Veak, and this is my story.

A Poor Girl at a Rich School

I was a poor girl at a rich kid school.

It was a school I couldn’t afford, and I was surrounded by lifestyles I was ashamed that I couldn’t pay for.

This was only the beginning of a long struggle with finances, where the same money scripts — unconscious beliefs about money that drive our behavior — played themselves out again and again. (For more about this idea, see J.D.'s article about how your money blueprint shapes your world.)

I wanted money. I just couldn’t hold onto it. 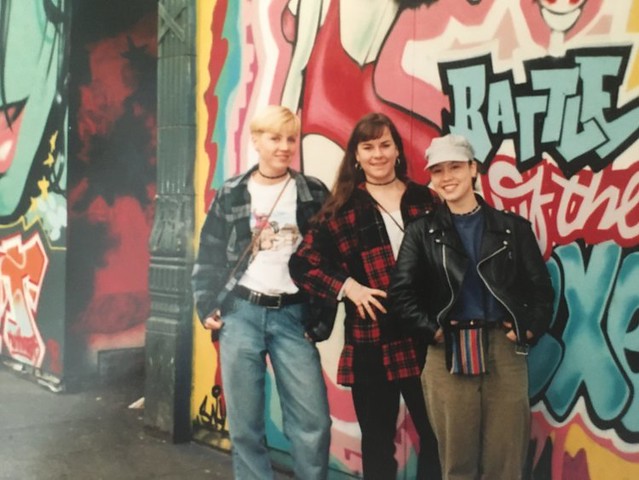 Shortly after college, I became homeless. One friend after another was put to the test when I crashed on their couch for too long.

A year later, my boyfriend and I were living out of his truck on the cold and rainy Oregon coast. I remember sitting in the cab, crying as I counted our last handful of change. He later wrote about stealing a sandwich to split with me in a short essay he titled “Desperation and a BLT”.

Overwhelmed by credit card debt, I made an appointment at a debt settlement company to help me get things under control…only to continue charging to the same account a couple of months later.

Then my student loan debt doubled when I returned to school for another degree.

I was unhappy and embarrassed, yet I felt powerless. I wasn't connecting my decisions with the dire situations I found myself in. Hard-working, smart people can do dumb things. It happens all of the time. (J.D. and I find it interesting that we shared the same experience at the same school only a few years apart.)

I strive to excel at just about everything I do. Being a failure at financial management was incongruous with my self-image, but also somehow felt inevitable.

Each of these jobs left me with the same net result, and the same underlying feelings of insecurity and inferiority from my internalized money scripts — the ones that kept me living ”money in/money out” no matter how much came in. I didn’t know another way to do it.

As I worked through the self-paced assignments along with a cohort of learners, I felt like the fog was lifting from my brain. Many nights I could hardly wait to get dinner dishes cleared so I could work on the class.

Since taking the Financial Freedom course, I’ve completely changed my spending habits. But it feels like I have more, not less.

Why couldn’t I have just read a book or learned some of this on my own? Some people can, of course. But I needed something different. I needed a class. I needed the structure, the accountability, the social aspect of learning, and I needed to start working from the inside-out.

Since taking Financial Freedom 1, I've also completed Financial Freedom 2, which covers more advanced topics. I’ve also started working to boost my financial literacy in my spare time. Because of that one course, I want to read and take in all sorts of information about money.

What was my mother trying to tell me all those years ago?

Not long after taking the Financial Freedom course, I rediscovered my mother’s letter in a box of photos. I read her words in disbelief. This is what she was trying to tell me when I was in college?

It all makes so much more sense to me now.

My mother was right, of course. My money scripts weren’t an excuse to continue a destructive behavior pattern. Now that I understand myself, and have learned an entirely new way of thinking about and behaving with money, I've been able to change. 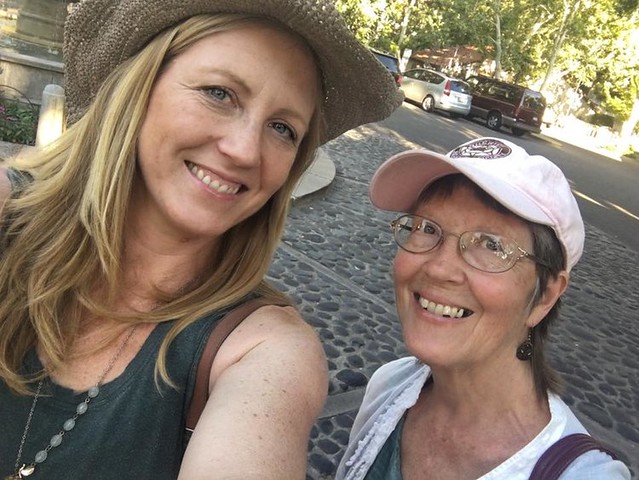 The happiest people make money work for them. We do have to learn to work within the system; it won’t change just because we want it to. Learning a new value system is one of the most valuable lessons I’m learning. It just didn’t happen for me 25 years ago.

An Invitation
Naomi has made a remarkable transition in the past couple of years. She's gone from feeling hopeless about money to feeling empowered. What's more, she wants to empower others.

Because of that, she's asked to lead a special women-only cohort of the Financial Freedom class that changed her life. The course starts this Friday, March 15th. Registration is open until March 20th.

Vicki Robin says that the first level of financial independence is liberating your mind. If you've been feeling hopeless about money, if you've been wanting to become a money boss, you should consider this course!

Naomi Veak is the training manager at an education technology company in Portland, Oregon. She's working in partnership with her graphic-designer husband to create a collection of inspirational posters and t-shirts. She waited tables for many years, and also worked as a middle-school math teacher. Naomi is a coach at the School of Financial Freedom. If she isn't on her bicycle, you'll find her out on a trail, at the beach, or in the mountains.

There are 6 reader responses to "How I learned to stop feeling hopeless about money".