When you get to be a middle-aged man like me, you have forty-nine years of learned behavior to guide your actions and decisions — even when you know your choices aren't necessarily for the best. Our mental blueprints (including our money blueprints) are deeply ingrained and tough to change.

Don't worry. I haven't turned into a spendthrift or anything. But I've been thinking a lot lately about how certain parts of my past continue to affect me, sometimes in huge and annoying ways. For instance, I fight an ongoing battle against a scarcity mindset. I haven't been able to master the abundance mindset. 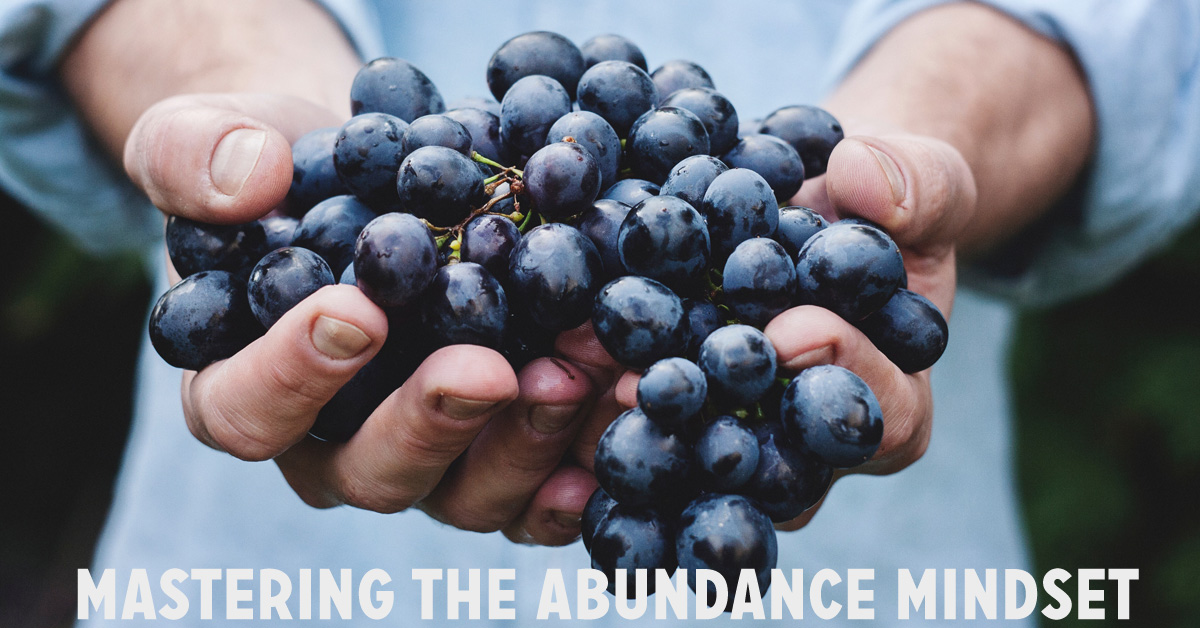 I've been reluctant to talk about scarcity and abundance because the terms have been co-opted by “Law of Attraction” types who use them to encourage magical thinking. I hate the New Age-y approach to these concepts. I want to discuss them from a psychological perspective.

I've written before about my trouble with impulse control. In the past, I've had problems with overspending, overeating, video game addiction, alcohol consumption, and borderline hoarding behavior. (I'm a compulsive collector of Stuff.)

All of this — the collecting, the addictive tendencies, the lack of self-control — stems from a scarcity mentality. But I didn't realize it until a few years ago when my therapist helped me see the source.

Because my family didn't have much when I was young, I find it difficult to defer gratification. My default mindset — even when life is grand — is that if I want something and it's available, I should get it now. Somewhere deep inside, I feel as if there won't ever be another chance. My father had this mindset. My mother had it. My brothers have it too. (Like me, Jeff and Tony have both learned to fight the feeling of scarcity in their own fashion.)

A Real-Life Example of the Scarcity Mindset
Over the past year, my deeply-seated scarcity mindset has begun to manifest itself in another annoying way.

Since moving into our new house last July 1st, we've had to make tens of thousands of dollars worth of repairs. About $56,000 of these costs came from the sale of our previous home, but that still leaves us on the hook for $30,000 or $40,000. We have one last project to do before we believe we're finished: We want to replace the rotting back deck and install a hot tub. (This was the first project we had planned to tackle when we moved in, but we had to put it off for more pressing priorities.)

Kim and I know without a doubt that we'll use the deck and hot tub nearly every single day of the year. (TMI: Currently, she and I both take several hot baths each week. If we had a hot tub, we'd be able to soak together.) It's not a question of whether we'll get value from building an outdoor oasis. No, the problem is that I've reached some sort of mental breaking point.

I'm reluctant to spend another penny on home improvement. I'm over it. I hate the idea of cashing out yet another chunk of my index funds. Hate it, hate it, hate it. I feel like that's money I'll never get back. (I feel this way despite the intellectual understanding that we'd recoup maybe 80% of our costs if we were to sell the home in the future.)

I recognize that this is my scarcity mindset kicking in, yet I cannot shake these feelings. They're a part of my money blueprint.

Here's the thing: In so many ways, financial freedom depends on casting aside this scarcity mentality and embracing an abundance mindset instead. Financial well-being is fundamentally tied to positive expectations of the future.

Let's look at three ways the scarcity mindset can manifest itself — and how to embrace abundance instead. END_OF_DOCUMENT_TOKEN_TO_BE_REPLACED