It's a GRS tradition! Each year on Halloween, I publish a story about planning for death. Usually these are general articles about estate planning. This year's story is personal.

When my best friend died in 2009, one of my biggest regrets was that I hadn't made time to travel with him.

Sparky had previously asked me to join him on trips to Burning Man (in 1996) and southeast Asia (in 1998) and Mexico (in 2003). I'd declined each invitation, in part because I was deep in debt but also because I thought there'd be plenty of time to do that sort of thing in the future.

Turns out, there wasn't plenty of time to do that sort of thing in the future.

After Sparky died, I resolved to make the most of opportunities like this. Being in a better financial position helped. Having ample savings gives me the flexibility to join friends on short adventures or to explore the U.S. by RV for fifteen months without money worries. (Yes, I realize that's a fortunate position to be in.)

Here's an example. In 2012, my cousin Duane asked me to join him for a three-week trip to Turkey. Remembering my vow after Sparky's death (and remembering the power of yes), I agreed. That trip to Turkey is one of the highlights of my life so far. I'm glad I did it. It was worth every penny.

Early in 2017, Duane contacted me. “This fall will be the five-year anniversary of our trip to Turkey,” he said. “Want to have another big adventure?”

“Sure!” I said. So, we started planning.

We bought books, watched videos, and browsed websites. We invited Kim to join us. Over the course of several months, our plans crystalized. We'd fly to Paris, rent a car, then spend three or four weeks driving around France and Spain and Portugal, enjoying festivals, experiencing the grape harvest, and exploring ruins. (Duane loves ruins!) 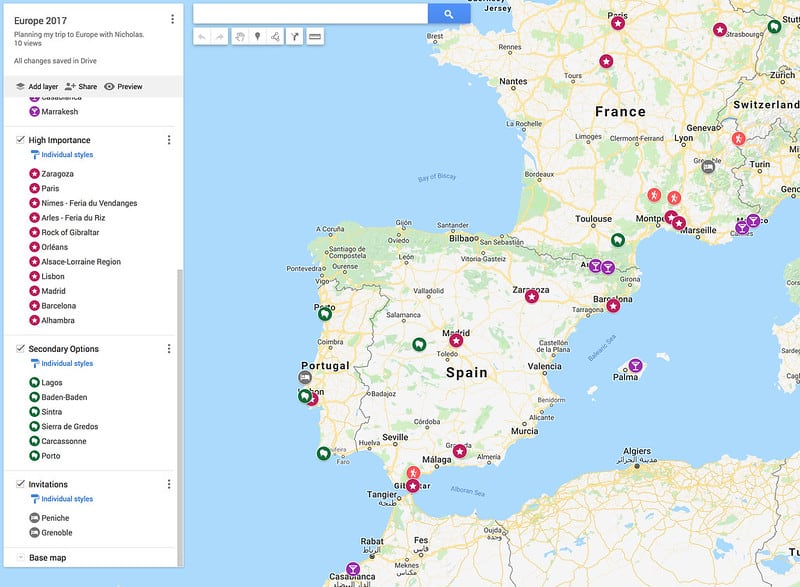 In June of last year, I sent Duane an email. “I'm going to buy plane tickets tomorrow. Do you want me to buy yours?”

“Hold up,” he responded. “We need to talk.” He called me on the phone.

“Well, J.D., it's like this,” he said. “I have cancer. I've been having problems with my throat for a few months, but I thought that was because of indigestion or something. It's not indigestion. I have throat cancer.” END_OF_DOCUMENT_TOKEN_TO_BE_REPLACED