A couple of years ago, the CBC published an article about how Kristy Shen and Bryce Leung got rich and retired by not joining the home ownership ‘cult'.

The couple, who blog about travel and early retirement at Millennial Revolution “managed to save $500,000 by working hard and living modestly,” writes Sophia Harris. “The couple was ready to spend it on a down payment — until they saw what was on offer. They scoped out dilapidated houses selling for half a million dollars.”

Instead of buying a home, they invested their savings…and got lucky. Their portfolio doubled in four years. (Even without the good fortune, they were well on their way to financial freedom.) Today “they live on $30,000 to $40,000 a year, money that largely comes from dividend payments generated from their stock portfolio.”

This young couple made some out-of-the-box choices. Those decisions paid off. Sure, they enjoyed good fortune with their investment results, but so did many of us from 2010 to 2014. If you ignored the relentless negative news stories about stocks, your total market index fund jumped 90% over those four years. This couple's story ought not be unique; it ought to have been the norm for personal investors during that time span. 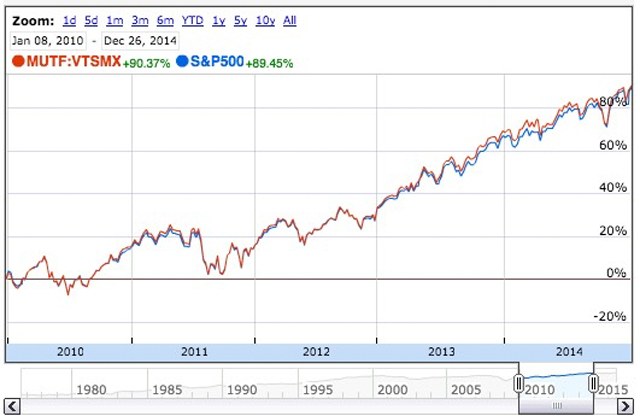 To me — and to most of you, I hope — this is a success story. It's something to celebrate.

But many CBC readers thought Kristy and Bryce were phonies. They were scammers. They were trust-fund babies who got a lucky break. They did nothing to deserve their financial success. Commenters were certain that they were going to squander their riches…and soon! (Newsflash: Kristy and Bryce are doing just fine — despite the haters.)

I wish I could say the responses to this article were unusual. They're not. In fact, they're the norm when major news outlets feature stories about early retirees (or others who make unconventional choices with money). When people are brave enough to share their story in public, the public usually tears them to shreds.