Spring has sprung here in Portland, and that means yard work. I'll spend most of March completing my project for Audible and The Great Courses — which means things around here may be slow for a few weeks — but when I'm done hacking in the word mines each day, there's plenty of mowing and pruning and digging and weeding and planting to do at home.

“I'll be glad when everything looks pretty back here,” Kim said last Saturday. We were lounging at the bottom of the yard, soaking up sun and sipping beer. We'd spent the afternoon trimming blackberry vines and moving yard debris. Now, our three cats and one dog were with us, enjoying Family Time.

“Me too,” I said. “This back yard is a jungle. It was a mess when we moved in, and it's only gotten worse in the past three years. My goal for 2020 is to clean it up completely, to create a space where it's fun to hang out with our friends.” 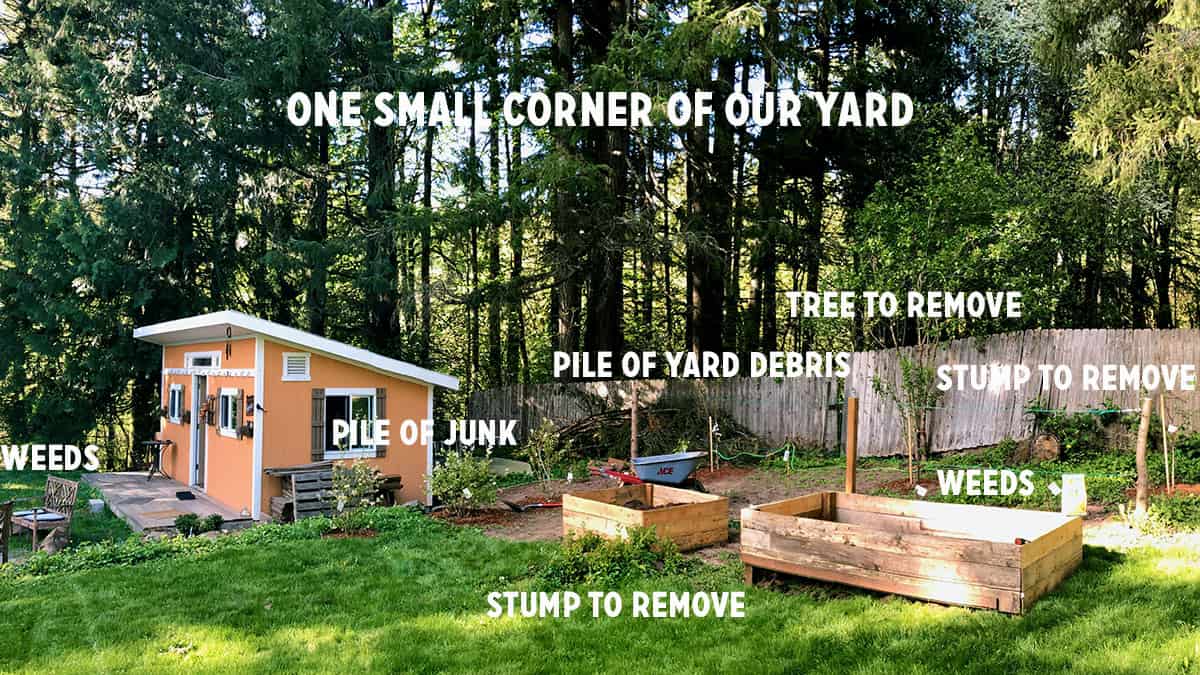 Kim nodded. “I've been almost embarrassed to have people over because the yard is such a mess,” she said. “I was proud to have people over to the condo. It was beautiful. It was a place where I wanted to host parties. Here? I don't know. I love this house, and you know it, but I'm not proud of it. In fact, sometimes I'm ashamed of it with all of the mice and bugs and weeds.”

It's true. Our neighborhood is infested with rodents. It's not just our house; it's every house on the ridge. (It's more obvious at our house because our cats frequently bring us presents.) And we do have large populations of mosquitoes and box-elder bugs. Our home is tidy but it's surrounded by chaos.

Plus, the condo had 1547 square feet of space, about half of which was devoted to entertainment areas. It was a fourth-floor corner suite with beautiful views of the Willamette River and downtown Portland. The place was luxurious. It was light and airy. We felt rich living there.

Our country cottage has 1235 square feet of space, none of which is laid out efficiently. The house isn't designed for entertaining. It's designed for living. The place is dark and cramped, almost like a hobbit hole. Nothing about it feel luxurious — but it feels like home.

I've been thinking about this conversation for a week now.

A key part of the FI/RE movement — the financial independence and early retirement movement — is carefully considering societal values, then (possibly) choosing to do things differently if that will lead to better results. (By “better results”, I mean an increased saving rate or quicker retirement date.)

FI folks think outside the box. They make choices that go against the mainstream. We're more concerned with results than with appearances.

We are human beings. We're social animals. We live in a society. Conformity is hard-wired into our brains. It's biological. We want to fit in with our neighbors, so it can be deeply uncomfortable when it's clear that we don't fit in. We want to appear “normal” so that others will accept us.

This need to “keep up appearances” can be almost pathological in some people. I have friends (and I'm sure you do too) for whom appearance is much more important than reality. They have a driving need for others to view them and their families as happy and successful. Things may be chaotic behind the scenes, but they project an aura of orderliness. How things seem is more important than how things are for these folks.

So, at one extreme you have the Hyacinth Buckets of the world.

But is it possible to swing too far in the other direction? Is it possible to not care enough about appearances? Is there a certain minimum level of polish that one ought to maintain as part of society?

What Do You Care What Other People Think?

Fifteen months ago, I paid $1900 to purchase a 1993 Toyota pickup. I love the truck — and it runs great! — but I'll admit that it looks like a piece of junk. The paint is peeling. There's moss growing out of the grilles. The upholstery is stained and worn. The seatbelts are frayed. The dashboard is gouged. (It's even been patched with duct tape in one spot!) 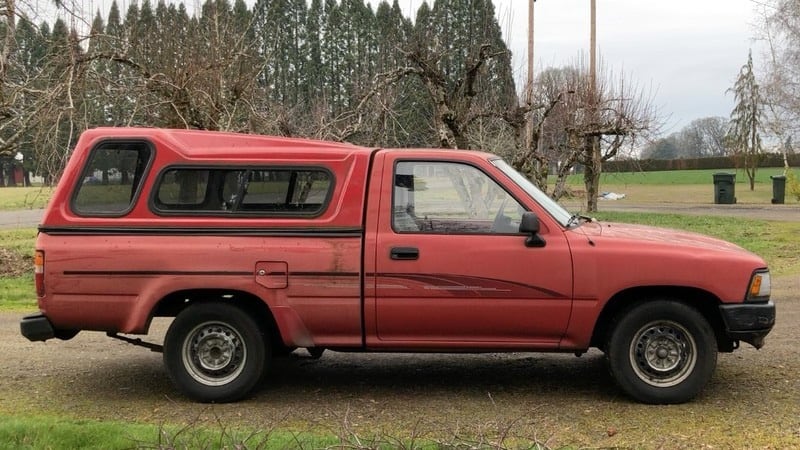 Kim doesn't like having it in the driveway. My cousin Duane thinks I'm crazy for not cleaning up the moss and washing the truck. My brother thinks I need to remove the canopy. (“That's an old-man canopy,” he told me.) As I drive around town, I'm acutely aware that my pickup looks out of place next to the Tesla Model 3s and Porsche Cayennes so popular in our neighborhood. (I would not be surprised to discover that our town was the Porsche Cayenne capital of the world!)

Mostly, I don't care what other people think. My lifestyle works for me. My choices are aligned with my values, and they've helped me (and continue to help me) achieve financial independence. If I were to buy a $69,000 SUV instead of a $1900 pickup, I might look wealthier from the outside, but I wouldn't be wealthier. I'd be poorer.

So, mostly I don't care what other people think. But a part of me does. I can't help it. Like I say, this stuff is burned onto our brains. We want to fit in.

And, like Kim, I haven't felt comfortable having people over for the past three years. I'm not proud of our home right now. It's not a place I want to show off. Instead of inviting friends over to sit in the hot tub, Kim and I always suggest we meet elsewhere. As much as I want to believe appearances don't matter to me, they do. Yes, how things are matters more, but apparently how things seem is still something I consider. 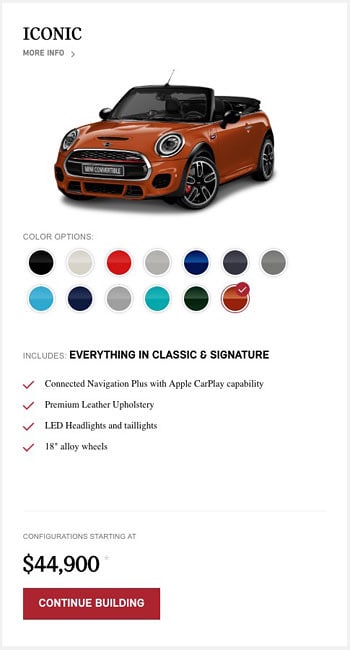 After years of talking about it, Kim finally bought a new car last month. Her 1997 Honda Accord is gone, replaced by a 2016 Toyota RAV4. The Honda, like my truck, looked like a piece of junk. The paint was peeling and things were falling apart inside the cabin. Kim's RAV4, on the other hand, is an options-laden thing of beauty.

It doesn't help that the car-buying issue of Consumer Reports came on Tuesday. I've spent far too much time in the past week building my own car on various manufacturer websites. Wouldn't I feel better driving a new car with new features? (Answer: Probably not, but a piece of me believes so.)

Fortunately, it's not often that I get wrapped up in appearances. When I find myself worried what other people think, I:

What do you think? How important are appearances? How do you balance the way things are and the way things appear? Do you care at all how other people perceive you and your family? Would you drive a 27-year-old pickup? Would give up a fancy condo for a country cottage? As you pursue your financial goals, where do you find the courage to be different?