When I was younger, I wanted (and/or needed) all sorts of things. I wanted new clothes. I wanted tech gadgets. I wanted books. I was convinced that I needed a fast computer to be happy, not to mention a big house and lots of furniture. None of my shopping was mindful. It was mindless.

Now, at age fifty, buying things seems more like a hassle than a reward.

For one, buying something means I have to spend money — money that I'd rather keep for more important things, such as retirement. Or travel. Or beer. (Best of all: Travel and beer!) 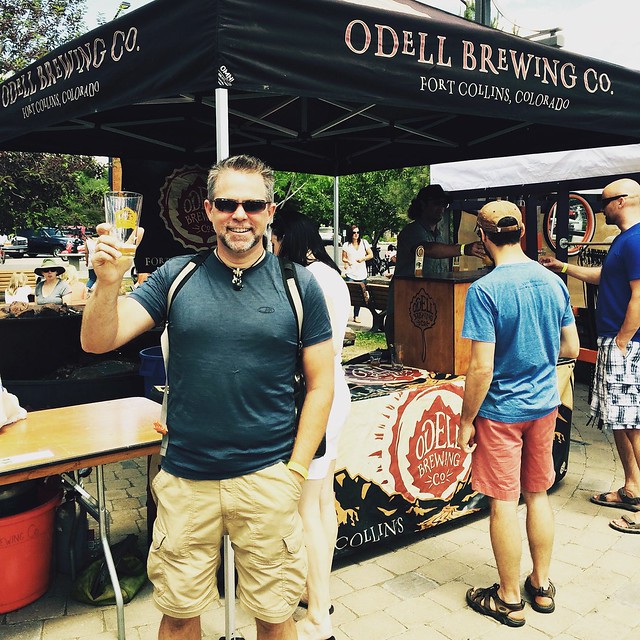 Plus, there's the entire shopping process. It's a chore. If I need to buy a chainsaw, for instance (which I actually did this week), I have to research the best option. Then I have to find the best price. Then I have to order it or, worse, take time out of my day to go pick it up in person.

Then, after I buy a new thing, I have to store it. I have to dispose of the packaging, then add whatever I bought to my collection of Stuff. It becomes clutter in my life. (This is true whether the thing is actually clutter or not.)

I use my laptop computer all day every day, for instance, yet it still acts as mental (and physical) clutter. It's always here in the living room, sitting next to my recliner. I see it whenever I walk by. It's always on my mind.

I know I sound like an aging curmudgeon, but all of this is true. The older I get, the less Stuff I want — and the more I want to get rid of the Stuff I already own.

Now, I don't want to pretend that I don't buy things. I do. There's no question that I do. I even spend frivolously if I'm not diligent. But I'm far less likely to buy things than I used to. And when I do buy things, I tend to be purposeful about my purchases. I try to be a mindful shopper.

Let's use the chainsaw as an example. END_OF_DOCUMENT_TOKEN_TO_BE_REPLACED

Because I'm a money nerd and a comics nerd, one of my favorite things is when these two obsessions come together in the form of (drom roll, please): financial graphic novels!

You might think that's a niche I just invented, but you'd be wrong. I'll admit that financial graphic novels aren't common, but they are out there. I've written before about the comics adaptation of Studs Terkel's Working, for instance. But I also own comic book versions of Think and Grow Rich, The Long Tail, The Alchemist, and Robert Caldini's Influence.

My dream project? Collaborating with an artist to create a visual version of my A Brief Guide to Financial Freedom. 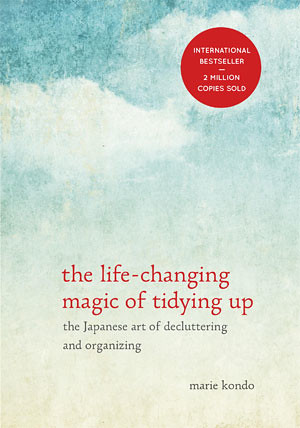 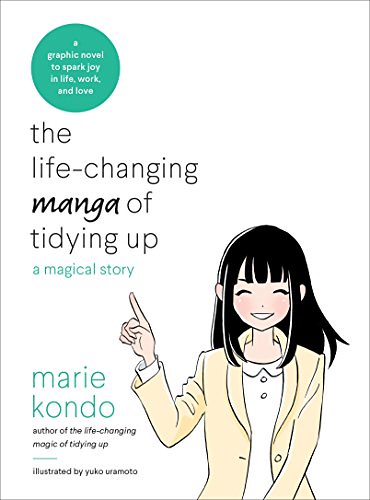 In case you've been living under a rock, Kondo's thesis is that you should only own things that “spark joy” in your life. Naturally, not everything can spark joy. (Does anyone really get pleasure from their toothbrush or their coat hangers?) But to the extent possible, you should strive to only possess things that give you pleasure.

Let's take a quick look at the KonMari method — and why it's proved to be popular with so many people (including me). END_OF_DOCUMENT_TOKEN_TO_BE_REPLACED

Long-time readers are familiar with my decade-long war on Stuff. I was raised in a cluttered home. From a young age, I was a collector. (Some might even say a hoarder!) After Kris and I got married, I began to acquire adult-level quantities of Stuff. When we moved to a larger house, I found ways to acquire even more Stuff. I owned thousands of books, thousands of comic books, hundreds of compact discs, and scads of other crap.

Eventually, I'd had enough. A decade ago, I began the s-l-o-w process of de-cluttering.

While I still bring new Stuff into the house — Kim would tell you I bring too much Stuff home — I'm not nearly so acquisitive as I used to be. In fact, for the past decade I've purged far more than I've acquired. And that process continues, week by week, month by month, year by year.

The Cluttered Lives of the American Middle Class

Turns out, I'm not the only one fighting this battle. Many Americans struggle with clutter. This is one reason for the popularity of the simplicity movement. When I visit my friends who live in tiny houses, they rejoice at the lack of Stuff in their lives. And it's why books like Marie Kondo's The Life-Changing Magic of Tidying Up become popular bestsellers. (That book is great, by the way. Here's my review from my personal site.)

A while ago, I stumbled on a video that documents the work of a group of anthropologists from UCLA. These researchers visited the homes of 32 typical American families. They wanted to look at how people interacted with their environments, at how they used space. They also wanted to look at how dual-income, middle-class families related to their material possessions. They systematically documented the Stuff people own, where they keep it, and how they use it.

This team produced a book called Life at Home in the Twenty-First Century, which records their findings. They also produced this twenty-minute video that provides an overview of the results:

“Contemporary U.S. households have more possessions per household than any society in global history,” says Jeanne E. Arnold. That's both shocking and unsurprising all at once.

Her colleague Anthony Graesch notes that our homes reflect this material abundance. “Hyper-consumerism is evident in many spaces,” he says, “like garages, corners of home offices, and even sometimes in the corners of living rooms and bedrooms.”

Graesch continues: “We have lots of Stuff. We have many mechanisms by which we accumulate possessions in our home, but we have few rituals or mechanisms or processes for unloading these objects, for getting rid of them.” All of this stuff causes stress. It carries very real physical and emotional tolls.

One interesting finding? Clutter bothers women more than men. This might be because the responsibility for cleaning the clutter generally falls to women.

“The United States has 3.1% of the world's children but consumes 40% of the world's toys,” notes Arnold. In households with children — or, in my case, puppies — the toys can take over the home. Children's toys and objects spill out of their bedrooms into living areas, kitchens, and bathrooms. The push to become consumers, to value Stuff, starts at an early age.

Why do modern kids have so many toys? It may be because there are so many playthings available so cheaply. There's more Stuff available for kids than there was fifty years ago, and that Stuff costs less. Plus, priorities seem to have shifted. Modern parents see spending on kids as a priority; parents fifty years ago did not. END_OF_DOCUMENT_TOKEN_TO_BE_REPLACED