Happy birthday to me! Today, I turn fifty. Holy cats, that's old! To celebrate, over the weekend I replaced the tape deck in my 1993 Toyota pickup so that I can listen to my Taylor Swift cassette. (You think I'm joking but I'm not.)

The funny thing is, I don't feel like I'm fifty. Okay, my body feels like its fifty, but my mind doesn't. I suppose that's something that everybody says as they get older: “I feel younger than my age.” But it's true!

To celebrate my 50th birthday, I'm going to indulge in my annual tradition. I'm going to share fifty nuggets of wisdom I've picked up during my life on this Earth.

Much have I seen and known; cities of men
And manners, climates, councils, governments,
Myself not least, but honour'd of them all;
And drunk delight of battle with my peers,
Far on the ringing plains of windy Troy.
I am a part of all that I have met…

So, these fifty nuggets of wisdom are things I've found to be true for me — and, I believe, for most other people. (But each of us is different. What works for me may not work for you.) These beliefs make up the core of my personal philosophy of life.

For obvious reasons, some of these notions overlap with the core tenets of the Get Rich Slowly philosophy. Plus, long-time readers will recognize this as an article I update every year on my birthday.

Some of these ideas are original to me. Some aren't. When I've borrowed something, I've done my best to cite my source. (And I've tried to cite the oldest source I can find. Lots of folks borrow ideas from each other. There's nothing new under the sun and all that.)

Here are fifty principles I've found to be true during my fifty years on this planet: 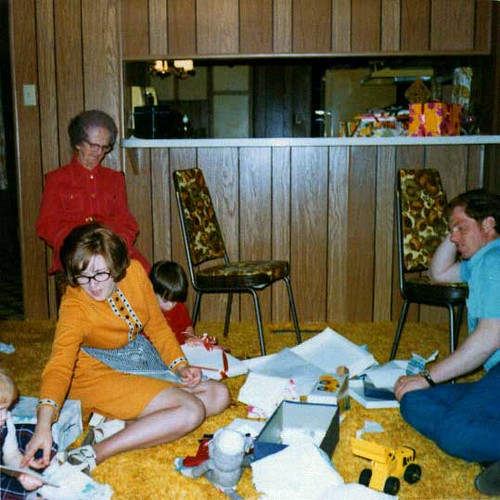 True story: Before Kim and I moved to our current country cottage, the dog park near our home had a homeless problem. (And still does.) We early-morning walkers did our best to clean up camps when they were vacated, but it was a never-ending task. Once, I joined a new woman for a stroll down the trail. “Look at that couple,” she said, pointing to a man and a woman who were dragging a tarp down the hillside. “They just woke up and are packing up their camp.” I tried to tell her that no, they were regular dog-walkers who were pitching in to clean things up. She didn't believe me. “I'm going to report them,” she said. Classic example of a faulty assumption.

END_OF_DOCUMENT_TOKEN_TO_BE_REPLACED

My life isn't the only one filled with flux lately. Many of my family and friends are experiencing Big Life Events (BLEs). Some are suffering serious illness. Others are switching careers. A few are leaving long-term relationships. And a couple are simply experiencing a mid-life crisis.

As often happens, these BLEs are prompting the people I know to evaluate their circumstances (financial and otherwise), and to re-evaluate their priorities.

Resets due to BLEs can make people feel panicked.

My girlfriend Kim, for instance, has been fretting that at age 45 she doesn't have enough saved for retirement. She hangs out with me and at early retirement gatherings and comes away feeling inadequate, like she doesn't measure up to the rest of us.

Or there's my friend Joel who's facing a BLE and desperately wants financial advice — but is afraid to ask for it. He's embarrassed by his past decisions and his present circumstances. He's afraid to look foolish. 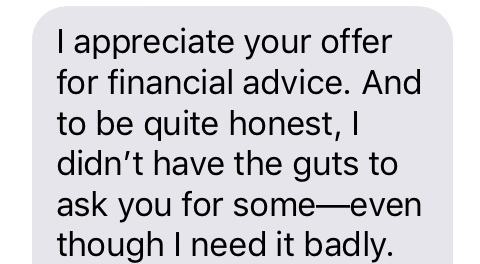 From a few of our recent discussions, I get the sense that some people are uncomfortable with the notion of frugality. These are some actual comments:

I don't mean to pick on individual commenters — these statements are representative of many that I've read lately. While I understand these sentiments, I think it's important to understand that frugality is not a dirty word. In fact, frugality is a valuable skill for building wealth.

Frugality Is NOT a Dirty Word

In The Millionaire Next Door, Thomas Stanley and William Danko collected and analyzed data from surveys of more than 1,000 millionaire households. They concluded:

What are three words that profile the affluent? Frugal frugal frugal. Webster's defines frugal as “behavior characterized by or reflecting economy in the use of resources.” The opposite of frugal is wasteful. We define wasteful as a lifestyle marked by lavish spending and hyper-consumption. Being frugal is the cornerstone of wealth-building. … [Millionaires] become millionaires by budgeting and controlling expenses, and they maintain their affluent status the same way.

Frugality means choosing to make the most of your money, to focus on everyday costs, to recognize that small amounts matter. It's nothing to be ashamed of. It's a skill that nearly anyone can practice, and it lays the groundwork for sound financial habits that can be used throughout your life. Frugality keeps you focused on goals.

A New Way to See the World

All the same, it's important not to confuse frugality with depriving yourself. Frugality doesn't mean living like a pauper. If you read an article someplace (even at Get Rich Slowly) that says, “Give up your daily latte and you can save big bucks,” but the concept makes you feel like you'd be cheating yourself, then don't do it. Frugality is about making smart choices to reach your goals; it's not about living a life devoid of pleasure.

When you adopt a frugal lifestyle, you change your value system. You may acquire less Stuff, but you could gain more time, more freedom, more peace-of-mind. Making any lifestyle change — acquiring a frugal mentality, beginning an IRA, starting a diet — requires that you remain focused on the Big Picture. If you lose track of why you're making sacrifices, the sacrifices become a burden.

Thrift is not an all-or-nothing proposition. There are different degrees. It's important to discover what works best for your budget and your situation. Focus on your financial goals and make conscious choices that make you happy. Don't bankrupt your future for gratification today, but don't live so parsimoniously that you cannot enjoy the present.

Embrace the Get Rich Slowly mantra: Do what works for you.

Over the past eighteen months, I've published an irregular series exploring my own adventures in frugal living. Here are some highlights: