Saturday night, Kim and I joined 25,216 other soccer fans to watch the Portland Timbers defeat the Vancouver Whitecaps 3-1 during a crazy rare August rainstorm. (Portland gets a lot of rain…but not in early August.) The match was a lot of fun, with three terrific goals. Here. I'll share highlights with you…

I've owned Timbers season tickets since 2010, the year before they made the leap to the top league in the U.S. — but I've been a fan since 1975, when I was six years old. My earliest sports memories are listening to Timbers games on a transistor radio, cheering for the likes of Clive Charles, John Bain, and (especially) goalkeeper Mick Poole. I wanted to be Mick Poole.

Each year in August, I get my Timbers renewal letter. If I want season tickets again, it's time to purchase them.

As much as I love the Portland Timbers, they might have found my limit. This price point tests my patience and my pocketbook. I'm not alone.

The High Price of Fun

I own two seats near the top of section 118, which straddles the midfield line in the old part of our stadium. (As a frame of reference, if you watch the highlight video at the start of this article, that view is basically from our seats. We sit six feet in front of the television camera.)

I was very deliberate when I chose these seats. I don't need to sit in the new section; I'd rather look at it. Our seats are never in the sun, and they're sheltered from the prevailing weather pattern, which is important when you get as much rain as we do here in Portland. (Saturday, for instance, we were completely dry. The folks across the way in the expensive seats got drenched. Many retreated to watch from other parts of the stadium.) 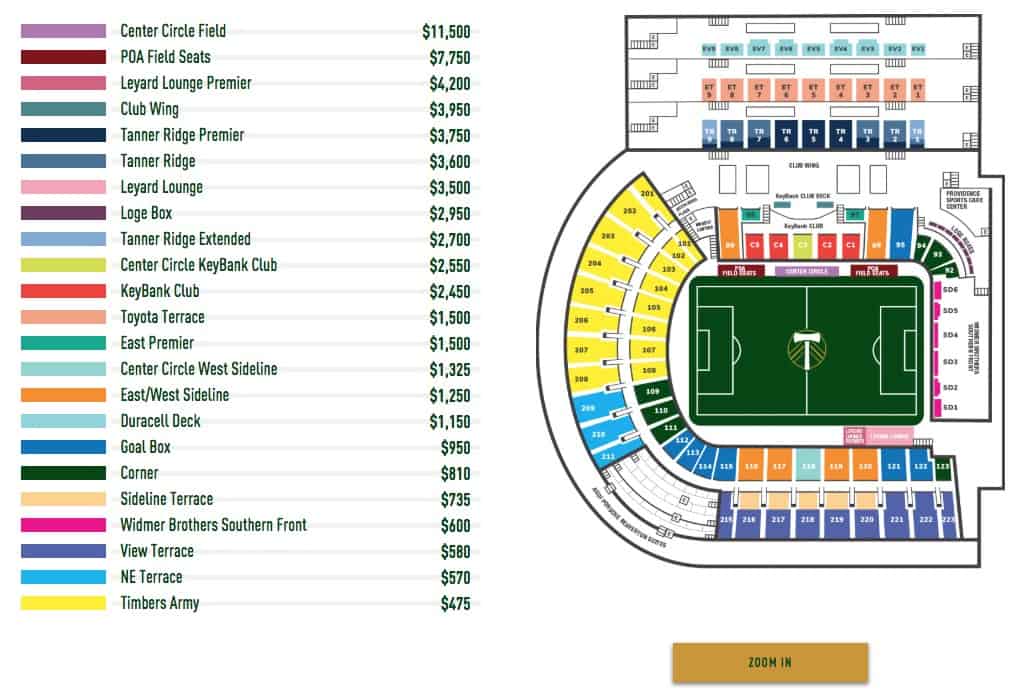 Now, $2690 isn't the end of the world. Sure, it'd be expensive if I were still deep in debt and struggling to get by. But I'm not. Today, I'm financially independent. I can afford some indulgences.

And that's for one of seventeen home games!

I calculate that our annual expenses for the Portland Timbers are at least $3500 — and they're probably closer to $4000.

I'm sure you'll agree that $4000 is a lot of money. That's a nice trip to Europe, for instance, like the one I made in May with my cousin Duane. That's a substantial portion of a new Mini Cooper. It'd fund an entire year of HelloFresh for two people, four nights a week.

I love the Portland Timbers. But do I love them this much? END_OF_DOCUMENT_TOKEN_TO_BE_REPLACED