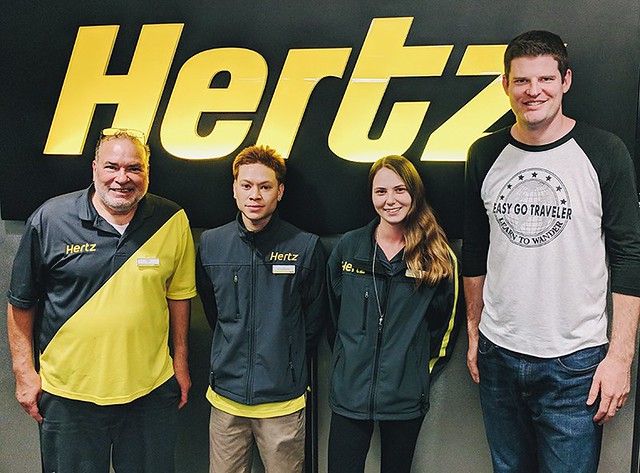 I'm relatively new to the world of travel hacking, the practice of accumulating credit-card miles and points to get free flights, hotels, car rentals, and more.

That said, I know many folks who consider travel hacking a hobby, and use their skills to earn big rewards. It's fun to listen to stories of the crazy things they sometimes do to earn points!

Yesterday, The Points Guy featured the story of J.J. Todd, the man who has earned 1.2 million United Miles since April by renting cars:

J.J. has been renting cars full-time since 2012. His car at the time broke down, and after completing a few calculations, he realized renting cars and earning airline miles with each rental would make more financial sense than owning a car.

When he learned that United and Hertz were teaming up for a bonus miles offer, J.J. sat down and did some math. He discovered that by renting a new car every day, he could buy miles at ~0.5 cents each, which is about 25% the value he places on them. He approached the staff of the rental agency to let them know his plans. With their blessing, he's been stockpiling points while driving a different car every day.