“You sure slept in late,” I said to Kim this morning.

“Yeah,” Kim said. “My wheels were spinning. I was trying to figure out why you've been so unhappy since we moved to this house. The more I think about it, the more I'm convinced it's because we don't live in a walkable neighborhood. That's so important for you. I think it makes a real difference to your mental health.”

Actually, when we moved to this place two-and-a-half years ago, the lack of walkability was a very real consideration. I thought about it. I talked about it. I wrote about it. In the end, though, I decided that the pros of the move would outweigh the cons. 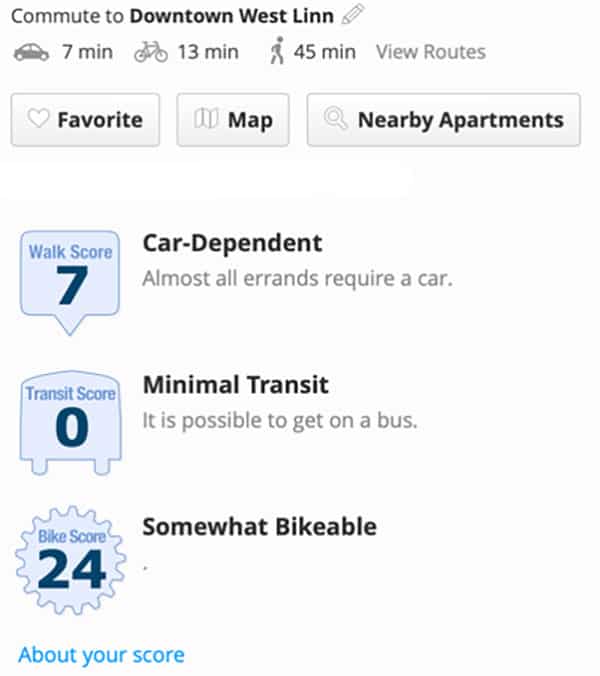 Since we moved, I haven't thought much about the lack of walkability here. I'm aware of it, sure, and I sometimes bemoan the fact that I can't just walk for errands. But Kim could be right. This could be a critical factor in my (lack of) recent happiness.

When we lived in Portland, it was easy to walk for nearly every errand. If the place I needed wasn't in the half-mile radius of our immediate neighborhood, it was almost certainly within the one-mile radius of our extended neighborhood. And some summer afternoons, I'd make the 2.7-mile walk to the next neighborhood over in order to access even more stores and services.

Here, outside of the two shopping centers that are 1.5 miles away, there are two additional commercial pockets that are each 2.9 miles away (at the bottom of the hill). Those walks are doable — but not often.

Other indicators are worrisome too. In the thirty months since we've lived here, I've gained thirty pounds. (I'm pleased to report that I seem to have arrested this weight gain, however, and am now losing weight.) My net worth has dropped $300,000 (!!!). I now get a few social interactions per week instead of a few per day.

I can't say there's a causal relationship between the move and these changes (although it sure seems likely). And I'm not saying that I want to leave this house. Because I don't. I told Kim as much this morning.

“I'll do whatever it takes to improve your mental health,” Kim said this morning. “Even if it means moving.”

I waved her off. “I think you're probably right about this. I think the lack of walkability probably has had a huge impact on me. But I don't want to move. That feels foolish. I love this place. I love my life here with you and our animals. I don't want to leave.”

Instead, I think I need to force myself to get out and walk more. I need to accept where I live and walk regardless.

A decade ago, when Kris and I were still married and living on the other side of the river, I was in a similar situation. The nearest grocery store was exactly one mile away. There were a few restaurants within 1.5 miles of the house. If I was feeling ambitious, I could walk the 2.7 miles to the nearest downtown area to access even more stuff.

For most of the time I lived in that house, I did not walk for errands. But during my last couple of years with Kris, I learned to walk. It became something I looked forward to. By the time we split up, I was often walking the five-mile roundtrip to the nearest town for lunch. I think that's something I could (and should) do here. 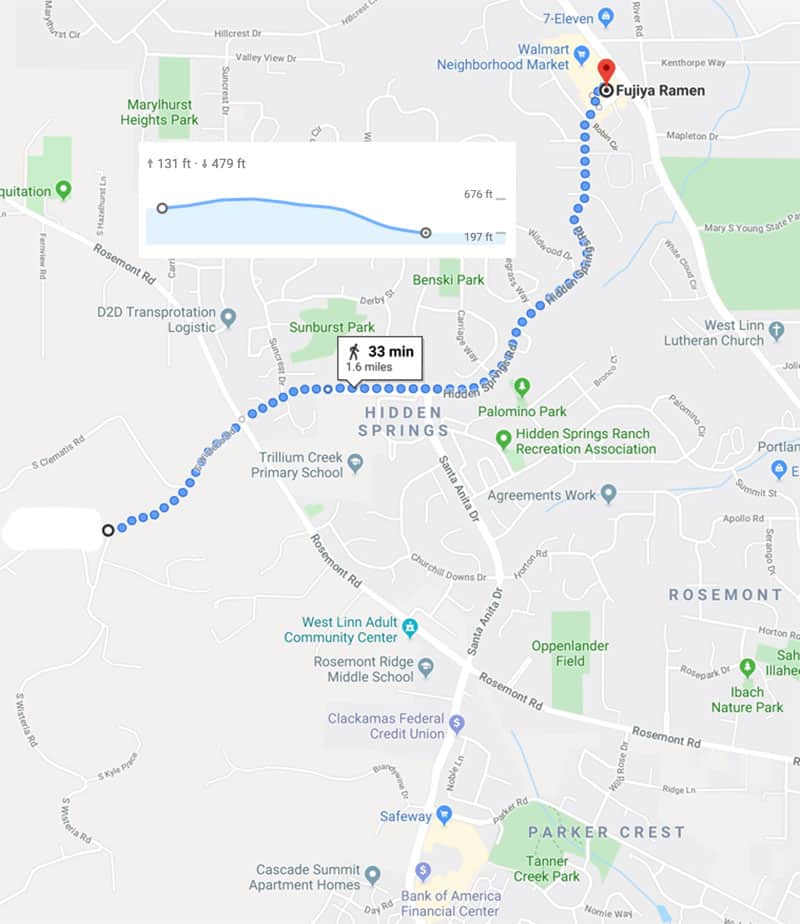 “You know what?” Kim said as we prepared to walk the dog this morning. “I think you might want to consider renting an office somewhere nearby. Even if it's just a small place. It'd be a way for you to get out of the house. And if the office was somewhere walkable, you could scratch that itch too.”

This morning, I sifted through Craigslist to see if there's any local office space for rent. There is, but not much. Five miles from our house, in the center of the next city over, there are two spots available.

Both of these spaces are in the same building, and the building is in the heart of a walkable downtown where we already do many of our errands. Plus, there's a Regus shared office space at the bottom our our hill, about 2.5 miles from the house. That's certainly walkable in summer and bike-able most of the year. (There's no much else in that particular neighborhood though.)

I've already sent email regarding the office space. Tomorrow, I'll drop by the Regus building to check out my options there. I think Kim may be on to something here.

In the meantime, I'm absolutely going to make myself walk more often — despite the fact that meterological winter starts today. When the cats need food, I'll walk to the pet store. For small shopping trips, I'll walk to the grocery store. And once or twice each week, I'll walk to a local restaurant for lunch (and to work).