The Basics of Bonds

Tomorrow morning, Get Rich Slowly will feature a guest post about how bonds work. Bonds don't get a lot of press. They're not as sexy as stocks, and many beginning investors simply ignore them. (I know that has certainly been true in my case.) Before tomorrow's story, though, I wanted to take some time to review the basics of bonds. 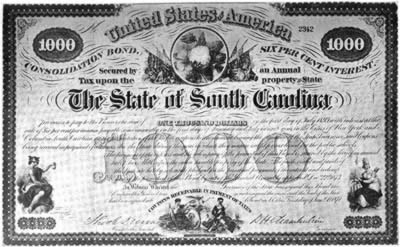 When you buy stock, you are buying a piece a company, but when you buy a bond, you are loaning money to an organization. Governments and corporations issue bonds to borrow money from investors. (For more on this topic, please review the difference between debt and equity.)

A bond is generally issued with a $1000 face value (also known as “par value”). The first person to buy the bond pays some amount of money (not always $1000), and the issuer promises pay $1000 to repurchase the bond when it matures. (Bonds can be issued for nearly any length of time, though certain periods are more common than others.) After its initial purchase, the bond can be bought and sold on the open market — and may trade for more or less than the initial price.

Bonds are rated based on their quality, or the likelihood that they'll be repaid. The highest-rated bonds are those with the least risk, and therefor the lowest yields. The lowest-rated bonds are the so-called “junk bonds”, which offer high returns but come with exceptional risk. “Investment-grade” bonds offer lower long-term returns than stocks.

Why would anyone buy bonds if they offer lower returns than stocks? Bonds offer less risk than stocks. As part of a diversified investment portfolio, they offer a safety net in times of a bear market. Bonds also appeal to those who require a regular income from their investments. Stocks may appreciate, but they don't actually provide income until you sell them. (An exception, of course, is stocks that pay dividends. Unsurprisingly, bonds and dividend-producing stocks often appeal to the same sorts of investors.)

There's much more to know about bonds, of course, but these are the basics. If you're interested, I encourage you to read the Fidelity primer on bonds — and come back for tomorrow's discussion of how bonds work! (You may also want to check out Treasury Direct, the U.S. government site devoted to bonds.)

Is $10 million enough to never worry about money again?

Purpose and the value of money

Which Should You Choose: Joint or Separate Finances?