Have you ever noticed all of the song lyrics about love and money?

Whether you side with Madonna or The Beatles on the issue of love and money, courtship can be costly.

When you imagine your ideal partner, you probably think of general characteristics you find desirable, not the financial implications of starting a new relationship. (So unromantic!). But there are usually a lot of dinners, movie tickets, gifts, and flowers involved in the journey from single to happily committed.

To quantify the cost of love, let's look at the typical expenses associated with dating over a one-year period, along with lower-cost ways to woo your sweetheart.

The cost of meeting somebody new 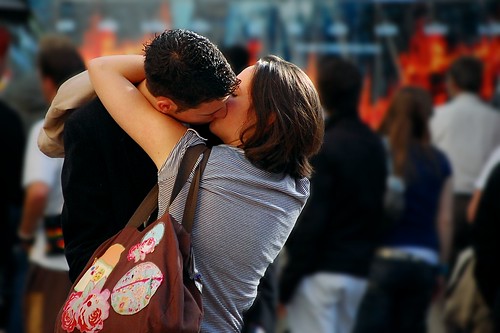 If you've tapped out your real-life social network, you might consider online dating, and you might get good results. A 2005 University of Bath study found that 94% of people who used Internet dating sites saw their partner again after the first date, and the relationships lasted an average of seven months.

If the thought of paying for an online dating service puts you off, Big Think points to a study showing that the time people give to a match depended on how much the dating site cost. Men who paid $50 spent an average of 49 minutes on the date, while the men who paid nothing for the match spent only 28 minutes on the date. You're also likely to receive less spam from mildly interested potential matches on paid sites.

On average, online dating sites cost $35—$50 per month, averaging $510 per year. A more frugal suggestion? Branch out by joining new groups and organizations. Always wanted to take up trail running? Find a group that meets in your area for 5 a.m. runs. Music lover? See if your city has a young professionals membership to the symphony.

Or, consider online social networking, which is the 21st century way of letting your friends hook you up. Facebook, for example, allows you to check out your friend's friends, and your mutual friend can setup a casual group date.

Going on averages, that's $600—$1200 per year spent on dates. But according to an ING Direct survey, most women aren't expecting a fancy dinner and expensive bottle of wine on the first date. The poll found that on average, men overestimate how much is expected of them.

There are plenty of free and low-cost date ideas that don't involve dining on a McBurger and fries, and we've covered many of them at Get Rich Slowly in the past. Picnics on the beach, comedy club improv shows, visiting the local aquarium, checking out a museum, hiking, and wine tasting are just a few examples of fun and memorable dates that won't break your savings account. Also be sure to sign up for daily coupon sites like Groupon and LivingSocial that offer deals on activities in your city.

So what does a more committed relationship cost? Business Week estimates that flowers cost the average single $110 per year. Then there are holidays, such as Valentine's Day. (After all, you probably don't want to launch into a tirade about how Valentine's Day is a materialistic Hallmark holiday when you've only been dating someone a few months. Save something for the six-month anniversary.) The average person was estimated to have shelled out $103 on Valentine's Day merchandise in 2010, according to the National Retail Federation's 2010 Valentine's Day Consumer Intentions and ActionsSurvey conducted by BIGresearch.

Assuming the average single spends about that much on birthday gifts and Christmas gifts, as well, we'll estimate total gifts and flowers at $419 per year.

Frugal options might include buying flowers at the grocery store, where you can get seasonal bouquets for $5—$10. As for gifts, plan ahead so you have time to be more creative. Your significant other will appreciate something thoughtful, like baking his favorite kind of birthday cake or making her a romantic dinner at home, more than picking up the obligatory (and overpriced) dozen roses, chocolates, and stuffed teddy bear from the Valentine's Day aisle (these homemade gift ideas are for Christmas, but can really be used all year-round).

So what's the grand total for one year of dating, from matchmaking to flowers? $1,529—$2,129, depending on your gender, it would seem. But then, as New Wave rock quartet The Knack sings, “you can't put a price on love.”

There are 60 reader responses to "The Cost of Love".