The Entrepreneurial Spirit, a Tribute to My Father

When I was very young he operated Steve's Lawnmowing Service. He also sold World's Finest Chocolate. He carried boxes of chocolate bars with him to church, and sold them after Sunday School. I remember standing on the church lawn, waiting while Dad joked and told stories and sold candy.

He tried lots of other things, too: he was a flight instructor, he sold Shaklee, he raised nursery stock. He read personal finance books. (The Richest Man in Babylon was one of his favorites.)

Dad's first real entrepreneurial success came with Harvest Mills, which he started in the mid-seventies. He built a wheat grinder from scratch. He liked it so much that he decided to sell them. He developed a system for manufacturing them in a production line. Then, further capitalizing on the health-food craze, he developed the Little Harvey food dryer. These sold well, and soon he had purchased one of the first plots of land in a new industrial park. Harvest Mills was a success. 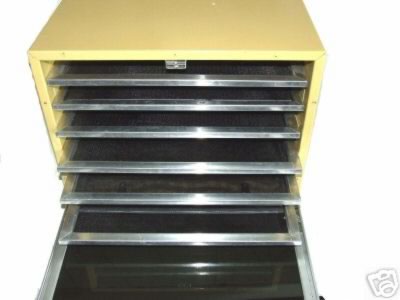 Dad sold the business in the late-seventies for a large sum of money. For reasons that are no longer clear to me, he never saw full payment for the business. (My memory is this: he sold Harvest Mills for $300,000 payable in ten yearly installments, but the buyer went bankrupt and somehow only one payment was made. Dad, who always had poor personal finance skills, squandered what money he had been paid on airplanes and sailboats, his expensive toys.)

The next six or seven years were tense. The economic outlook in the early eighties was poor. Dad moved from one sales position to another: selling staples, selling industrial supplies, selling boxes. He started other businesses: an accounting service (with software that he wrote in Microsoft Basic on an Apple II), a nursery (again), a wood stove manufacturer. These all failed.

On his fortieth birthday — 31 July 1985 — Dad left his job as a box salesman and founded what would become his greatest success: Custom Box Service. He worked night and day to create a business that could exploit a marketplace niche. He sold the boxes. He designed the boxes. He made the boxes. He delivered the boxes. He did the accounting. He lived and breathed boxes for a decade. One-by-one his three boys came to work for him.

Dad died ten days before the business's tenth anniversary, ten days before he would have turned fifty years old. Cancer ate his body, consumed his will. He left behind an unconventional inheritance: no money to speak of, but a growing, thriving business.

For the past eleven years, his children (and a nephew) have kept this business running. It now sells well over a million dollars a year. But none of us are entrepreneurs. We don't have that spark. Sometimes I sense a glimmer of it inside myself, but in order to prosper as an entrepreneur, you need chase a dream that you believe in one-hundred percent. Boxes are not my dream.

When I was a boy, Dad tried to foster my entrepreneurial spirit. He encouraged me to sell seeds from a magazine, but I was too shy to knock on doors. I also failed at selling greeting cards. He tried to teach me to peel chittum bark that could be sold to god-knows-where for use as a natural laxative. (He had done this himself to earn money as a boy.)

Sometimes, if I were personally vested in the enterprise, I relished buying and selling things. In fourth grade, in order to generate money for new comic books, I took my old comics to school and sold them. I took my Star Wars trading cards and repackaged the doubles, selling each thick bundle for twenty-five cents each. I sold my old Hardy Boys books to buy new ones.

Now, for the first time in twenty years, I'm beginning to feel a bit of the entrepreneurial spirit. I have an idea, a plan, a vision.

I am now ready to become an entrepreneur, too. 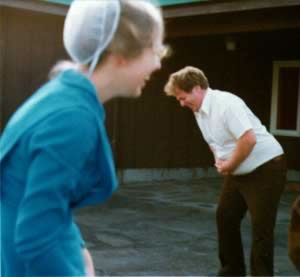 This is how I like to remember Dad: busting a gut over something.
More about...Side Hustles
J.D. Roth

How to open multiple accounts at ING (now Capital One 360)

How do you know if a vet procedure is really necessary?

What if the Stock Market Makes You Nervous?

Yes! Sign up and get your free gift
8 Comments
Oldest
Newest Most Voted
Inline Feedbacks
View all comments