Yesterday a reader named Dave Black left a long comment on an old article about how to buy a new car without getting screwed. This is his glimpse into the inner workings of a car dealership. I've edited Black's comment to make it a little more readable, but the advice is all his. 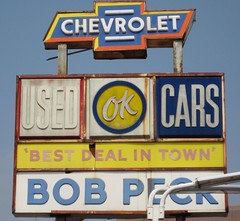 I sell cars, and believe me, there are lots of opportunities for a car dealership to make money.

Front of the house profit is derived from the MSRP less the invoice price (the price the dealer actually pays for the car). Each deal has a “pack charge” or “lot fee” of $200-600 or more that goes in as part of the dealer cost, so when a dealer tells you for example, our invoice is $22145, you can subtract $200 to $600 for the lot fee. There are also dealer rebates and consumer rebates to factor in.

On the sales contract there is always a “doc fee” of again several hundred, and a fee for title processing and sales tax. All but the sales tax can be negotiated.

Never trade your car in unless it has major problems and you just need to dump it. You don't really know how much you are getting off the new car for the value of your trade. Most dealers I have worked for use “rough black book”, which is a number that they can start with before they do an appraisal on your car.

The back of the house profit comes from the finance office. Let's say you have great credit. They could qualify you for 5.5% loan or less, but the finance manager may hit you at 7.5% and tell you that's the best he could get. This can be negotiated, too. There is a lot of money being made on raising your interest a couple of points.

Do not buy any add-on service contracts and warranties. The profit on those is 50-100%, and the finance manager is a commissioned salesman. Remember that!

Do not try to bluff or BS anyone in the dealership — they are a lot better at it than you are, and they do it far more often.

Most salespeople do not make a lot of money. I have made as little as $300 a week and as much as $3500 in a week. My average is around $40,000 a year working five days and 55 hours a week. It's a difficult job. The salesman is trying to negotiate between you and his sales manager. He is more on your side than you might think. He wants referrals, and he will work you hard after the sale, so he wants you to understand that he is going to get you the best deal he can and still make a profit.

Most deals on new cars pay minimum commission — $100 to $150 — because the profit margin on new cars is lower and the competition is higher. You can easily compare prices on new cars because every dealer sells the same car. Used cars have more profit built in, and there is no simple way to price shop because condition and mileage on each car varies so much. 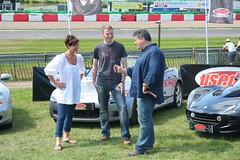 Do not offer a price that is way too low. Be realistic. We are there to make a profit, and we must not sell cars at a loss. Give us a break. Don't lie or steal from us, and we will treat you right.

The best time to buy a car is end of the month and before the new model year comes out. Monthly bonuses for volume can be very good, so they might be more willing to do a loser sometimes and make up for it on bonus.

Most dealers and salespeople are good honest hard-working people with families and lives like yours. Treat them with respect — they deserve it.

Driving through a lot drives us crazy. If you are really interested in looking at cars, stop and get out and let one of us open the car up and give you a demonstration. If you aren't really ready to buy, go to the lot after hours so you're not wasting anyone's time but your own.

Once I had a customer came in and tell that me he and his wife would like to check out a couple of cars. He said he would give me $20 to work with them for a while even if they did not buy. I liked this. Now the salesman is motivated to work for the customer as well as the dealer — he can't lose either way.

J.D.'s note: Black's comments about financing made something clear for me. The last time I bought a car, I thought I got a good deal — $500 over invoice. But I was surprised at the relatively high interest rate. “Are interest rates really that high?” I asked. “Yes,” the salesman said. I didn't know enough then to argue the point. I just took the high interest rate. Now I know it was a way for the dealership to make back the money they'd given up on the sales price. Chevy sign photo by rjs1322. Negotiation photo by Tony Lanciabeta.

17 Ways to Save Big at the Supermarket

Early Retirement: Couples Who Made It Happen

Why you SHOULDN’T prepay your monthly bills