There is no secret: The myth of the Law of Attraction

This review was written several weeks ago, but I shelved it for fear of making anyone cranky. Things have changed. The Law of Attraction cultists are out in force, and they're gunking up my site with comment spam. Now I'm having my say — I'm fighting back.

The Secret is a best-selling motivational book (and DVD) published last fall. 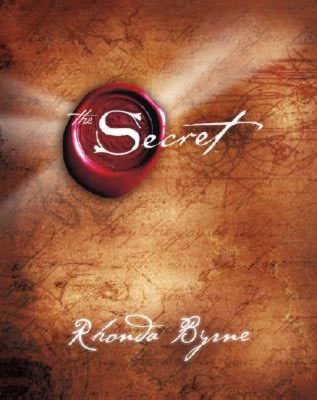 I didn't hear about it for a long time because I live in an intentional media vacuum. After a couple people recommended it, I read it. Twice. Not because I liked it, but because I can't believe that people still fall for this crap.

What is the “Secret” of The Secret?

The “secret” is the Law of Attraction, which is not actually a law of anything. The Law of Attraction states that your life is a result of the things you think about. From a psychological perspective, this notion has some merit, and if the book explored the existing literature and research on the subject, I might not be writing this review.

But the book does nothing of the sort. The Secret offers no evidence of any kind: no scientific discussion, no experimentation, but only scattered cherry-picked anecdotes. It's the worst kind of pseudo-scientific baloney. Die-hard believers, such as Rhonda Byrne, the book's author, have elevated the Law of Attraction to a whole new metaphysical realm. They've stretched valid psychological ideas to cover everything in life, and it just doesn't make sense.

Here's how Byrne claims the Law of Attraction works:

Thoughts are magnetic, and thoughts have a frequency. As you think, those thoughts are sent out into the Universe, and they magnetically attract all like things that are on the same frequency. Everything sent out returns to its source. And that source is You.

Believing involves acting, speaking, and thinking as though you have already received what you've asked for. When you emit the frequency of having received it, the law of attraction moves people, events, and circumstances for you to receive.

Receiving involves feeling the way you will feel once your desire has manifested. Feeling good now puts you on the frequency of what you want.

Don't worry if that didn't make sense. It doesn't make any more sense in book form.

The Secret to Money

In each chapter, Byrne and her team of “experts” offer advice on how to apply the secret to some aspect of life. For example, in “The Secret to Health”, we learn that germ theory is bunk:

You cannot “catch” anything unless you think you can, and thinking you can is inviting it to you with your thought. You are also inviting illness if you are listening to people talk about their illnesses.

Don't worry about the avian flu. If you don't think it can affect you, you're safe! I'm sure medical researchers are taking notes. Since this is a personal finance blog, let's look at the book's advice about money:

The only reason any person does not have enough money is because they are blocking money from coming to them with their thoughts. Every negative thought, feeling, or emotion is blocking your good from coming to you, and that includes money. It is not that the money is being kept from you by the Universe, because all the money you require exists right now in the invisible.

This kind of crap is dangerous. It's get-rich-quick drivel of the worst sort. It doesn't help people address their money issues. It puts them into a pattern of wishful thinking.

Just as the “Think Method” could not turn Harold Hill's music students into virtuosos, this advice will not help you achieve prosperity. These may be useful exercises to change your mindset about money, but they're not going to make you rich.

It can be comforting to embrace ideas like these. I know. When I was at financial rock-bottom a decade ago, books like this brought me solace. But they also led me to more debt. Wealth requires more than just thought — it requires action. And not the sort advocated by David Schirmer in The Secret: 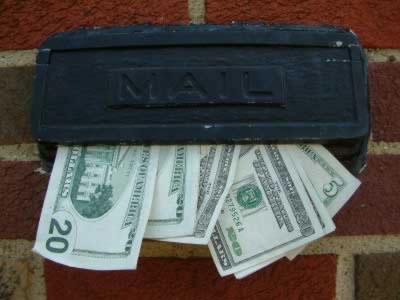 Visualizing checks in the mail will not make them magically appear. When I say “money is more about mind than it is about math“, this is not what I mean. I'm talking about mental toughness, about self-discipline, about changing beliefs and thought patterns. I'm not talking about “manifesting” checks in your mailbox.

You Are What You Think

The Secret is a motivational book. It can inspire you to set goals, and to visualize the life you'd like to lead. A lot of its techniques are time-tested psychological tricks to help keep you motivated. I like this.

The book loses me, though, when it claims that the Law of Attraction is a “universal law” such as the law of gravity. The Secret attempts to combine Christianity (Jesus followed the Law of Attraction, don't you know?), quantum physics, and more in an effort to convince readers that our minds are some sort of universal force governed by frequencies and wavelengths and so on. This is bullshit of the highest order, and it makes me angry. To quote Han Solo, “There's no mystical energy field that controls my destiny.”

What's more, its proponents want you to believe that everything that happens on the Earth (and in the rest of the universe) is a result of the Law of Attraction. This sort of absolutism is absurd. Everything that happens to us is a result of our thinking? Do tell. Six million Jews? Tsunami victims? What, they're all collectively wishing the ocean would wash them away? Here's how Byrne rationalizes tragedy:

Often [people] recall events in history where masses of lives were lost, and they find it incomprehensible that so many people could have attracted themselves to the event. By the law of attraction, they had to be on the same frequency as the event. It doesn't necessarily mean they thought of that exact event, but the frequency of their thoughts matched the frequency of the event. If people believe they can be in the wrong place at the wrong time, and they have no control over outside circumstances, those thoughts of fear, separation, and powerlessness, if persistent, can attract them to being in the wrong place at the wrong time.

The Secret is not for me. 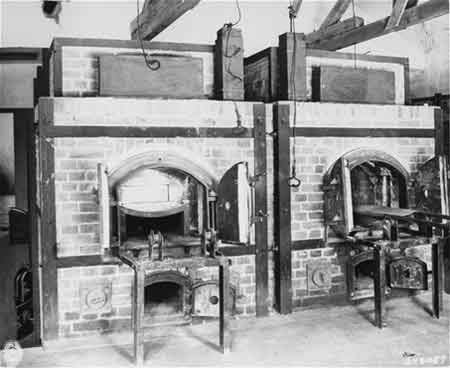 The Law of Attraction in action?

Byrne doesn't offer a single piece of evidence to support her claims. She and her experts provide anecdotal accounts of The Law of Attraction at work, but these accounts are meaningless. Some can be explained by coincidence. Others are a result of the real psychological effects of believing in yourself and maintaining a ready mind. None of them have anything to do with your thoughts “manifesting” themselves to the Universe.

It also bugs me when Byrne tries to imply that great thinkers throughout history were believers in The Law of Attraction. (She cites Einstein over and over in an attempt to bolster her credibility through association.) These thinkers may indeed have believed in the importance of goals, positive thinking, and mental toughness, but most of them — especially the scientists — would probably disapprove of being associated with this pseudo-scientific nonsense.

Don't get me wrong: the psychological ideas at the heart of The Secret are excellent. There is true power in positive thinking. Believing in yourself is a great way to to develop confidence. But The Secret promises too much; it goes too far in declaring that the Universe will grant all of your desires if you simply wish hard enough. Haven't we outgrown that?

Go ahead and follow Byrne's general advice. But back up your goals and your visualizations with action and hard work. Make your dreams come true — don't just dream them.

If you find the ideas presented in The Secret intriguing, and want to learn more about the psychological ideas without being subjected to the metaphysical stuff, you might enjoy these books:

Here are some other articles critical of The Secret and the Law of Attraction.

The first twenty minutes of the film version of The Secret are available on YouTube. I would embed the video here, but the copyright holders have added some extra verbiage to their post. I don't think this actually negates the YouTube terms of service, but I'm not going to take a chance. I do feel safe republishing the following “visualization tools”. The first one, “The Secret to You” is good. I like it. It's filled with uplifting affirmations, and I think it would be an excellent thing to watch every day:

“The Secret to Riches” visualization tool, on the other hand, is plain silly:

Why gold should be part of your investment portfolio

The Fear of Missing Out